“Except those people aren’t chickensh*t like the three of you,” Wallace said of the recent panel on Ingraham's show 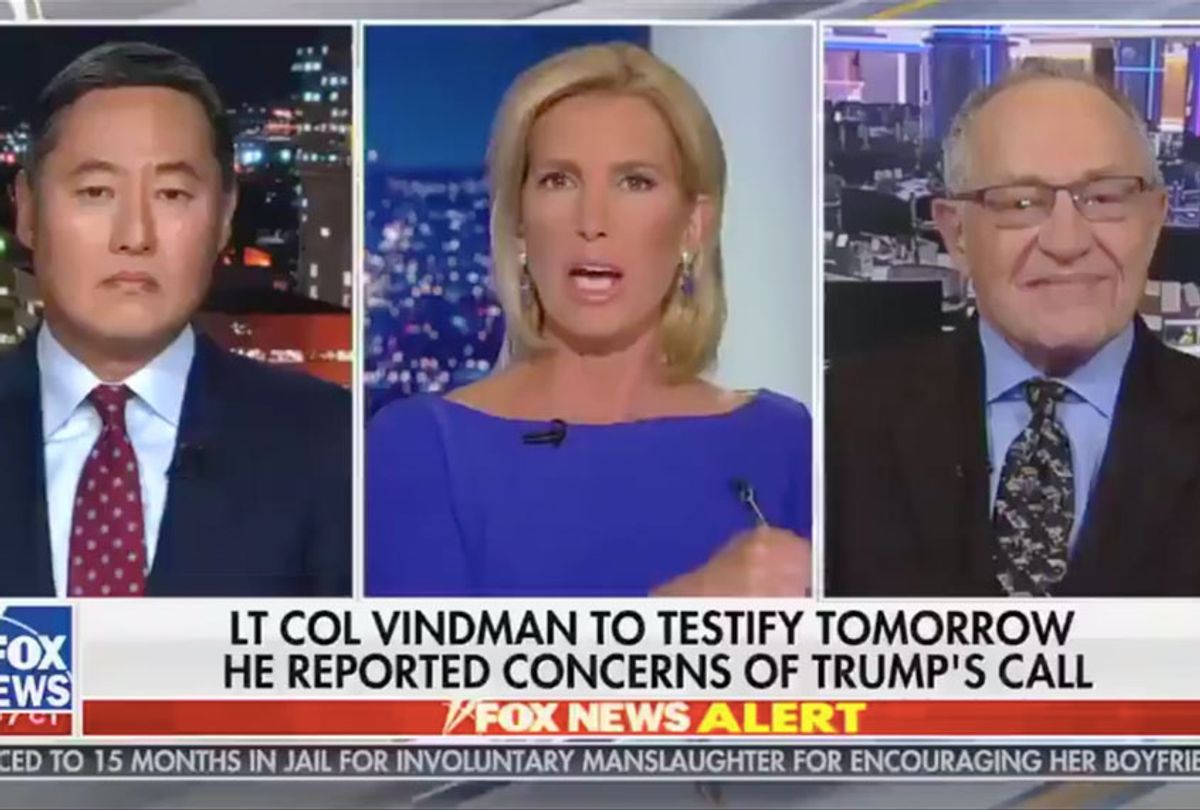 Republicans and Fox News have worked to undermine any person who comes out against President Donald Trump, whether the person is respectable, honorable, truthful or not. An angry Nicolle Wallace called Fox News “chickens*it.”

Republicans have accused Lt. Col. Alexander Vindman of disloyalty, saying he has dual citizenship, which when used against Jewish people is generally seen as an anti-Semitic trope. Instead, Vindman came to the United States as a Jewish refugee at the age of three. He and his brother both serve in the military and have dedicated their lives to serving America.

“He was awarded a Purple Heart,” Wallace said after describing Vindman’s tours in Iraq and injury due to an IED. “Vindman has a master’s degree from Harvard. He’s worked in several embassies and joined the National Security Council last year after passing an extensive background check. Unlike some other West Wing advisers we know.”

His background, service and biography make the attacks against him “remarkable,” Wallace said, though she didn’t mean it in a good way.

“At a time when once sacred institutions and their leaders have stopped being noteworthy of newsworthy. Trump went from not knowing him to calling him a ‘Never Trumper’ in the course of an hour and a half this morning,” Wallace reported.

That, however, doesn’t hold a candle to what Fox News has tried to do to the soldier.

She played clips of the videos from “Fox & Friends” disparaging the man and his family. Former Republican Rep. Sean Duffy too went after Vindman for standing up for the law. Laura Ingraham and her guests alleged the decorated war veteran was guilty of treason for reporting Trump’s illegal activity.

“Except those people aren’t chickensh*t like the three of you,” Wallace said of the Fox News panel. “They know he passed a background check that the president’s daughter and son-in-law didn’t.”

“Did you just say what I think you said?” a guest asked off-screen.

Applause could be heard in the background.

Watch the moment in the video below: