Payday lenders brag about access to Trump, GOP — but they're worried about Warren

Payday lending bigwig bundles big money for Trump, brags of access to RNC head: "Ronna, I need help on something" 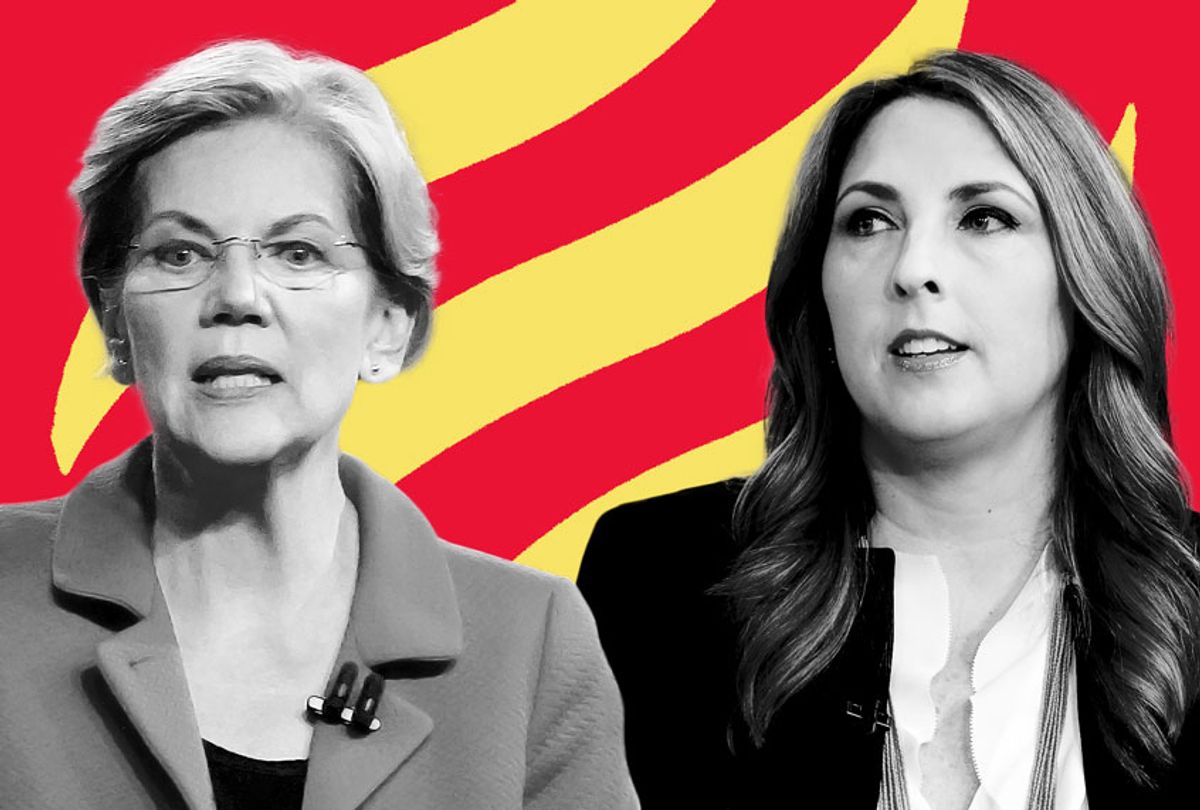 Payday lenders were recorded discussing how to leverage their contributions to President Donald Trump’s campaign to weaken government regulations of the industry with help from his administration, according to a recording obtained by The Washington Post.

Michael Hodges, the founder of payday lending giant Advance Financial, told industry colleagues during a Sept. 24 webcast that he successfully bought influence with the Trump administration.

“For example, I’ve gone to Ronna McDaniel and said, ‘Ronna, I need help on something,’” he said, referring to the chairwoman of the Republican National Committee. “She’s been able to call over to the White House and say, ‘Hey, we have one of our large givers. They need an audience. … They need to be heard and you need to listen to them.’ So that’s why it’s important.”

Hodges made the comments as the payday lending industry, which charges notoriously high-interest rates on short-term loans, awaits new rules that could weaken those put in place by the Obama administration, which require lenders to confirm that customers can afford to repay the loan amount.

Hodges and three other industry leaders discussed their qualms about the presidential campaign of Sen. Elizabeth Warren, D-Mass., and their distaste for Rep. Maxine Waters, D-Calif., the chairwoman of the House Financial Services Committee, but praised Trump as their “ultimate backstop.”

“When Trump was elected, the needle moved in our favor — finally,” said Max Wood, who heads Borrow Smart Compliance. “If you need something and we may need something … then it would be good to be able to pick up the phone and call someone that could get the president’s attention.”

Wood told the audience that contributing to Trump’s campaign would give Hodges “access in the event that we need to have access to the president.”

Hodges urged the audience to give as much as they could.

Hodges said that he already contributed more than $1 million to Trump’s campaign. His firm donated more than $965,000 to campaigns in 2018 and has already donated more than $667,000 this election cycle, with nearly all the money going to Republicans, according to the Center for Responsive Politics.

Hodges added that holding high-dollar fundraisers “raises the clout of that fundraiser so that when you go and speak to the administration through the campaign, they will listen.”

Wood posted the video of the webinar to YouTube, but deleted it after it was flagged by the Post and declined to respond to questions. Hodges denied to Post reporters that he ever used the funds he raised for Trump to ask for help from the administration despite his claim in the video.

But during the webcast, Hodges told the audience that it would be a “boost” if he could show the campaign that he brought in new donors.

The RNC did not deny that McDaniel helped connect Hodges with the administration.

“Part of the RNC’s job is sharing what we hear from supporters across the country with party leaders,” RNC spokesman Mike Reed told The Post. “We often will connect our supporters with other Republican officials when they have a message they would like to pass along.”

Two advocacy groups that first flagged the video, Allied Progress and Americans for Financial Reform, said that the video revealed the dirty truth about how influence is purchased in Washington.

“We have here a striking example of how money in American politics leads to the abuse of consumers in the financial services marketplace,” Americans for Financial Reform’s Linda Jun told the Post. Derek Martin, who heads Allied Progress, added, “This presentation reflects the worst of Washington, D.C. — wealthy executives buying off politicians so they can keep their predatory business model intact.”