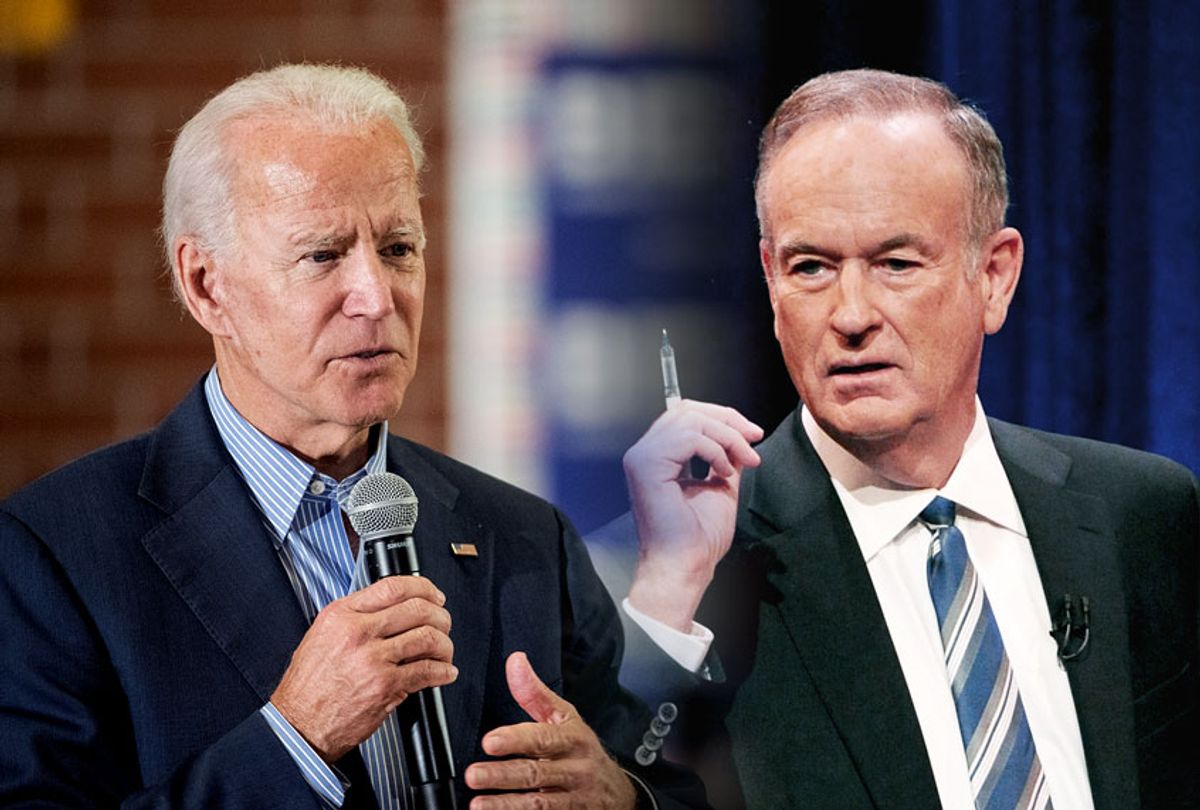 Former Fox News host Bill O’Reilly, who resigned in disgrace in 2017 amidst numerous sexual misconduct accusations, told his former colleague Sean Hannity on Wednesday that he believes former Vice President Joe Biden should be impeached as soon as he enters the White House if he wins the 2020 presidential election.

"Look, my sources are in the room. I’m getting a full accounting every single day of what’s going on there. And 95 percent of this is going really badly for the Democrats, but it’s like they can’t stop themselves,” Hannity told O’Reilly.

O’Reilly replied by saying that “if Joe Biden is elected president, the day after he’s sworn in, he has to be impeached. For what he did in Ukraine, right?"

O’Reilly elaborated on his vision, telling Hannity that on inauguration day “Biden goes out to the parade in Washington and, you know, he waves and everything, goes into the Oval Office. And the next day he’s served with impeachment papers!”

Hannity was pleased with the idea, telling his erstwhile colleague that “you and I will be on the parade route. You can wear your Halloween costume of [House Intelligence Committee Chair Adam] Schiff, D-Calif., and I’ll be holding up a sign ‘Impeach Biden.’”

O’Reilly then argued that “if what Donald Trump did is impeachable by trying to get the Ukraine to cooperate in a Justice Department investigation, which is real, then Joe Biden telling the Ukraine that you’re not going to get a billion unless you fire somebody, that’s impeachable too, is it not? Why wouldn’t it be?”

Despite Biden’s and O’Reilly’s assertions to the contrary, there is no evidence that Hunter Biden committed any crimes in Ukraine. Although he did serve on the board of a Ukrainian gas company named Burisma during his father’s vice presidency, he was never accused of criminal wrongdoing. The prosecutor who was fired was opposed by a large swath of the international community because he was perceived as being soft on corruption, and that was the sole reason why then-Vice President Biden (among others) pushed for him to step down.

President Donald Trump is currently facing impeachment in the House of Representatives because of a July 25th phone call with his Ukrainian counterpart, President Volodomyr Zelensky, in which he tied the providing of previously allocated military aid to that country with their willingness to help him dig up dirt on the Bidens. At that time, Biden was the frontrunner in the Democratic Party presidential primary polls and was decisively ahead of Trump in most general election polls.

Although the president could conceivably get impeached, given that the House of Representatives decided whether to impeach a president and is currently controlled by Democrats, it is widely considered unlikely that he’d be removed from office. The Senate would need to convict the president by a two-thirds majority to remove him from office, and Republicans control that body with 53 members to the Democrats’ 45 (there are also two independent senators that traditionally vote with the Democrats).

Listen to the conversation below: