How an Aurora church, remade into a refugee center, became a model for humanism 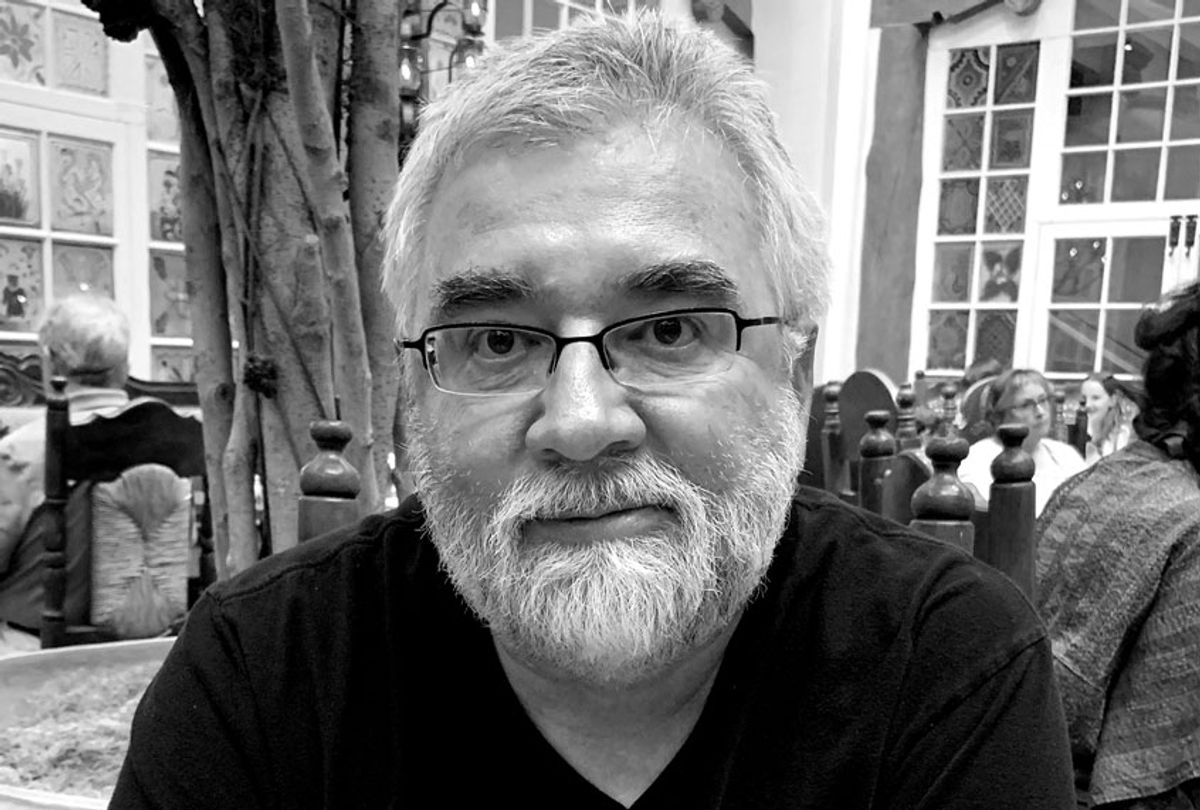 America is undergoing a seismic religious shift. The percentage of Americans who belong to a church or other religious institution has declined by 20 percentage points over the past 20 years, according to a recent Gallup poll, hitting a low of 50 percent in 2018. Contrast that to 1999, when Gallup said church membership was at 70 percent. This comes at a time where a quarter of Americans say they think of themselves as “spiritual” but not religious.

There are many theories as to why organized religion is becoming less popular in the United States, one being disappointment with the conduct of church leaders in the Catholic Church. Another, as David Campbell, a University of Notre Dame political science professor, told AP News, it could also be the “allergic reaction many Americans have to the mixture of religion and conservative politics.”

Whatever the reason, the decline in those who practice religion has resulted in a decline in churches and religious institutions around the country: 6,000 to 10,000 churches close each year. As this trend continues, this is a lot of debate about what to do with the buildings after congregations close, especially since churches store generations of memories. In Aurora, Colorado, St. Matthew Lutheran Church pastor Marcel Narucki confronted an uncertain future as membership began to dwindle. His church, which once boasted 300 congregants, hosted 15 people on a typical Sunday near the end.

The documentary “My Father’s House” depicts Narucki presiding over his final service, but the story doesn’t end with the last prayer. Narucki and his stepdaughter, Amanda Blaurock, saw an opportunity to remake the church into a community center and multi-faith worship space for immigrants and refugees — fitting, given that Aurora is one of the most diverse and immigrant-rich cities in the country. Today it is the Village Exchange Center, and describes itself as a “‘one-stop-shop’ supporting integration, engagement and empowerment of newly arrived residents.” The center serves between 2,000 and 2,500 residents monthly and offers various services like workforce develop development , entrepreneurial training, and English-learning skills.

We spoke with Narucki to learn more about the transition from closing the church and opening up a multi-faith center.

Can you tell us more about yourself and what led to the making of this documentary?

I was the pastor of St. Matthew in Aurora, Colorado. We were, over the last 20 years, shrinking and getting older. We needed to do something in order for us to rebirth, and if not rebirth, at least leave some kind of legacy because we were kind of looking at the end.

I was sharing with Amanda the process, and she said, "Look, why don't we just open a community center?" I hadn't thought of that. I thought, "Yeah, let's do it." We proposed that to the community, to give the building to become a community center for refugees and immigrants. And the community voted unanimously to do that. Minimally, we will have left a legacy of helping people. We also had kind of a hope for rebirth through this new engagement with the neighborhood. We ended up closing. I think we were too old and too few, and we just weren't able. The community could have continued there, we had an office and we continued to worship there, but it became too hard for us to continue. That's the bare bones of the story of how the village exchange started.

Can you share more about the closing? A lot of communities around the country are experiencing those.  What was that experience like?

There's different layers to it. When you're the pastor of a congregation, you're very much emotionally tied with the congregants, and for them it was a death too close. And it was for me too, but I was also transitioning to this new thing. It wasn't as traumatic for me. It was the closing of a community and communal life, which is what happens when a church closes because people are tied into this network and relationships. It's not just the death of a place to express your faith, it's also the death of where people have been connected. The village exchange became then a different kind of community.

It's a beautiful story — that the death of one thing doesn't mean like a bleak ending. How is running a church different from running a refugee center?

Lots of similarities and lots of differences. Because it's multicultural and multi-faith and we're very explicit about that. It is having to deal with the cultural other, which is very different than being with a bunch of Germans. You realize that you have a lot in common with other people, humor is one of those things, that playing with people that you kind of be very universal. But there's also differences as, maybe too simple. For example, in a Lutheran Church, children run free in the church, they're considered undisciplined. Whereas for a Congolese congregation, that's totally the norm. There are lots of situations where there's cultural presuppositions, and it's good for us to realize all of us, I think that we all carry these presuppositions when we encounter the other, and it's not a moral weakness. It's just difference. Pure and simple.

I’m curious if you could share more about working with and coexisting with all different faiths. As a Lutheran pastor, how has that changed your perspective on religion?

We have three congregations, Christian congregations worshiping every Sunday. But we've had Ramadan events. We've had Hindu festivals, Buddhist. We're very intentional about being multi-faith center. Because faith is so critical to people's identity, especially as we were just saying, especially in difficult situations. We wanted to be very intentional about creating a safe space for people's faith. So, there's a universal experience about faith, that people, I guess we all share faith. People who believe in God or even ... It doesn't even have to necessarily even be framed in that way. But kind of looking beyond yourself is faith. Beliefs can have content, "Okay, I believe in Jesus and or whatever." That's content. But faith is self-transcendence, and we all share that. And it's very beautiful for me. When I attend the Hindu festival, you look at people's faces, the prayer and the joy and it's something that looks familiar.

A  lot of communities are experiencing churches closing down, which could be contributing to America's loneliness epidemic.  What would you tell these communities?

In the process, this is something I've observed with my congregants. The community voted unanimously to give the building [to this new cause]. But when it came to the nuts and bolts of encountering people from other countries, there was a lot of difficulty for some of the old timers. I would say for all of us, don't be afraid of the other, and hold back judgment. Connecting those areas where we clearly recognize our own humanity in the other, and don't be quick to judge differences. Allow things to speak for themselves, you have to give it time. And don't be afraid. There's a rich reward in doing that. We're all enriched by encountering the other.