Buttigieg on Warren's "Medicare for All" proposal: It's not that "hers is the only solution" 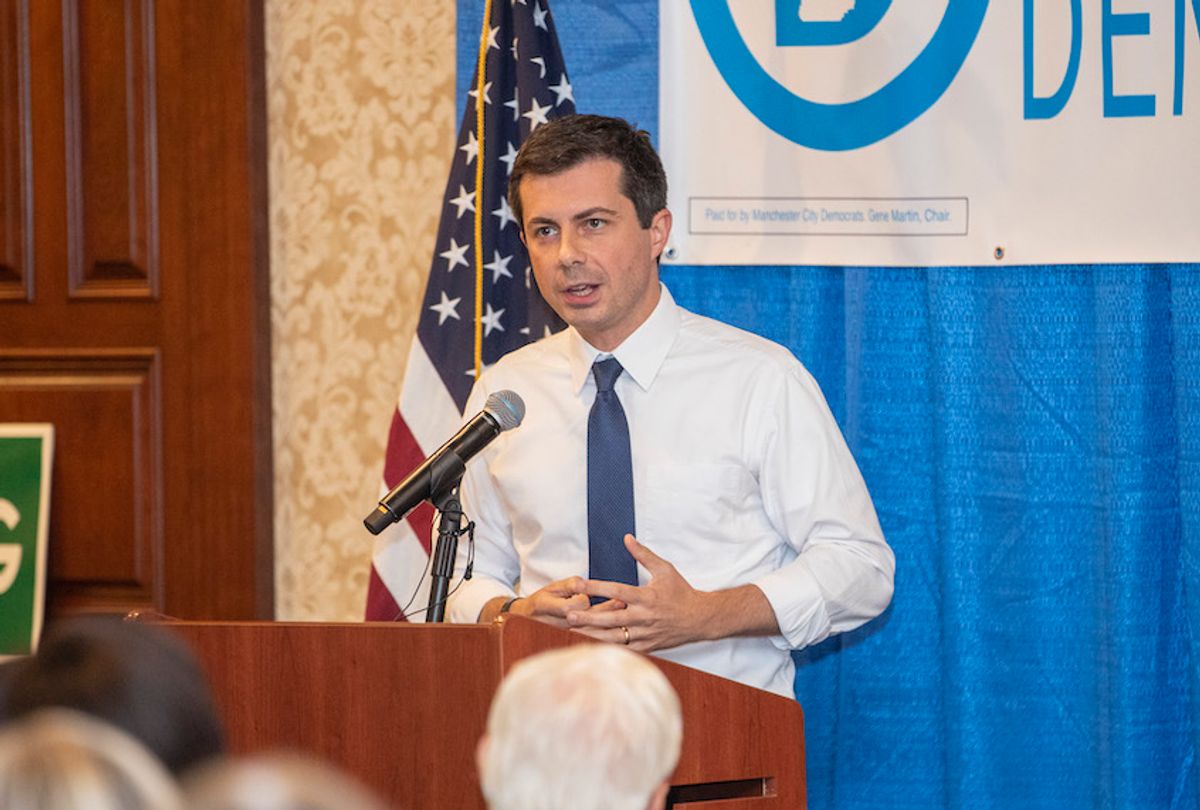 On Sunday South Bend, Indiana Mayor Pete Buttigieg appeared on ABC's "This Week" to discuss his prediction that the Democratic presidential primaries would become a competition between himself and Sen. Elizabeth Warren of Massachusetts and his reasons for opposing Warren's Medicare for All plan.

"This Week" co-host George Stephanopoulos began by asking Buttigieg about his remarks in an upcoming "Showtime" interview that the Democratic presidential primary would become a contest between himself and Warren. Stephanopoulos said that a recent ABC News/Washington Post poll showed former Vice President Joe Biden has the lead in national polls with 28 percent, followed by Warren at 23 percent, Sen. Bernie Sanders of Vermont at 17 percent and Buttigieg at nine percent. He added that Buttigieg had made gains in that poll and that in the Iowa caucus — the first state to hold a primary election and as such a very important one — Buttigieg and Warren had both made gains while Biden and Sanders had "slumped," bringing all four candidates within a five-point margin of each other.

"There is a tremendous amount of energy for a range of candidates who are extremely capable," Buttigieg told Stephanopoulos. "I'm proud to be part of the most diverse field that — I think ever in Democratic presidential politics and some formidable competition." He also said that he believes "voters are really narrowing down their choices and instead of just getting to know us, now they’re really making up their minds."

Buttigieg's comments aroused controversy, with President Barack Obama's former campaign strategist David Axelrod tweeting that the mayor's remarks were "the campaign strategist’s nightmare: When the candidate goes all pundit in an interview. Unhelpful."

Stephanopoulos also asked Buttigieg about his criticisms of Warren's Medicare for All proposals.

"What is just not true is that hers is the only solution," Buttigieg said. "This my way or the highway idea, that either you're for kicking everybody off their private plans in four years or you're for business as usual, it's just not true. I'm proposing Medicare for all who want it."

After Stephanopoulos asked whether Buttigieg's objection to Medicare for All is that it can't pass or wouldn't work, the South Bend mayor replied that "I think it could very well be the long-run destination, but I think there's got to be some humility in our policy here. Let's put this out there and see if it's really the best plan for everybody." he added that "if it's the right plan, then everybody will move to it until it is the single payer. And if it's not the right plan for everybody, then we're going to be really glad we didn't kick some Americans off their private plans."

Stephanopoulos also asked Buttigieg about the "credible economists she says who supported President Obama's plan to say that the numbers she has do add up" and that Warren's plan would not be expensive for the middle class.

"Well, the math is certainly controversial," Buttigieg told Stephanopoulos. "Again, there are variations in the estimates in the trillions and trillions and trillions of dollars. And we don't have to go there in order to deliver health care to everybody. My plan has a total cost over ten years of $1.5 trillion. It can be fully paid for with a combination of rolling back the corporate Trump tax rate cut, and the savings we're going to get for allowing Medicare to negotiate. So, it's paid for. It works."