Will "post-truth" politics be capitalism's undoing?

Enlightenment ideals like rationalism opened the doors for capitalism's rise. What happens in a post-rational era? 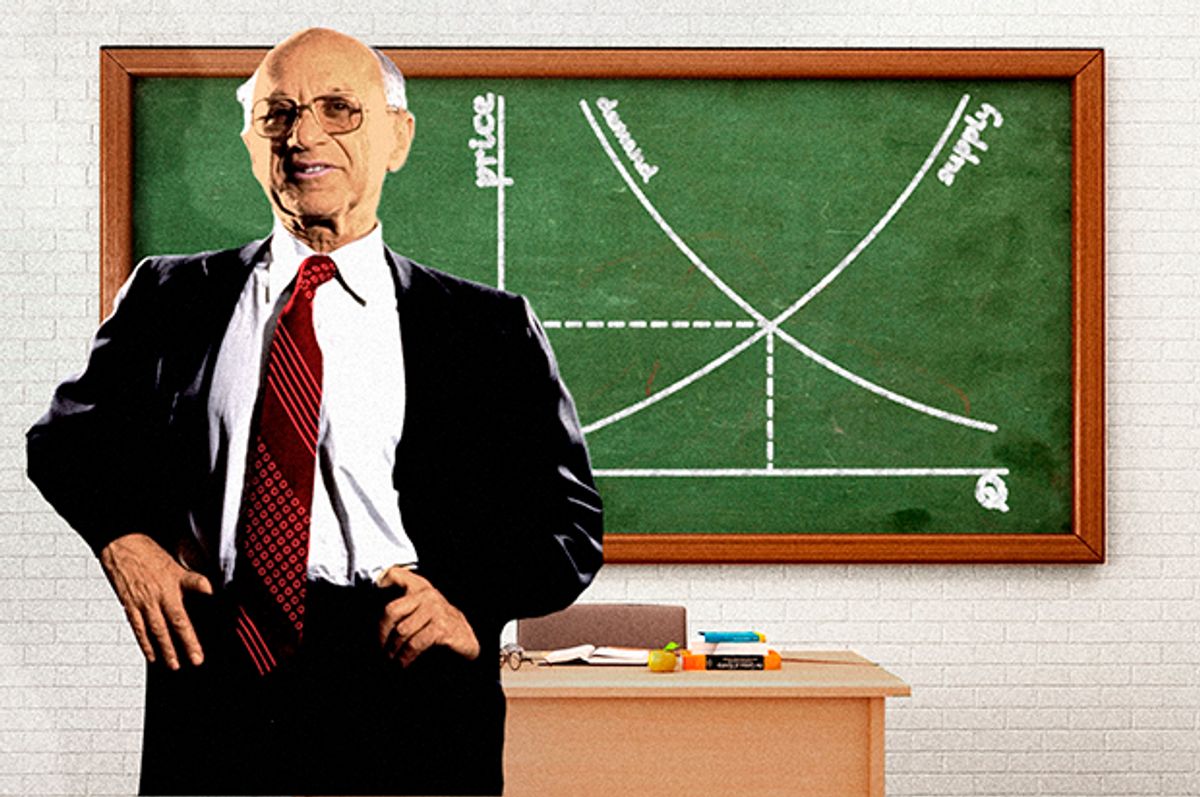 No economic system has lasted forever. And I imagine that some day, when historians are studying the rise and fall of capitalism, they might look back at Glenn Beck's 2010 Earth Day meltdown as a seminal moment  — an exemplar for how capitalism created the post-truth society that seems destined to doom its ability to function.

Though it was only 8 years ago, we have largely forgotten how far-right firebrand Glenn Beck essentially prophesied the brand of spite politics that animates much of the right today. On his radio show, Beck gleefully shared with his listeners his plans to turn on as many lights as possible in his home during Earth Hour, and to intentionally pollute on Earth Day. "I'm going to burn garbage in my backyard with Styrofoam," Beck told a caller on his April 22, 2010 radio program. "Have you cut down your Earth Day tree yet and put it in your living room? It's great. I decorate mine with heat lamps, but that's a different story," he bragged. "You know, in our Earth Day, what we've decided to do is turn on every light in the studio because we have some cockroaches to expose tonight in the bright light."

Consider, for a moment, the kind of political position one must take in order to find joy and purpose in willfully burning something as caustic as Styrofoam in one's yard. Such an act has no functional purpose, besides spite; yet Beck seems to believe it is his individual choice — his individual freedom, as if burning Styrofoam were as American as apple pie.

Beck, of course, doesn't own the atmosphere. We all must breathe from the same thin shell of air that wraps our world. Hence, the chemicals released in the burning of these toxic synthetic plastics spread across the planet in short order; we have all inhaled their carcinogens by now.

If future historians look back at this moment, surely they will marvel at what kind of confused ideological belief system could compel someone to do something so selfish and, frankly, stupid. Yet capitalism begat this culture, this notion that we alone have the individual right to do whatever we want with our time, money, or our lighters — even (or especially) if it hurts others. Capitalism, to function, requires us to collectively deny the mere idea of the commons. As Margaret Thatcher once said, "There's no such thing as society. There are individual men and women and there are families."

As Beck and Thatcher vocalized in very different ways, the ideological core of late capitalism is the supremacy of the belief in one's individual beliefs and actions — regardless of how they make others suffer, or are morally or factually wrong. The celebration of individualism in all its forms — including behavior, dress and  actions — is intrinsic to this epoch of capitalism, exemplified in social media.

This culture of hyper-individualism undergirds so much of modern consumer society. Indeed, there is an argument that some theorists have floated that neoliberal capitalism requires us to have the maximum degree of consumer freedom, yet almost no economic or political freedom. Countries like Singapore and the United Arab Emirates are exemplary in this manner: capitalist "paradises" with authoritarian governments.  But this political model also exists in most of the so-called liberal democracies, many of which are functionally authoritarian in that the rich essentially choose and fund politicians, and hence said politicians almost always advocate for policies that benefit their rich benefactors at the expense of everyone else. Neoliberalism is so normalized that the left (and right) are laughed at when they push back against it. It is as water is to a fish.

If you take this culture of hyper-individualism to its extreme, one might come to believe that we have the right to believe whatever we want, to — even if those beliefs are immediately provably untrue. There's been "mission creep" with capitalist culture's idea of what freedom means. Freedom to believe in one's own, individual universe; freedom to pick and choose facts, and discard those that are disagreeable.

We are now seeing this result of this mission creep in the emergence of the post-truth society. We've been encouraged by a marketing apparatus to embody our own individual whims — to buy what we want, see what we want, do what we want, as though all of this was our right. Thus, that we would believe whatever we want isn't much further of a stretch. Believe in astrology. Believe in a flat Earth. Believe that vaccines are a toxic plot. Believe that everything leader Trump says is right is right, and that all conspiracies are true simultaneously.

My slightly shocking proposition, then, is this: what if capitalism, ultimately, has created its own undoing by normalizing a post-truth society? Capitalism was forged from the Enlightenment; driven by science, liberalism and rationalism, capitalism found its power and became the dominant economic system on the planet. But ironically, it seems to have hit an end stage; rationalism cannot survive in a post-truth epoch. Post-truth is contrary to rationalism itself.

The modern-day levers that make corporations function won't work if their employees and executives don't believe that their figures are real, or if they don't believe in the quantitative data that runs through their spreadsheets. Shipping lanes won't work if their planners think the Earth is flat. As more and more citizens fall into a post-truth morass, the aspects of trade that rely on rational thought may cease to function well.

This proposition is a contrarian take on the origins of post-truth. Many on the center and right believe that "postmodern" professors (a vague term, and I disagree with how they wield it) have somehow perpetuated this lazy relationship with truth, by promoting some sort of multipolar view of truth. Others blame the sort of drug-induced counterculture ideologies embodied in writers like Carlos Castañeda, whose literature depicted a reality that was hazy and self-determined.

Those movements may have sprung from the same fount of late capitalism, however — and its tendency to tie individualism with one's belief system. You can draw a line, I think, from Milton Friedman's depressingly shallow view of human nature to our post-truth problems.

If we — meaning those of us who live in the Western World, and Americans especially — can tilt back towards a more social and less individualistic self-conception, we may yet save ourselves. But it probably would mean that capitalism would have to end, or be transformed beyond recognition.