"There won't be a Republican Party" if GOP does not diversify, outgoing Rep. Will Hurd says

Hurd, the only black Republican member of the House, announced his retirement from Congress earlier this year 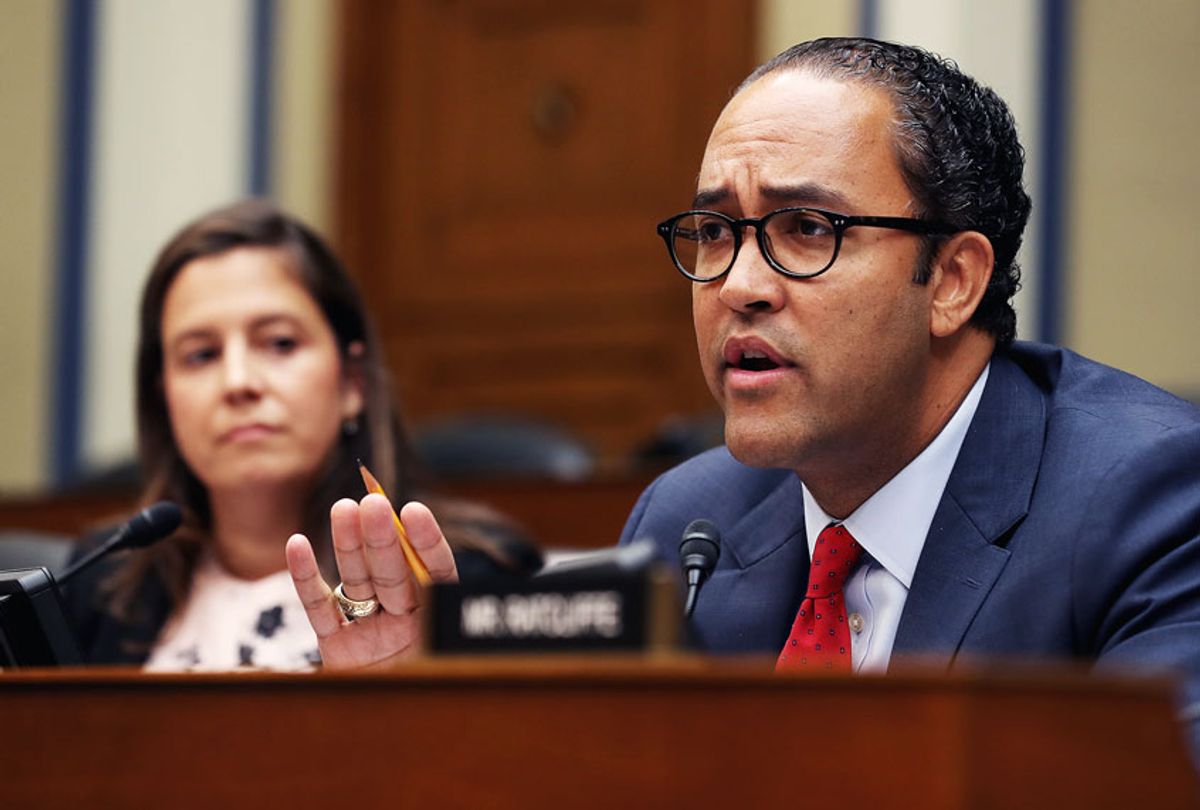 Retiring Rep. Will Hurd, R-Texas, the only black Republican in the House of Representatives, warned in a new interview that "there won't be a Republican Party in this country" if the GOP does not diversify.

"If the Republican Party doesn't start looking like the rest of the country, there won't be a Republican Party in this country," Hurd said in an interview with Axios that aired Sunday on HBO. "But we know where the trends are going, and we know what we need to do."

"Minorities, people under the age of 29 and women with a college degree in the suburbs are not choosing the Republican Party," he added.

The three-term congressman announced his retirement from Congress earlier this year. He said at the time that he would remain "involved in politics to help make sure the Republican Party looks like America."

Hurd noted that he was an example of how to be a successful minority candidate in the Republican Party by "showing how to win one of — if not the — most competitive seats, in the United States of America."

He pointed out that the congressional district he represents, which stretches for hundreds of miles along U.S.-Mexico border between San Antonio and El Paso, is predominantly Latino. The lawmaker, who previously served as an undercover CIA officer in the Middle East and South Asia, has represented the area since he defeated incumbent Democrat Pete Gallego by 2,400 votes in 2014.

Hurd has been re-elected twice, also by razor-thin margins. He toppled Gallego by 3,000 votes in a 2016 re-match before going on to best Iraq War veteran Gina Ortiz Jones by less than 1,000 votes last year, becoming one of the few House Republicans in districts that Hillary Clinton won in 2016 to survive the blue wave during the 2018 midterm election cycle. The seat in the 23rd District has flipped between Republicans and Democrats five times since the 1990s, according to the New York Times. (Ortiz-Jones has already filed to run again in 2020.)

In 2017, Hurd was appointed by former Speaker of the House Paul Ryan, R-Wis., to serve on the lower chamber's Intelligence Committee. He was also selected that year to serve on the Appropriations Committee by then-House Majority Leader Kevin McCarthy, R-Calif.

The Texas Republican has often distanced himself from President Donald Trump. He has criticized the president's immigration proposals, including the construction of a "wall" along the U.S.-Mexico border and supported legislation to save the Deferred Action for Childhood Arrivals (DACA), an Obama-era program which placed undocumented youth who were brought to the country as children on a pathway to U.S. citizenship.

Hurd is one of several Texas GOP lawmakers who have announced they will not seek re-election next year. His exit from Congress has disappointed Republicans and energized Democrats, who picked up 40 seats in the lower chamber last fall by going after Republican-held seats in areas where Trump has been unpopular.

In his interview with Axios, Hurd reiterated his belief that his exit from Congress will allow him to help the party in a different way, while noting Texas is nearing battleground status heading into the 2020 elections.

"Texas is a purple state. Just because we don't have a statewide elected Democrat doesn't mean Texas is not already purple," Hurd said. "We should be operating as if it is purple."