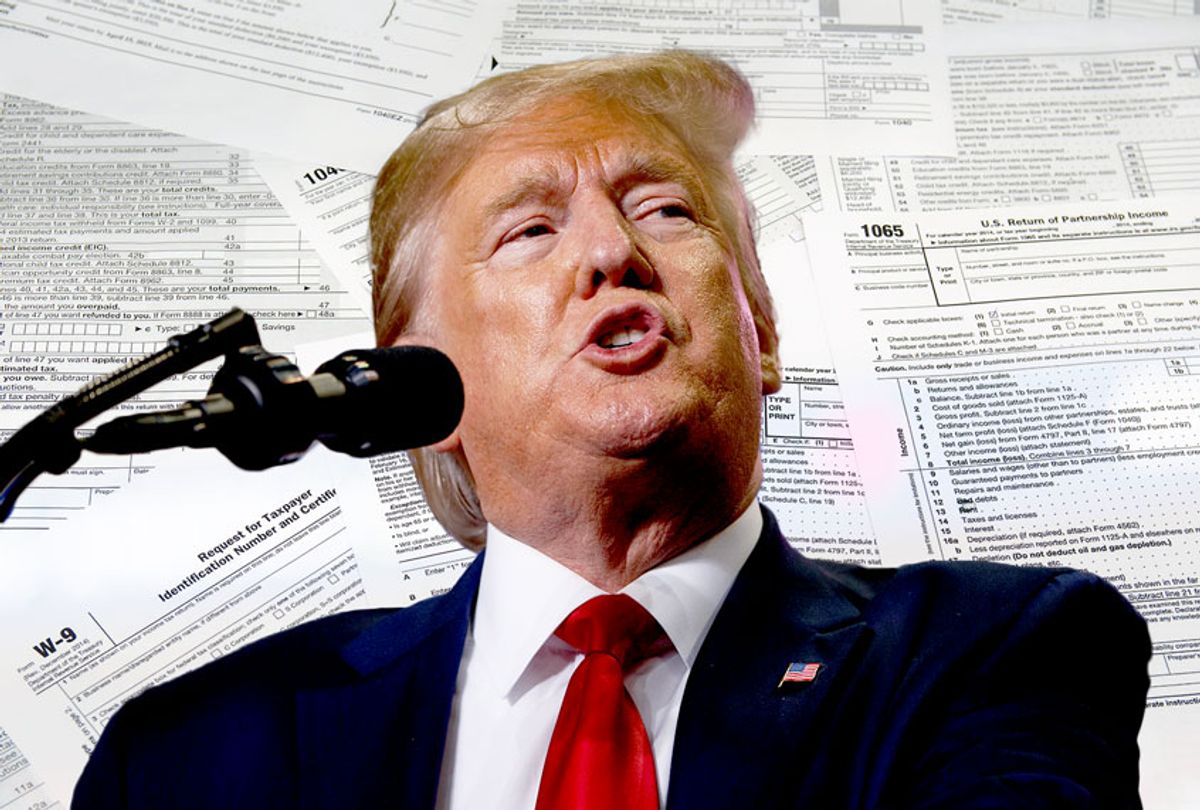 A federal appeals court has rejected President Donald Trump's effort to block New York prosecutors from obtaining his tax returns amid a claim of “presidential immunity,” setting the stage for a showdown in the Supreme Court.

"The decision of the Second Circuit will be taken to the Supreme Court," Sekulow said in a statement. "The issue raised in this case goes to the heart of our republic. The constitutional issues are significant."

The three-judge panel wrote in their decision that "any presidential immunity from state criminal process does not extend to investigative steps like the grand jury subpoena at issue here."

Manhattan District Attorney Cyrus Vance Jr. recently obtained a grand jury subpoena for eight years of the president's personal and corporate tax returns dating back to 2011. He is seeking documents from Trump's accounting firm, Mazars USA, as well as for the Trump Organization and other Trump-related business entities.

Vance's office has been investigating whether Trump or his company violated any New York state laws when they reimbursed the president's former lawyer and "fixer," Michael Cohen, for payments Cohen made to two women who alleged extramarital affairs with Trump in the lead up to the 2016 presidential election.

Trump sued Mazars last month in an attempt to prevent the firm from complying with subpoenas for his financial records. His lawyers have argued that Trump is immune from state prosecutions and that Vance does not need eight years of Trump's tax returns in order to examine whether any laws were broken by the 2016 payments. They called the subpoena to Mazars a "bad faith effort to harass the president by obtaining and exposing his private financial information — not a legitimate attempt to enforce New York law." They also claimed that the investigation headed by Vance, a Democrat, was politically motivated.

But federal district court Judge Victor Marrero tossed the lawsuit out, ruling last month that the immunity claim was "repugnant to the nation's governmental structure and constitutional values."

Trump then appealed that decision to the U.S. Court of Appeals for the Second Circuit.

Trump's lawyer, William Consovoy, previously argued that a sitting president is immune from criminal prosecution in office — even if he were to shoot someone in the middle of 5th Ave. in New York. (As a candidate in 2016, Trump infamously claimed that his supporters were so loyal that he could stand there “and shoot somebody" and not "lose any voters.")

Last month, one of the three federal judges, Denny Chin, pressed Consovoy about the hypothetical shooting in the middle of Manhattan.

"Local authorities couldn't investigate? They couldn't do anything about it? Nothing could be done? That's your position?" Chin asked.

"This is not a permanent immunity," Consovoy responded. "We're talking about while in office."

In Monday's ruling, the judges wrote, "This appeal does not require us to consider whether the president is immune from indictment and prosecution while in office, nor to consider whether the president may lawfully be ordered to produce documents for use in a state criminal proceeding. We accordingly do not address those issues. The only question before us is whether a state may lawfully demand production by a third party of the president’s personal financial records for use in a grand jury investigation while the president is in office."

"With the benefit of the district court’s well‐articulated opinion, we hold that any presidential immunity from state criminal process does not bar the enforcement of such a subpoena," they added.

The case is one of several surrounding the president's finances which is expected to reach the Supreme Court as soon as this term. Justices on the Supreme Court are not required to hear the case or to schedule it a party’s request, but an appeal from a sitting president would likely attract their attention.

The last cases of the term are argued through the end of April, with decisions released in the final weeks of June. Cases heard in the following term would likely not be decided until after the 2020 presidential election.

Earlier this month, the D.C. Circuit Court of Appeals ruled against the president and refused to block a subpoena for his financial records from Mazars issued in April by the House Oversight Committee. Trump's attorneys could ask the full bench on the D.C. Circuit to rehear that appeal, or it could ask the Supreme Court to take up the case.

Another Second Circuit panel is considering a case brought by Trump which challenges subpoenas issued by the House Intelligence and House Financial Services Committees seeking his financial documents from Capital One and Deutsche Bank. The banks have said they do not have Trump's personal tax returns, but Deutsche Bank indicated that it possessed the tax returns of at least two individuals or businesses requested by lawmakers.

And a federal district judge in Washington is considering a lawsuit filed in July by the House Ways and Means Committee against the Treasury Department and the Internal Revenue Service over their refusal to comply with a formal committee demand and subpoena for the president’s personal returns and returns filed by his businesses. No ruling has been issued.