McCain recalls time at Fox News: Trump "tweeted for me to get fired, because I was so terrible"

"The View" co-host said the experience was "very scary," because some followers take Trump's attacks as a directive 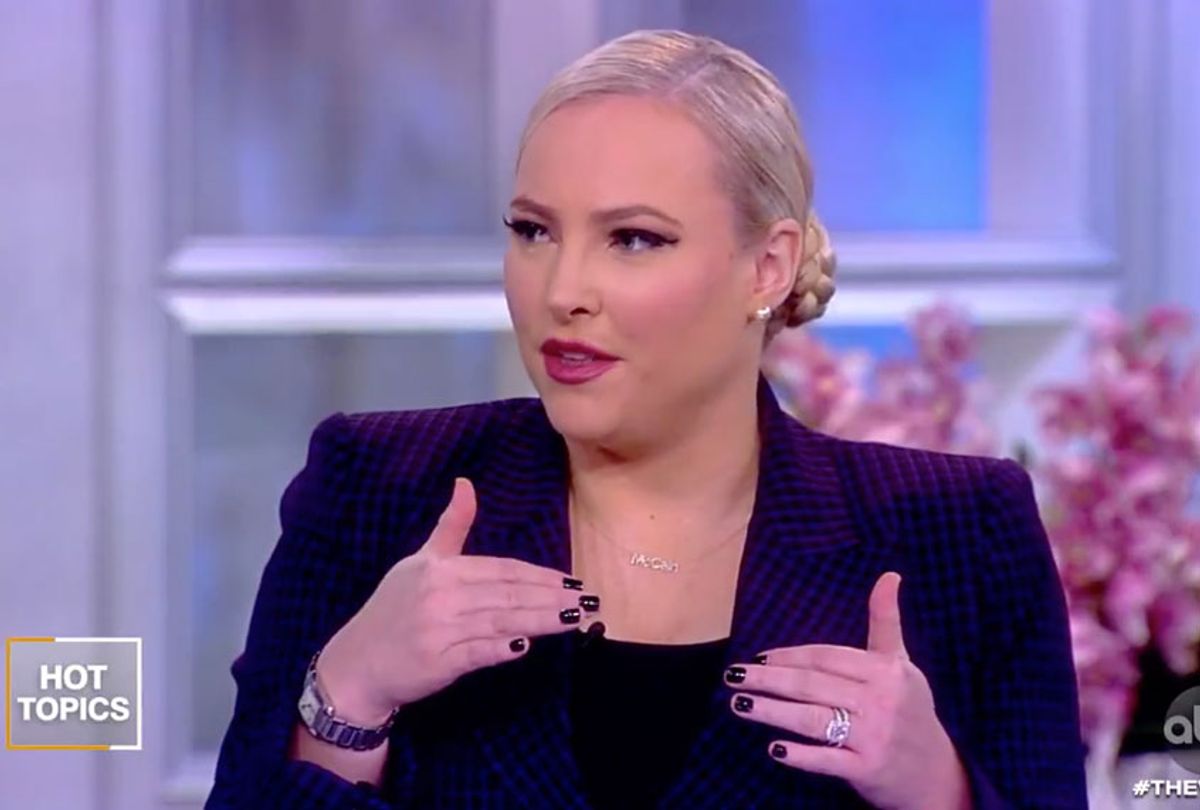 “The View” panelists agreed President Donald Trump and his allies were endangering government officials for political reasons, and co-host Meghan McCain described the threats she faced after the former reality TV star attacked her.

Sen. Rand Paul (R-KY) joined the president for a campaign rally in Kentucky, where the senator offered revealing details about the whistleblower and urged the media to print his name.

Co-host Joy Behar said the Republican Party still had ethics in the early 1970s, when Richard Nixon resigned rather than face impeachment, and Goldberg agreed that times had changed.

“For me, when I see that the Department of Justice is no longer, doesn’t feel neutral,” Goldberg said, “they’re not looking to see if it’s true, they’re just saying, ‘Well, you know, it’s done, that makes me uncomfortable.'”

Co-host Abby Huntsman said the president’s attacks on his accusers betray his fear at being exposed.

“When you threaten people and degrade people’s character, which the president continues to do, you are afraid of something,” Huntsman said. “That’s all you need to know — he’s insecure.”

McCain recalled when then-candidate Trump tweeted out an attack on her for critical comments she made as a commentator on the Fox News program “The Five.”

“I haven’t been threatened by the president, but I’ve certainly been — this is serious, Joy,” McCain said. “When I worked at Fox, he tweeted for me to get fired, because I was so terrible.”

She said the experience was alarming, because some Trump followers take his attacks as a directive.

“When President Trump says something about you and zeros you out, it is very scary,” McCain said, “and I know from experience, it is very intense. His supporters come out like (hordes) of zombie apocalyptic people coming to get you. It’s very scary.”

Goldberg said the rule of law still stood as long as they were allowed to criticize the president, and then she made a chilling comment.

“When we disappear,” Goldberg said, without smiling, “start running.”