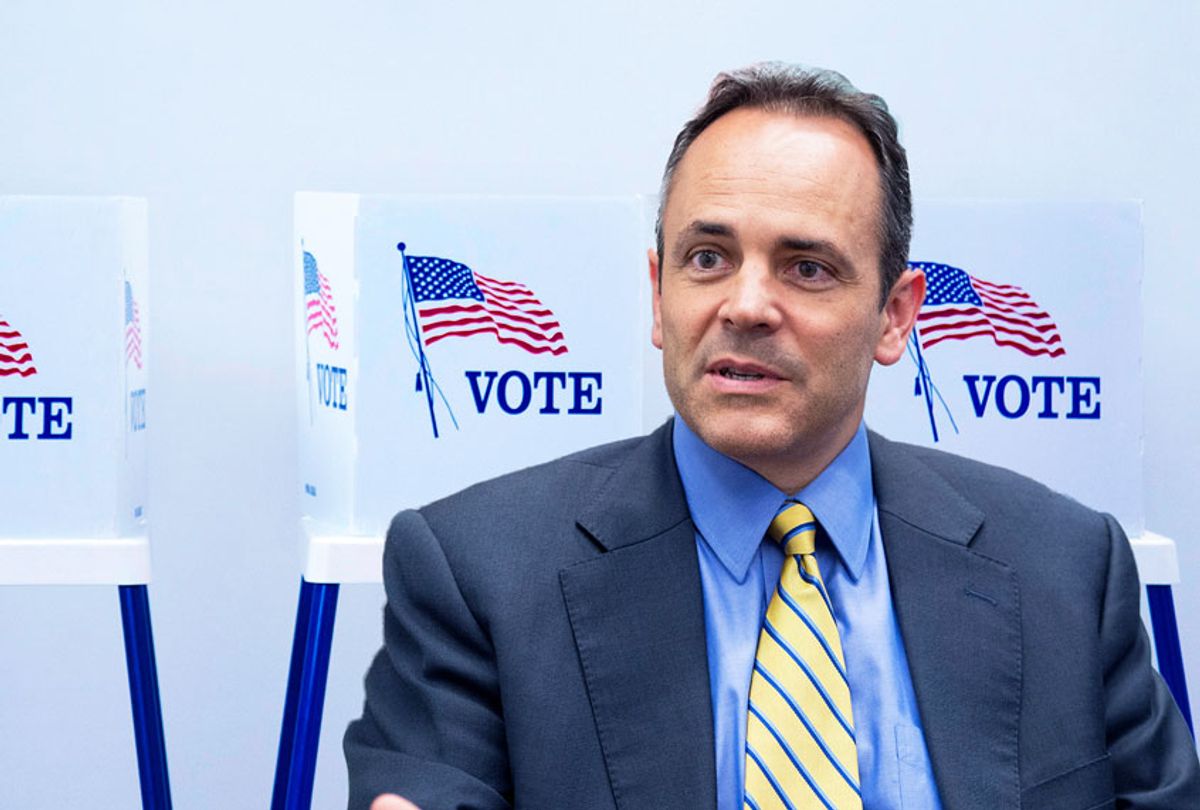 Nearly every state in the union is set to vote on Tuesday. If you haven't heard about it, you're not alone.

Voters in Kentucky and Mississippi will decide on statewide offices like governor, attorney general and secretary of state. In Virginia, the entire state legislature is up for election. Democrats in New Jersey are seeking to retain their supermajority in the lower house of the state legislature, while special elections in Texas could bring Democrats even closer to taking control of the state House for the first time in recent history. These off-year elections for state legislature will play a crucial role in the redistricting that will follow the 2020 Census.

In San Francisco, there’s a high-profile four-way race for district attorney. New York City’s ballot includes ranked-choice voting, an election system in which voters mark not only their first choice in a race, but also who they’d prefer to win if their top candidate doesn’t make the cut.

Voters in Tucson may decide to make their hometown Arizona’s first so-called sanctuary city. And progressive cities like Seattle, Boulder, Colorado, and Cambridge, Massachusetts, will vote on zoning laws that have exacerbated the growing housing crisis. Tuesday will also decides whether at least 140,000 Americans have their voting rights restored.

With such impactful measures and offices on the ballot across the country, however, the prevailing coverage leading up to Tuesday’s election has barely existed, ignoring most of this in favor of polls and predictions about the national election in 2020 — just under a year away. Off-year elections can have high stakes, but it has long been evident that when compared to presidential and even midterm elections, they result in far lower voter turnout across the board. Yet most U.S. cities continue to hold local elections separate from federal and state elections, which tends to mean that local representation is less demographically reflective of the electorate. The voting population already skews older and whiter than the population as a whole, and this is even more disproportionate in off-year elections.

On Friday, a federal district court declined to stop the country’s most egregious example of such disenfranchisement. Mississippi has the largest population of African American voters in the nation, yet no African American has won statewide office there in more than 130 years. That’s because of a Jim Crow-era provision that makes Mississippi the only state in the nation where candidates for statewide office must win a majority of the popular vote and a majority of the House districts in the state. If no candidate manages that, the Republican-controlled state House would pick the winner.

While Democratic Attorney General Jim Hood, the only statewide elected Democrat in Mississippi, is running a surprisingly strong race to replace a retiring Republican governor, he has little chance of carrying a majority of House seats. So even if Hood were to win the most votes statewide, the GOP-controlled House could still install Republican candidate Tate Reeves as governor. Black people are 37 percent of Mississippi's population and overwhelmingly vote Democratic. But thanks to the widely dispersed white majority, which overwhelmingly votes Republican, it’s all but impossible for a Democrat to win a statewide election.

In Kentucky 300,000 voters,  including more than one in four of all African-American voters, can't vote in Tuesday's closely-watched governor’s race because of past felony convictions. Republican Gov. Matt Bevin, who is up for re-election against Democratic Attorney General Andy Beshear, recently reversed a policy restoring rights to nonviolent ex-offenders. The two candidates are tied in the latest Mason-Dixon survey, and several polls have shown that Bevin is deeply unpopular in the Bluegrass State — despite his evident affinity for President Trump. Beshear is the son of Kentucky’s last Democratic governor, but this disenfranchisement could be enough for Republican defeat in a state, where Donald Trump beat Hillary Clinton by 30 points in 2016.

In Texas, Democrats need to flip just nine seats to take control of Texas' state House in 2020. One big reason for that was Beto O'Rourke's unsuccessful 2018 Senate run, which dramatically increased turnout and helped beat back GOP voter suppression efforts. A special election pits one Democrat on the same ballot as six Republicans vying for the same state House seat. The race will result in a likely runoff, but if Democrat Eliz Markowitz finishes in the top two today it could prove critical to stopping the GOP from gerrymandering the congressional map after the 2020 census.

Heading into 2020, Tuesday’s elections could dramatically help Democrats. But low turnout may prove to be worse for democracy than the long lines we are almost guaranteed to see next year.