Sanders-Warren Medicare for All clash heats up: Bernie says his plan "much more progressive"

Relations are still friendly, but the two progressive candidates make clear they have different funding visions 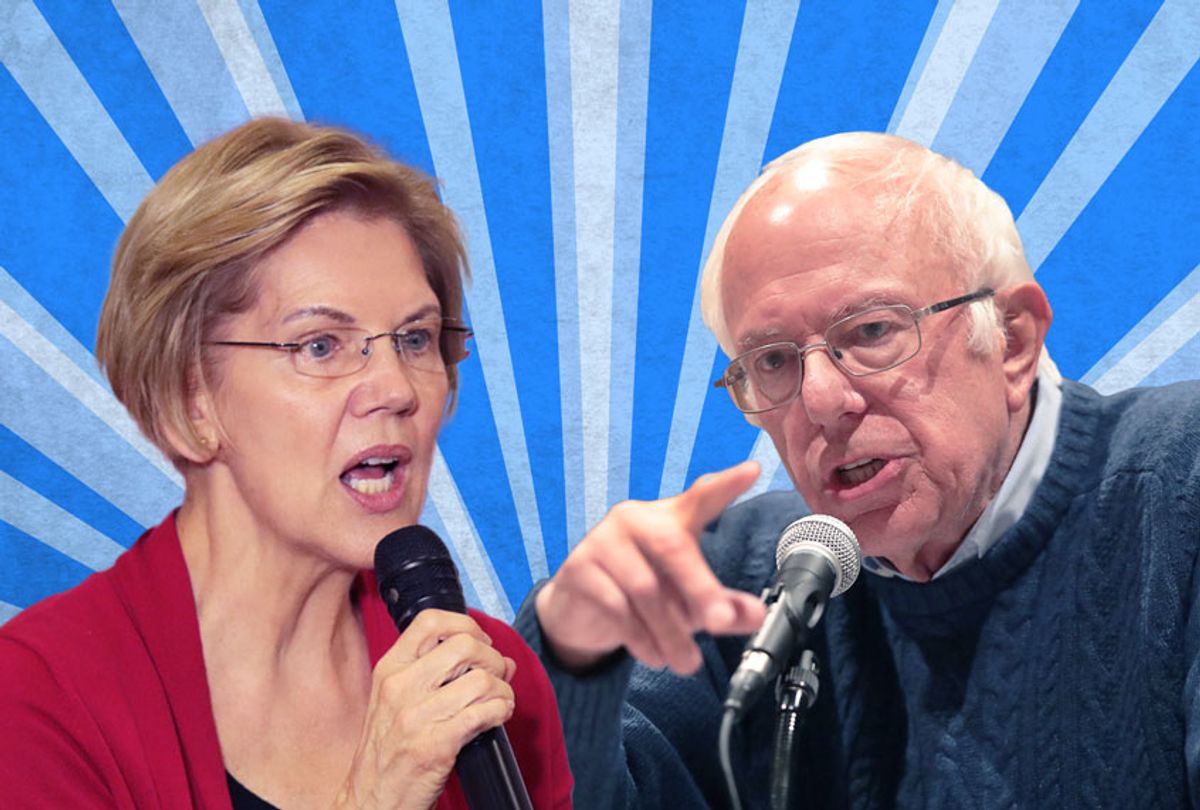 Sen. Bernie Sanders said Sunday that his plan to finance Medicare for All is "much more progressive" than the pay-for released last week by his 2020 Democratic presidential rival Sen. Elizabeth Warren, who called for a head tax on employers and new levies on the wealthy as key parts of her proposal to fund a comprehensive single-payer system.

"I think that that would probably have a very negative impact on creating those jobs, or providing wages, increased wages and benefits for those workers," Sanders said. "So I think we have a better way, which is a 7.5% payroll tax, which is far more, I think, progressive, because it'll not impact employers of low-wage workers but hit significantly employers of upper-income people."

"The function of health care is to provide health care to all people, not to make $100 billion in profits for the insurance companies and the drug companies," said the Vermont senator. "So, Elizabeth Warren and I agree on that. We do disagree on how you fund it. I think the approach that [I] have, in fact, will be much more progressive in terms of protecting the financial well-being of middle-income families."

In a white paper released in April after the introduction of the Medicare for All Act of 2019 in the Senate, Sanders proposed a 7.5% payroll tax on employers that would exempt the first $2 million in payroll "to protect small businesses."

Sanders' remarks to ABC were his first public comments on Warren's 9,000-word proposal. The Vermont senator said he spoke to Warren on the phone after she released her plan last Friday.

Asked about Sanders' criticism of her plan, Warren said Sunday that "Bernie may have a different vision of how to pay for it, but let's be really clear: Bernie and I are headed in exactly the same direction."

"And that is the $11 trillion that families are going to pay over the next 10 years in out-of-pocket medical costs will go away," said the Massachusetts senator. "Bernie and I, we're out there for strengthening America's middle class. I love it."