“Look at the black community, because black men in particular — and probably the women — are backing Joe Biden" 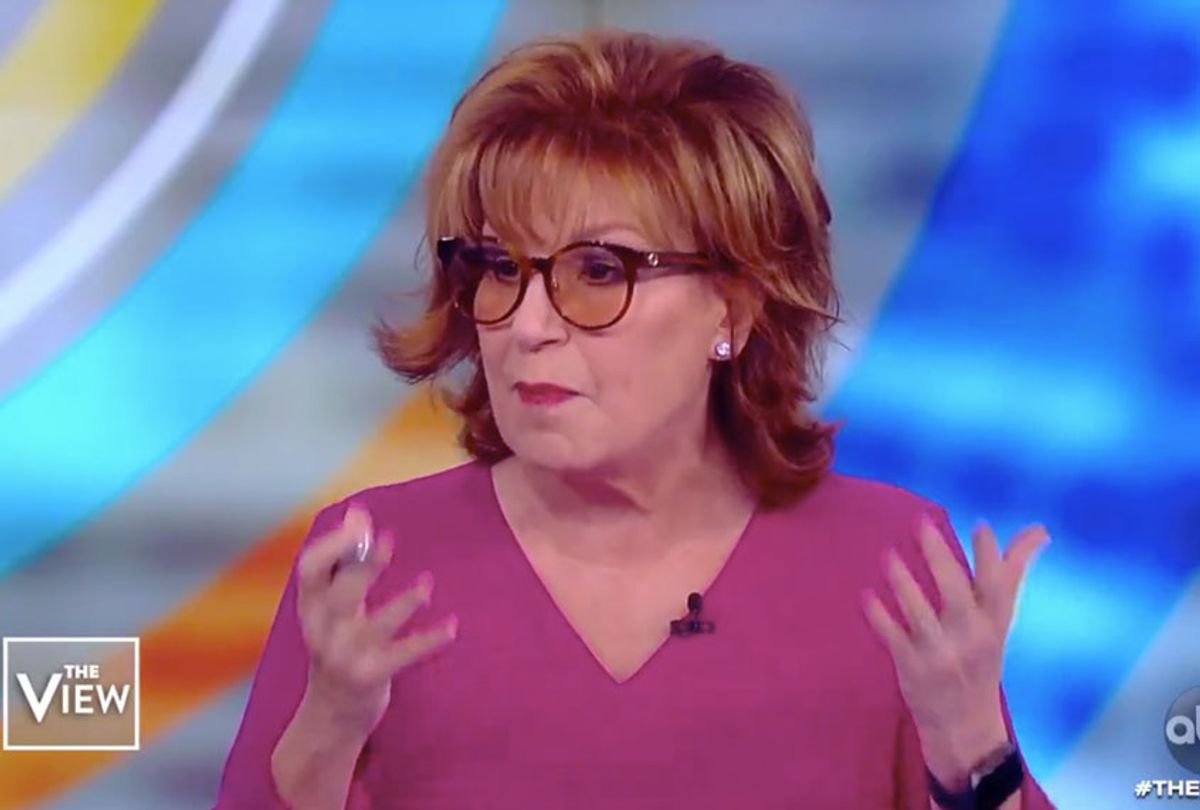 With a new round of polls showing Joe Biden as the candidate best positioned to defeat President Donald Trump in the 2020 election, “The View” co-host Joy Behar suggested Tuesday that Democrats should keep their eyes "on the prize" of the White House and back the former vice president.

After moderator Whoopi Goldberg began the the show by discussing how Biden’s poll numbers had fallen in Iowa, conservative  co-host Abby Huntsman argued that Democrats could wind up losing the election if they choose Sen. Elizabeth Warren of Massachusetts over Biden. It was at that point that Behar interjected to advocate for Biden's perceived electability.

“He’s beating Trump narrowly in Pennsylvania, Wisconsin, Florida and Arizona,” Behar said. “He’s tying him in Michigan and losing by a whisker in North Carolina — so he’s still beating him.”

Behar was referring to a recent New York Times survey, in which Biden out-performed Warren and Sen. Bernie Sanders of Vermont in polls taken from six swing states. According to the results, Biden would have the best chance of beating Trump, followed by Sanders and then Warren.

“Just look at the black community, because black men in particular — and probably the women — are backing Joe Biden,” Behar said. “And if there’s one thing the black community knows — and believes in — it’s winning and beating Trump. So they’re looking at the prize. They’re saying, ‘Listen, this guy has to get Trump out.’”

Behar then declared that the other candidates were “just treading water, as far as I'm concerned." Huntsman asked her co-host if she thought Warren should lead the race.

“I do,” Behar replied before reiterating that Biden was the only candidate who people know can defeat Trump.

Republicans clearly share Behar’s concern about Biden's potential to defeat Trump, with the ongoing impeachment inquiry into the president largely stems from an attempt to solicit dirt from Ukraine that could imperil the former vice president's campaign. However, there is no evidence that Biden misused the powers of his office.

If Trump is impeached, he would become only the third president to go to trial in the Senate for alleged criminal activity. The first, Andrew Johnson in 1868, was impeached mainly because of his refusal to comply with the Tenure of Office Act, which scholars generally agree was unconstitutional. Bill Clinton was then impeached in 1998 on articles of obstruction of justice and perjury while testifying in a lawsuit about sexual harassment.

Richard Nixon would likely have been impeached in 1974 had he not resigned first. The Watergate scandal stemmed from a desire by Republicans to dig up dirt on George McGovern, the Democrat opposing Nixon in the 1972 presidential election. Nixon tried to cover up a burglary that was committed to achieve this goal.

You can watch the full segment below via Twitter: