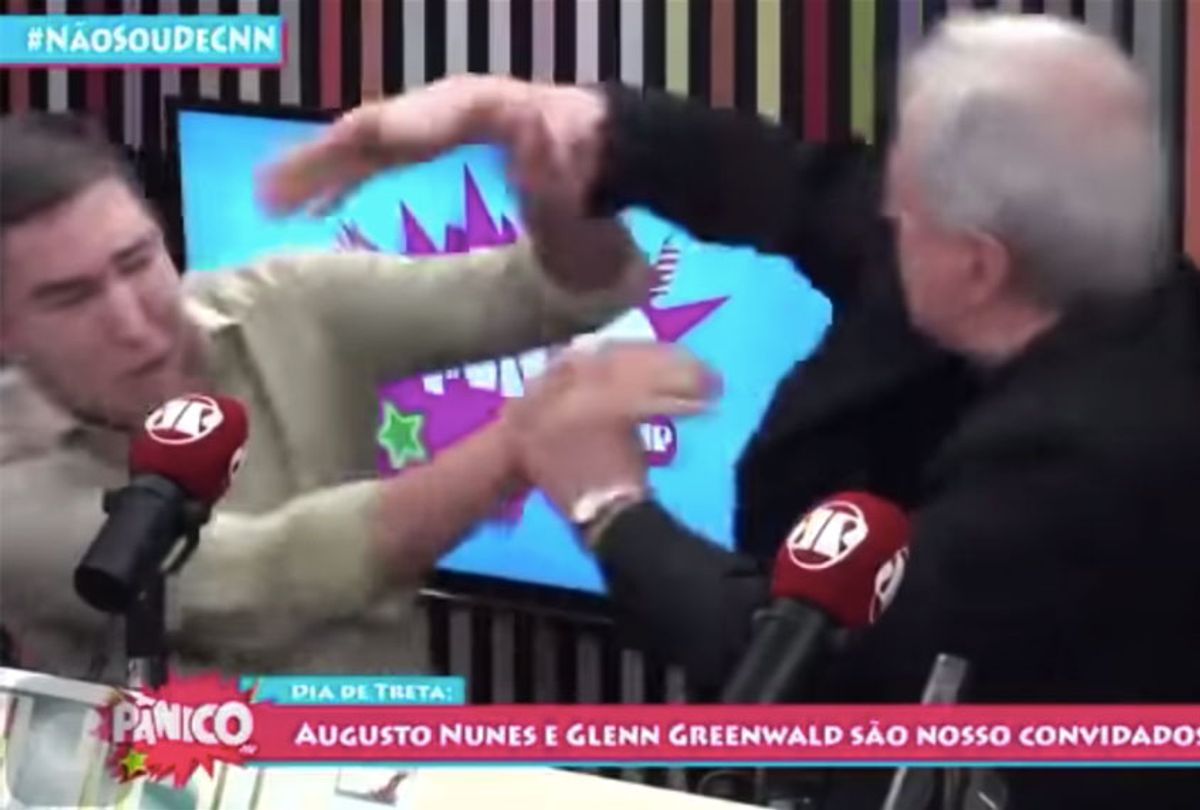 Glenn Greenwald of The Intercept (formerly a columnist for Salon) was assaulted during a live broadcast Thursday by a right-wing Brazilian journalist and defender of the country's president, Jair Bolsonaro.

Greenwald, whose reporting this year has exposed unethical and possibly criminal behavior by Bolsonaro and his government, repeatedly called journalist and columnist Augusto Nunes a "coward" during a segment on Jovem Pan News, one of Brazil's largest right-wing radio and YouTube outlets.

In a tweet ahead of his appearance, Greenwald said he had "many questions" for Nunes, who suggested in September that a juvenile judge should investigate Greenwald and his husband, Brazilian lawmaker David Miranda, for neglecting their adopted children.

"We have a lot of political differences, I have no problem being criticized for my work, I criticize him too, but what he did was the ugliest and dirtiest thing I've ever seen in my career as a journalist," Greenwald said of Nunes' comments during Thursday's show.

Greenwald later posted a video to Twitter explaining the incident and what it says about the far-right Bolsonaro movement: