Instead of playing the game, one contestant used his final answer to voice his support of the quiz show host 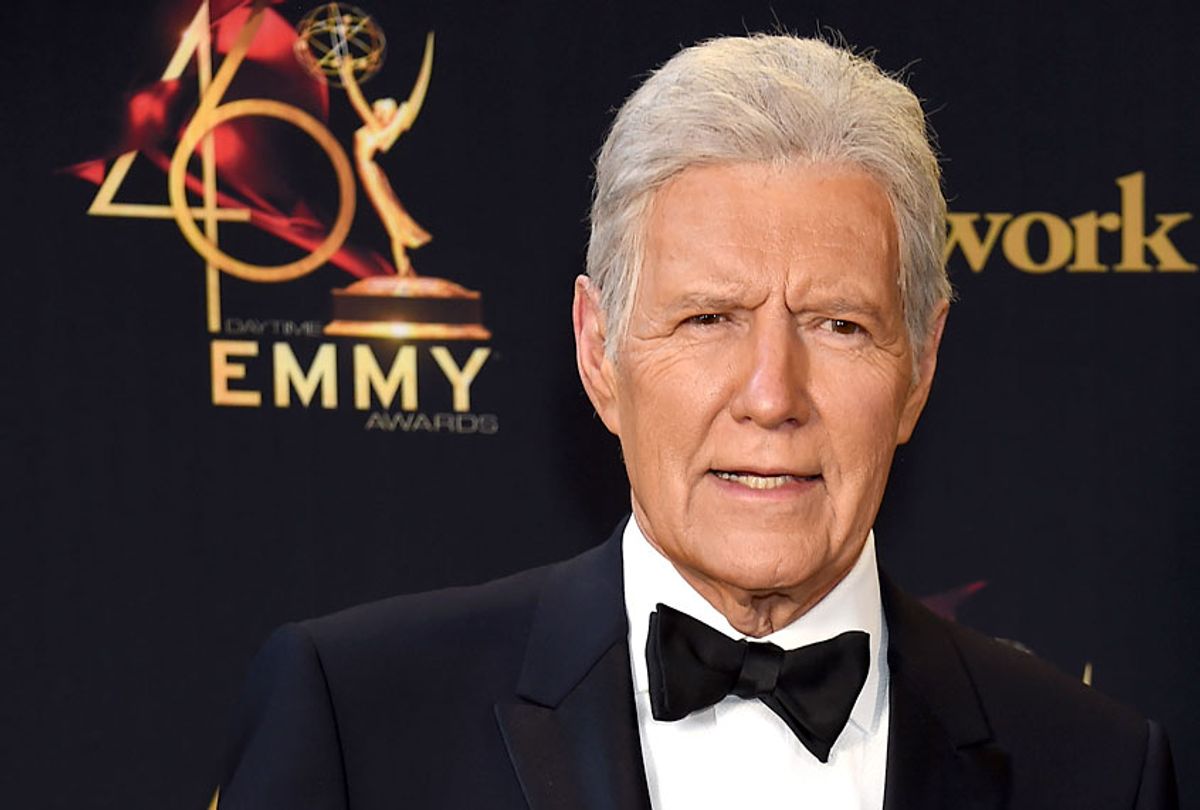 What is "The best Final Jeopardy! answer ever"? The answer to that question came Monday night.

In the final round of "Jeopardy!" a contestant decided not to write down the correct response on his electronic display and instead wrote a note of support to Alex Trebek, who has been undergoing treatment for pancreatic cancer.  The quiz show host became emotional after reading that the contestant wrote, “We love you Alex!” for the Final Jeopardy! answer (that was not in the form of a question this time).

The contestant, Dhruv Gaur, wagered $1,995 of the $2,000 he had earned that night in order to send the message of support for Trebek. Earlier this year Trebek announced that he had been diagnosed with pancreatic cancer.

At first Trebek read the message — which used a heart symbol instead of the word “love”— in a matter-of-fact tone. Once the message sunk in, however, Trebek became noticeably choked up, struggling through suppressed tears to say, “Thank you. Costs you $1,995. You’re left with $5.”

Take a look the clip of the moment that former "Jeopardy!" Tournament of Champions winner Alex Jacob posted on Twitter:

“For context, Alex had just shared with us that he was reentering treatment for pancreatic cancer. We were all hurting for him so badly,” Gaur explained in a series of tweets on Monday.

He added, “When Final Jeopardy! came up, I could’ve tried to puzzle it together, but really, just kept thinking about Alex and thought he should know.”

Last week, the other contestants announced that they were organizing a charity play-along to raise money for pancreatic cancer research, according to CNN.

Since his diagnosis, Trebek has emerged as a prominent spokesman for pancreatic cancer awareness. In an international public service announcement for World Pancreatic Cancer Day on Oct. 30, Trebek said that “I wish I had known sooner that the persistent stomach pain I experienced before my diagnosis was a symptom of pancreatic cancer. Other common symptoms can include mid-back pain, unexplained weight loss, new onset diabetes, and the yellowing of the skin or eyes.”

When he first announced that he had cancer in March, Trebek told the audience that “the prognosis for this is not very encouraging, but I’m going to fight this, and I’m going to keep working. And with the love and support of my family and friends and with the help of your prayers, also, I plan to beat the low survival rate statistics for this disease.”

During another “Jeopardy” show that aired in May, Trebek said he had been surprised at the positive results of his cancer tests. It was “mind-bogglingly” good news, he said, because “the doctors said they hadn’t seen this kind of positive result in their memory . . . some of the tumors have already shrunk by more than 50 percent.” By September, however, Trebek admitted that he had been “a bit premature and over optimistic” and that he had to resume chemotherapy after immunotherapy had been unsuccessful.

Trebek has hosted "Jeopardy!" since 1984, when the show was revived after having been off the air for five years. Since that time he has emerged as something of a cultural icon, with his deadpan delivery and soothing voice giving him an air of authority as he tells contestants whether they were right or wrong in their answers. As the host of the show for 35 years, Trebek can also claim that he has hosted the program for longer than many of its contestants have been alive.