The former executive endured three falls in 2019, which resulted in internal bleeding and pressure on his brain 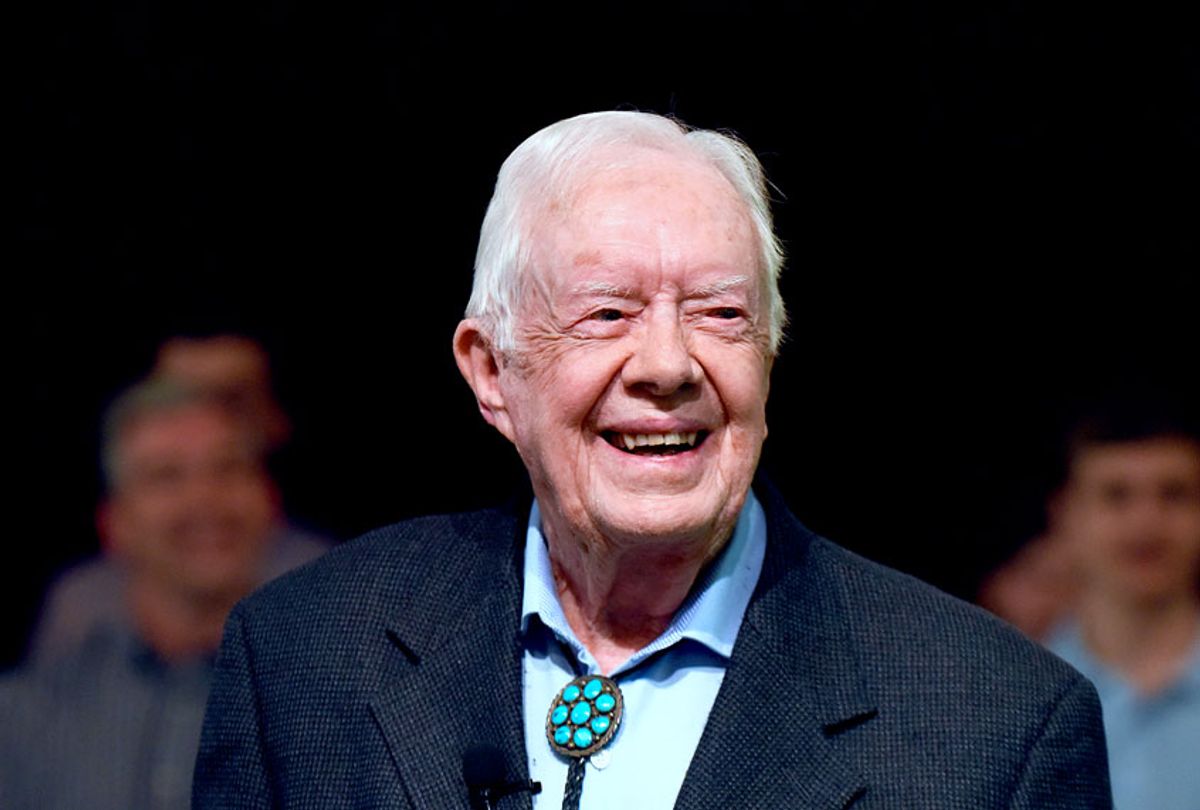 Former President Jimmy Carter underwent surgery at the Emory University Hospital in Atlanta on Tuesday to relieve growing pressure on his brain following a series of recent falls.

Carter has endured three falls this year, the most recent of which resulted in a fractured pelvis on Oct. 21. The repeated falls caused bleeding internal bleeding, resulting in building pressure on his brain.

The Carter Center announced Tuesday that there were "no complications from the surgery.”

“President and Mrs. Carter thank everyone for the many well-wishes they have received,” the center said in a statement to NBC News.

Carter opened up at a Sunday school service near his hometown of Plains, Georgia, earlier this month about growing “at ease with death” after being diagnosed with cancer in 2015.

"I assumed naturally that I was going to die very quickly,” Carter said to the congregation.

After discussing how he prayed to God after his diagnosis, he added: “I found that I was absolutely and completely at ease with death.”

The former president was diagnosed with an aggressive form of liver cancer, which spread to his brain, but was able to beat it with an experimental treatment.

Carter was interviewed by Salon last year on the anniversary of his Crisis of Confidence speech. During that interview, the former president discussed his concerns about the Trump administration within the context of the themes of his speech, which focused on the erosion of America’s civic morale over the course of the previous decade and a half.

"I think that under Trump, the government is worse than it has been before," Carter said by email. "This is the first time I remember when the truth is ignored, allies are deliberately aggravated, China, Europe, Mexico and Canada are hurt economically and have to hurt us in response, Americans see the future worse than the present, and immigrants are treated cruelly."

When discussing the existential malaise in his speech, Carter said that "we still have the same crises of that time, plus a serious loss of faith in democracy, the truth, treating all people as equals, each generation believing life would be better, America has a good system of justice, etc.”

The former president also pointed to one excerpt of his speech, which he felt was “much worse” than when he delivered the iconic address in 1979.

“What you see too often in Washington and elsewhere around the country is a system of government that seems incapable of action,” Carter said that year. “You see a Congress twisted and pulled in every direction by hundreds of well-financed and powerful special interests.”