After Bolivia's first indigenous elected leader forced out by military, progressives around the world speak out 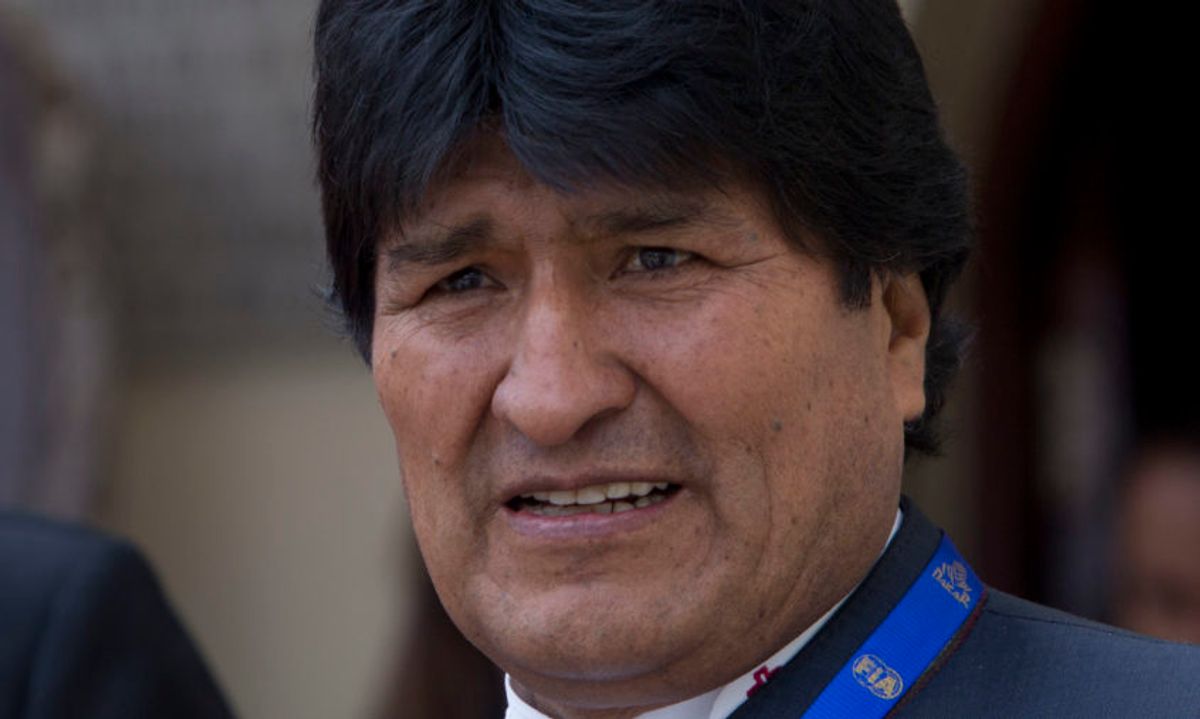 Bolivia's socialist President Evo Morales was forced to resign Sunday under threat from the nation's military, police forces and violent right-wing protesters who have burned and ransacked the homes of members of Morales' party, assaulted supporters of the president, and kidnapped a Bolivian mayor.

"The coup mongers are destroying the rule of law," Morales, Bolivia's first indigenous president, tweeted hours after announcing his resignation in a televised address.

"This is not a betrayal to social movements," Morales added. "The fight continues. We are the people, and thanks to this political union, we have freed Bolivia. We leave this homeland freed."

Morales' resignation came following his announcement early Sunday that he would hold new elections after the U.S.-dominated Organization of American States (OAS) questioned Morales' October victory and claimed the vote was fraught with irregularities. Trump administration officials and Republican lawmakers like Sen. Marco Rubio, R-Fla., were quick to parrot the OAS.

"The role of the United States cannot be ignored," CodePink wrote in an email to supporters on Monday. "The State Department has been actively opposing Evo Morales since 2001, when it sought to weaken his political base. This was five years before he was elected president. Since that time, the United States has funded President Morales' political adversaries, including civic groups in eastern Bolivia that attempted a coup in 2008."

Mark Weisbrot, co-director of the Center for Economic and Policy Research (CEPR), tweeted Sunday that OAS "never did find any evidence of fraud in the October 20th election, but the media repeated the allegation so many times that it became 'true,' in this post-truth world."

Former Brazilian President Luiz Inácio Lula da Silva, who was freed from prison Friday after spending more than a year behind bars on politically motivated charges, was among those who denounced the coup in Bolivia late Sunday.

"There was a coup in Bolivia and comrade Evo Morales was forced to resign," Lula tweeted. "It is unfortunate that Latin America has an economic elite that does not know how to live with democracy and the social inclusion of the poorest."

A chorus of political leaders in Latin America and across the globe echoed Lula.

Jeremy Corbyn, leader of the British Labour Party, said Sunday that "to see Evo Morales who, along with a powerful movement, has brought so much social progress forced from office by the military is appalling."

"I condemn this coup against the Bolivian people," said Corbyn, "and stand with them for democracy, social justice, and independence."

Rep. Ilhan Omar, D-Minn., tweeted Sunday: "There's a word for the president of a country being pushed out by the military. It's called a coup."

Morales' resignation did not bring a halt to right-wing violence, the Washington Post reported.

Amid widespread chaos and concerns for Morales' safety, the government of Mexico said it would grant the ousted Bolivian president asylum upon request.

"In Bolivia there is an ongoing military operation, we reject it, it is similar to those tragic events that bloodied Latin America in the last century," Marcelo Ebrard, Mexico's foreign minister, tweeted late Sunday. "Mexico will maintain its position of respect for democracy and institutions. Coups, no."