With one secret ingredient, you can bake the flakiest pastry crust of all time

While in County Galway, I learned how Irish butter transforms the color, flavor, and texture of pastry crust 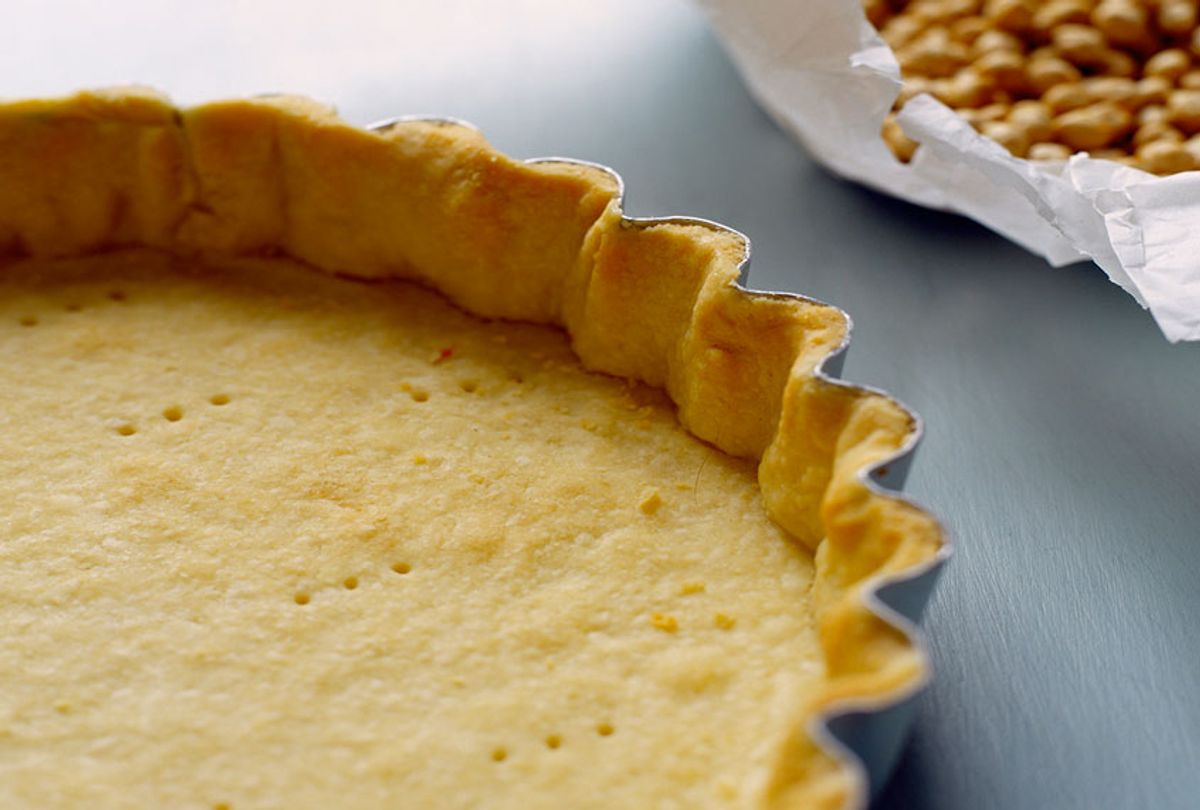 Last April, I moved into the grounds of the historic Clonbrock Castle in County Galway for a week. While the farmer's mansion and the Murphy and O'Shea cottages on the estate had been restored to Downton Abbey perfection, it was love at first sight as soon as I laid my eyes on the turret of the castle, which was built by Tadhg O’Kelly circa 1475. In that era, long before the turret was transformed into one trendy apartment, it was used to store apples during the cold winter months.

"It was all shelves all the way around," Alana, the manager of the castle grounds, explained to me in her enchanting Irish accent. "They ripened in the turret, which was mad."

Stored alongside the apples in the turret were pears, which were picked before they fell off the tree. Many would not see the light of day until the holidays.

On my first night at Clonbrock, Alana served an apple tart topped with freshly whipped cream after dinner. It only took one bite to comprehend that I had just sunk my teeth into best pastry crust I'd ever eaten. Made from cooking apples from the orchards of the castle grounds, it was a true farm-to-table wonder. A beautiful golden color, the pastry itself was incredibly flaky, almost stealing the spotlight from the perfectly tender apples.

I was amazed to learn that there were just five ingredients used to make this thing of wonder. And I knew I had one objective for the week ahead: Cooking class would be called to order.

"The thing about pastry is you have to get your exact measurements," Alana explained one particularly cold afternoon as I walked into the kitchen with my friend Jason.

In order to form the pastry, you need three ingredients: ice-cold water, six ounces of all-purpose wheat flour, and eight ounces of cold butter. But not just any butter could be used, and it would not be unsalted butter. That was not worth the drive to Tesco's.

The addition of Irish butter transforms the color, flavor, and texture of the pastry. Irish butter is creamier than American butter, sweeter in flavor ,and has a distinct yellow color, because it is produced from grass-fed cows and has a higher butterfat content.

To begin, you run the flour through a sieve to smooth out the product and remove any excess air. Next, you cube the butter. Using your hands or a food processor, you then mash the two ingredients together until you achieve the consistency of breadcrumbs.

Now, you are ready to add the water. Add a small amount at a time until the dough comes together. The dough will become slightly sticky, but it should never get slimy or wet. If it becomes too damp, it will disintegrate in the oven. Turn the dough out onto a floured surface, and knead it with the palm of your hands about four or five times until it comes together in a firm ball. Finally, rest it in the fridge for at least an hour to maintain coolness.

The keys to rolling a successful crust are threefold: work with cold dough, do not overwork your dough, and shoot for about a quarter of an inch in thickness for your crust.

In order to make an apple tart, core four to five large apples, and slice them into thin pieces. After rolling your pastry crust into a nonstick pie tin, line the outer circle with slices of apples. Continue to add circular layers until you reach the center of the pan, achieving the effect of the rose. Top with excess apples; four ounces of cubed, cold butter; and sugar. Bake for 20 minutes in an oven preheated to 375 degrees.

Later that week, Alana would teach another master class — this time on Irish brown bread. That recipe is included below.

Makes one loaf
Ingredients:
Cooking instructions:
1. Pre-heat oven to 200 degrees Celsius (about 400 degrees Fahrenheit).
2. Stir dry ingredients in large mixing bowl.
3. Crack egg into dry ingredients and mix.
4. Slowly mix in buttermilk until batter is wet. (The consistency is similar to a thick American oatmeal. In Alana's words: "As much liquid until it's sloppy. It will nearly pour off your spoon; it's really wet.")
5. Grease a nonstick steel loaf pan with sunflower oil.
6. Pour batter into loaf pan and bake for 45 minutes.
7. Sprinkle extra pin oats across the top as batter begins to set.
8. Knock on bread. If it sounds hollow, pop out the loaf and turn it over in the pan. Bake for another 10 minutes, or until the bottom is crispy. (As Alana says, "Nobody likes a soggy bottom.")