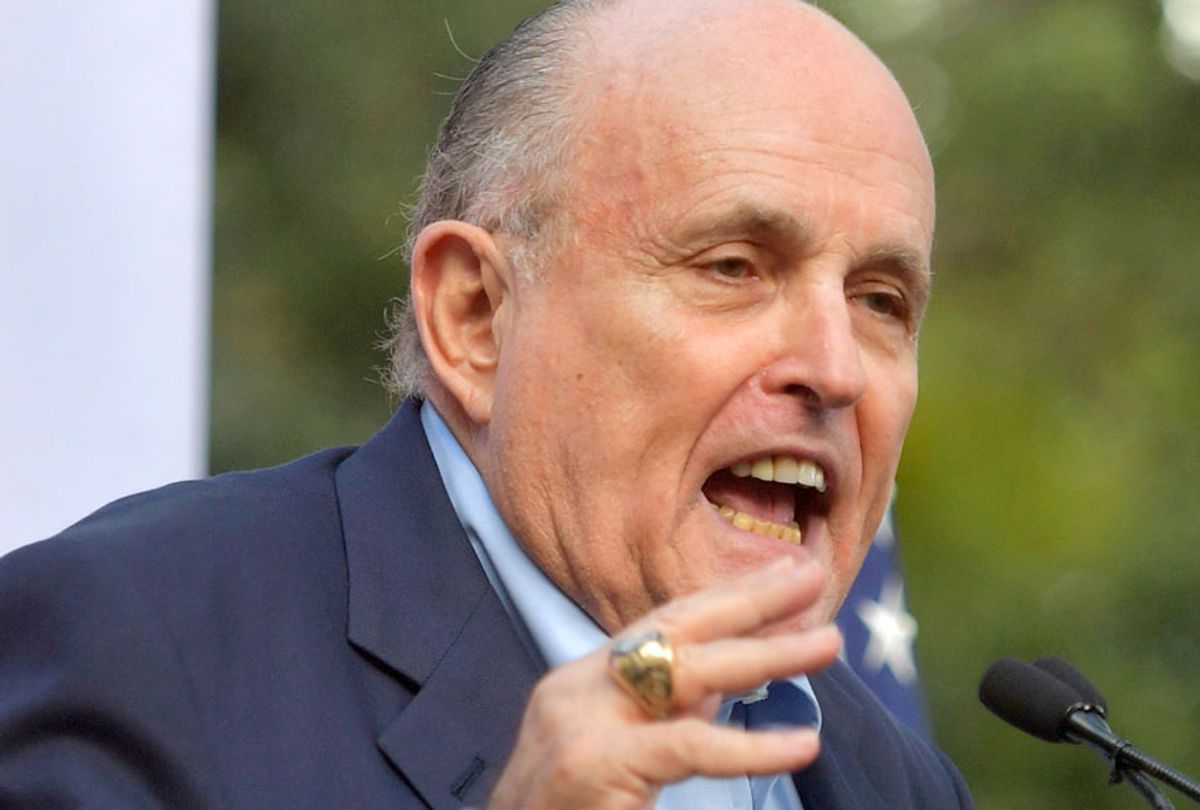 Rudy Giuliani, the former New York City mayor who is now a lawyer for President Donald Trump, defended controversial remarks he made during the 2016 presidential election in which he seemed to foreshadow the leaking of a controversial letter by then-FBI Director James Comey about former Secretary of State Hillary Clinton's email scandal.

Giuliani, who was the subject of a 2018 leak investigation into the matter by the Department of Justice’s inspector general’s office, told The Guardian last week that he admitted to the FBI that his remarks had "probably misled" people but that did not mean that he had discussed Clinton's campaign with individuals then employed by the FBI, even though he had referred to "current" and "active" FBI agents in some of his remarks.

After The Guardian pointed out that the term "active agent" often refers to individuals who are presently employed by the FBI, Giuliani responded that he was using insider nomenclature and insisted that "I didn’t want to speak to ‘on-duty’ agents because I knew it would be a problem for them, not for me.... it could be a crime or a violation for [an on-duty agent] to do that."

He later added, "I have no reason not to tell you if I spoke to an FBI agent. He’s the one who would get in trouble, not me."

During a Fox News appearance on Oct. 25 of the 2016 election, Giuliani promised the hosts that "we got a couple of surprises left.... And I think it’ll be enormously effective."

He added, "I think [Trump’s] got a surprise or two that you’re going to hear about in the next few days. I’m talking about some pretty big surprises.... And I do think that all of these revelations about Hillary Clinton finally are beginning to have an impact."

Three days after Giuliani's appearance on "Fox & Friends," Republicans leaked that Comey was reviewing previously undiscovered Clinton emails to determine whether they revealed criminal behavior. When Giuliani discussed the matter on "Fox & Friends" a few days later, he insisted that "I did nothing to get it out; I had no role in it."

He then added, "Did I hear about it? You’re darn right I heard about it, and I can’t even repeat the language that I heard from the former FBI agents."

The FBI ultimately stood by its original decision to not file criminal charges against Clinton, but statistician Nate Silver speculated in May 2017 that the Comey letter may have still cost Clinton the presidency.

"Hillary Clinton would probably be president if FBI Director James Comey had not sent a letter to Congress on Oct. 28," Silver wrote. "The letter, which said the FBI had 'learned of the existence of emails that appear to be pertinent to the investigation' into the private email server that Clinton used as secretary of state, upended the news cycle and soon halved Clinton’s lead in the polls, imperiling her position in the Electoral College."