When asked on live air about Carlson's predictions about Michelle Obama, Michael Black had an unexpected answer 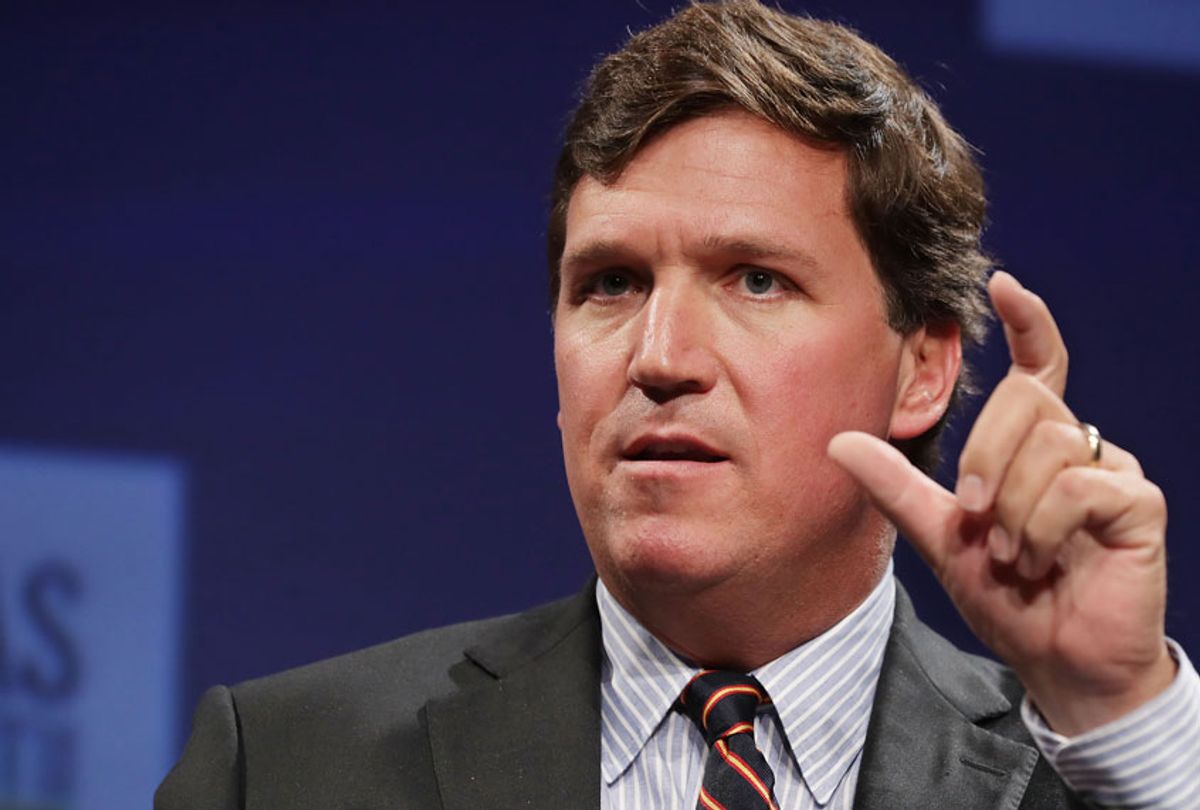 Michael Blake, the Vice Chair of the Democratic National Committee, questioned why conservative commentator Tucker Carlson was still working for Fox News given that he has referred to white supremacy as a “hoax” during a live appearance on the right-leaning network.

“She’s not running, but the core question is: Why the hell does Tucker Carlson still have a job here in the first place?” Blake told Fox News host Bill Hemmer when asked about Carlson’s prediction that Democrats would nominate former first lady Michelle Obama to be their presidential candidate in 2020. “The reality is this is someone who has said that white supremacy is a 'hoax.' And why does Fox still allow him to be here in the first place?”

After Bremmer attempted to reiterate the question, Blake replied that an Obama candidacy was “not going to happen" and again said that Carlson "shouldn’t be on here at all.”

During a Monday night segment, Carlson told his viewers: “If you’re wondering who the Democratic nominee will be, don’t bet against Michelle Obama.”

After acknowledging that “last week the former first lady issued a statement saying she has no interest in being president,” Carlson claimed that “that’s not true, actually.” He added that David Axelrod, “one of the Obamas’ closest and most loyal advisers,” had engaged in “a scorched earth campaign against Joe Biden for months,” including calling Biden a “liar” and a “coward.”

“What’s the point of this?" Carlson asked. "Because political consultants always have a point."

The Fox News host’s conclusion was that Axelrod would not be acting in this way “without the consent of the Obamas." Carlson showed a clip of Biden saying that he had asked former President Barack Obama not to endorse him, claiming that his former boss “thinks it’s better for me.” Describing Biden’s demeanor as sad, Carlson then pointed to divisions within the modern Democratic Party and suggested that Michelle Obama was “one of the only people who could unite the party’s warring factions.”

During an interview with Salon earlier this year, Carlson commented on a potential situation in which he would support Sen. Elizabeth Warren of Massachusetts — namely, if she would out in favor of the policies advocated in her 2003 book “The Two-Income Trap.”

“The goal is the society where parents can stay home with their kids if they choose on one income,” Carlson told Salon. “If there was a Democrat in 2020 in this election who made that primary plank in the platform, I would vote for that person.”

Carlson aroused a different controversy on Monday night when he said that he was rooting for Russia in its conflict with Ukraine. Although he later claimed that he was “joking,” conservatives like Meghan McCain and Frank Luntz openly criticized him for his remarks.

“Why do I care?" Carlson asked. "Why do I care what's going on in the conflict between Ukraine and Russia?”

You can watch the segment below via Media Matters: