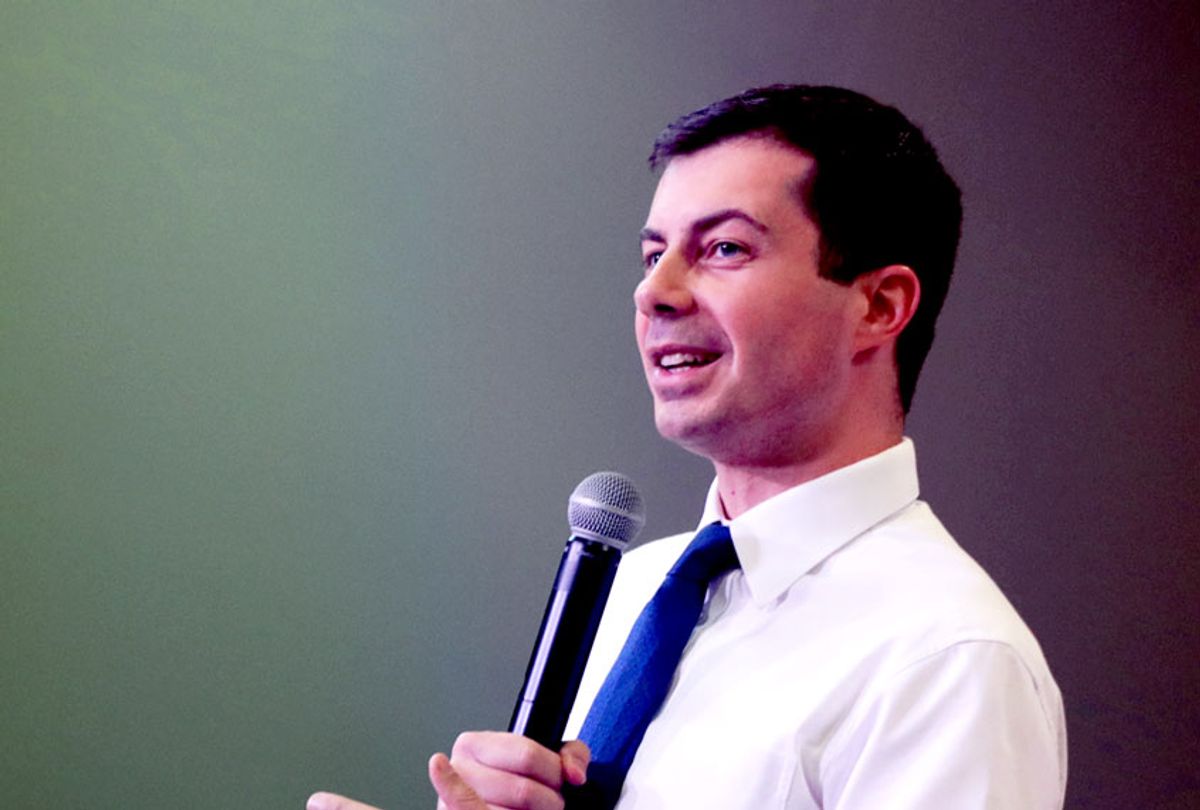 In 1976, while President Gerald Ford was running for re-election against Jimmy Carter, he and his team made a stop in San Antonio, Texas to visit the Alamo. There, Ford was offered a plate of tamales and what followed was one of the most memorable campaign trail faux pas. Lila Cockrell, who was mayor at the time, remembers watching as Ford bite into a still-husked tamale.

"I think he just picked up the plate because if someone had given him the plate, the tamales would not have had the shucks," Cockrell said. "The president didn't know any better. It was obvious he didn't get a briefing on the eating of tamales."

Ford nearly choked on the dry husk, and the Texas media trailing the candidate had a field day. Former Arkansas governor Mike Huckabee, who was living in the state at the time, said in an interview with Sporkful that every newscast in Texas broadcast footage all weekend long of Ford gagging on a tamale.

"To this day I am convinced that it was that gaffe with the tamale that cost him the state of Texas,” Huckabee said.

This is the quote that comes to mind as videos of Pete Buttigieg supporters dancing to Panic! at the Disco’s hit “High Hopes” continue to go viral.

On the campaign trail, food — the way and what candidates eat — is incredibly public. Sharing a meal is a way to engage with constituents and demonstrate one’s everyman or everywoman status.

But as Sarah Dickerman wrote for Politico, sharing food and drink is also surprisingly intimate: “It touches on so many taboos, cultural stereotypes and straight up bodily awkwardness that it leaves candidates vulnerable, opening them up to social media mockery”

Dance is incredibly similar, which could be why people are describing the Buttigieg flash mob-meets-Jazzercise routine as “the cringiest campaign trend so far.” Scientists aren’t really sure why we dance (theories range from a way to broadcast emotional signals or to signal and evaluate date potential), but the opportunity for shame is innate.

Think of Elaine’s dance routine on “Seinfeld” that caused all her coworkers to lose respect for her or, I don’t know, Sean Spicer on “Dancing With the Stars.” Unlike the Ford incident, Buttigieg hasn’t actually been filmed doing the routine, which involves arm-rolling and some gentle swaying of the hips; this is more of an awkwardness by proxy.

The first video of Buttigieg supporters doing the dance ahead of the Iowa Steak Fry was released on Twitter in late September. The response was immediate. “Thanks, I hate it,” one Twitter user said, while another commented, “Big church camp energy.”

“I’m embarrassed for them,” another Twitter user replied. “At least they’re getting paid for this nonsense right? . . . I truly hope they’re being paid to do this!”

This video is essentially the dance equivalent of a politician’s supporters filming themselves eating pizza slices with forks and knives. It’s an act that is truly trite in the scope of an election, but one that is viscerally uncomfortable to at least a sizable portion of the public (as Buzzfeed put it, “People Want To Die After Watching Pete Buttigieg Supporters Doing Their Dance To ‘High Hopes’ By Panic! At The Disco”).

Buttigieg’s campaign team didn’t immediately respond to a request for comment regarding whether coordinated dances were part of the official campaign, but several supporters have indicated online that the dance is an outward display of “joy,” which is one of the campaign’s “Rules of the Road.” But I think more than that, the dance — with its simple moves and pop-y message — is meant to denote relatability; literally anyone can do it and, as Twitter users have found out, it works with any song, from Nicki Minaj’s “Roman Holiday” to “All I Want for Christmas Is You.”

But similar to the Ford tamale incident, the Buttigieg dance also reads as — well, incredibly white, which isn’t doing him any favors, especially in light of Michael Harriot’s viral essay for “The Root,” “Pete Buttigieg Is a Lying MF.” The piece, which published last night, details Buttigieg’s poor track record with relating to the hardships of the black community.

Currently, Buttigieg is polling at zero percent with black voters in South Carolina, and as one Twitter user commented on the Iowa Steak Fry video, “As if we didn’t know that the campaign is super white already — might want to work on these moves before SC.”