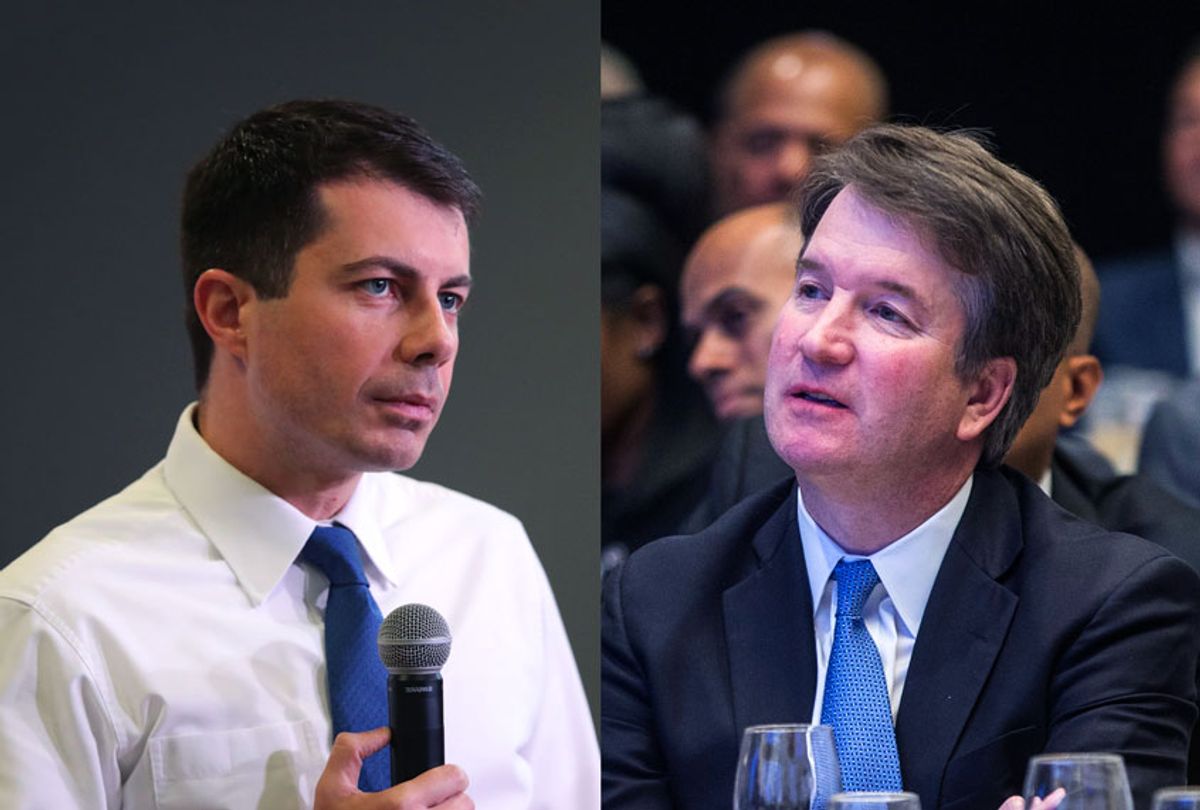 South Bend Mayor Pete Buttigieg will return thousands of dollars in contributions made to his presidential campaign after learning that the money came from a pair of Washington lawyers who defended Supreme Court Justice Brett Kavanaugh when he was accused of sexual misconduct during his Senate confirmation process last year.

“With nearly 700,000 donors, a contribution we would otherwise refuse sometimes gets through,” a spokesperson for the Buttigieg campaign told Salon in a statement which was also shared with The Guardian, who first broke the story. “We believe the women who have courageously spoken out about Brett Kavanaugh’s assault and misconduct, and we thank The Guardian for bringing this contribution to our attention. He should never have been put on the Supreme Court, and this campaign will not accept donations from those who played a role in making that happen. Accordingly, we will be returning this contribution and others from this firm.”

The Buttigieg campaign had received $7,200 from Alexandra Walsh (initially returning $3,150, because it had already exceeded legal limits) and $2,800 from Walsh’s law partner, Beth Wilkinson. According to The Guardian, they were not alone among Democratic presidential campaigns who recieved donations from partners at the law firm of Wilkinson Walsh Eskovitz, which represented Kavanaugh as he confronted sexual misconduct accusations from Dr. Christine Blasey Ford in his ultimately-successful effort to be appointed to the Supreme Court.

Buttigieg has also taken the lead in the first-in-the-nation Iowa caucus, where according to the RealClearPolitics polling average he is ahead by 5.7 percent, and is competitive with Sanders in the New Hampshire primary.

During his confirmation process last year, Kavanaugh was accused of having sexually assault by Ford, as well as having flashed his penis while a student at Yale University. Buttigieg, who has been an outspoken critic of Kavanaugh, said he would nominate a progressive like Justice Ruth Bader Ginbsurg if elected to the presidency.