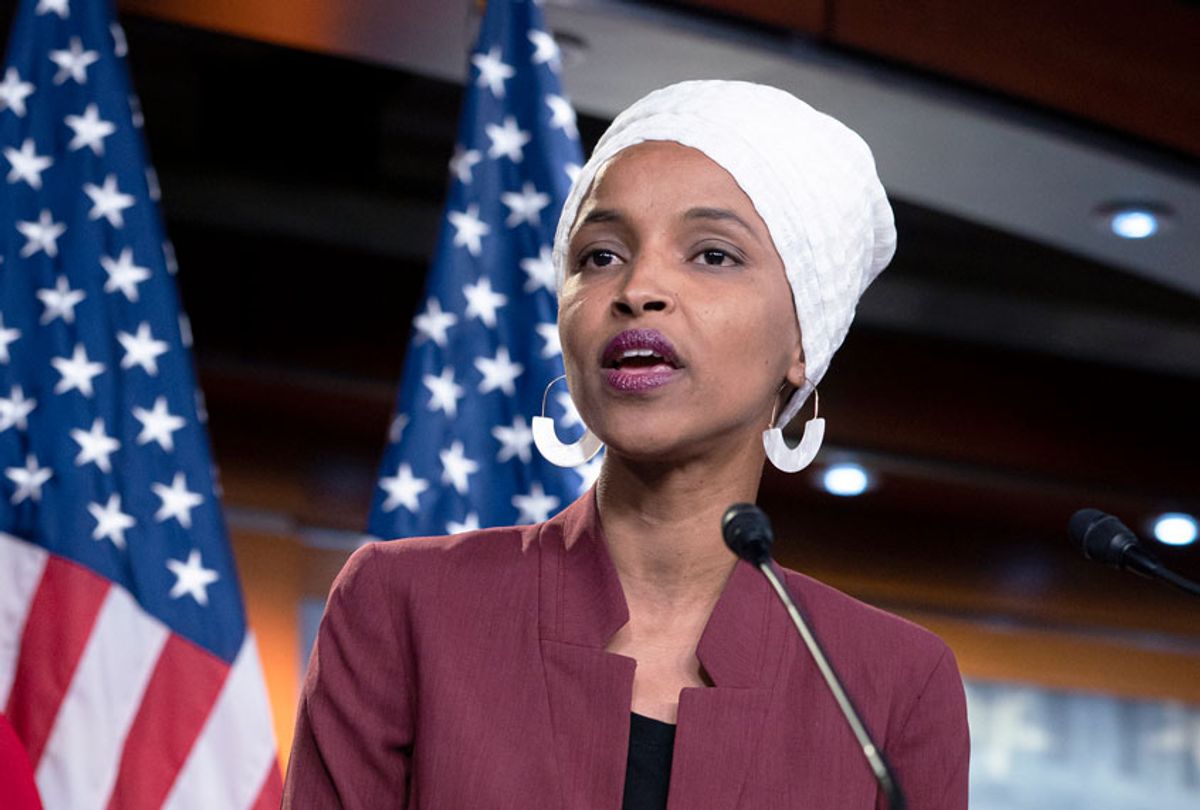 A Republican candidate seeking to unseat Rep. Ilhan Omar, D-Minn., was permanently banned from Twitter after she called for the congresswoman to be “hanged” for “treason.”

Omar has been a target for President Donald Trump and Republicans who have pushed false claims and conspiracy theories to attack the freshman congresswoman for criticizing American wars and foreign policy, even though Trump himself has made similar criticisms.

Omar’s growing prominence has prompted at least five Republicans to launch bids to try to unseat her, including Danielle Stella, a QAnon conspiracy theorist who has been arrested multiple times this year for theft.

“If it is proven @IlhanMN passed sensitive info to Iran, she should be tried for #treason and hanged,” Stella’s campaign account said Tuesday in a tweet.

A second tweet linked to an article quoting her remark along with a crude drawing of a hanging stick figure.

A spokesperson for the social network told The Washington Times that the account was suspended for violating Twitter’s rules.

Stella told the outlet that her “suspension for advocating for the enforcement of federal code proves Twitter will always side with and fight to protect terrorists, traitors, pedophiles and rapists.”

Stella’s tweets cited unsubstantiated claims that Omar shared sensitive information with Qatar that later ended up in Iran. The report was so "highly dubious" that it was even called into question by far-right conservative outlets, such as The Daily Caller.

Omar, who came to the U.S. after her family fled as refugees from Somalia, wrote on Twitter that “misinformation and conspiracy theories” like the one pushed by Stella have “become part of my daily existence.”

“The stories keep getting outlandishly absurd, and this latest one is no exception!” she tweeted. “People often ask me why I don’t fight back against them often. It’s a valid question, one my team, family and I struggle with. There is just too much, they are too ridiculous and it feel degrading to respond to such stupidity. Also, who has time fact checking this insanity.”

The conspiracy theories have led to death threats. Earlier this month, Patrick Carlineo of New York pleaded guilty to threatening Omar in a March call to one of her staffers.

Despite Carlineo pleading guilty to a crime that carries up to 10 years in prison and a $250,000 fine, Omar wrote a letter to the judge in the case urging compassion for Carlineo.

“As you deliberate the sentencing for . . . a man convicted of threatening my life, I write to ask for a system of compassion to be applied in his sentencing,” she wrote. “There is no doubt Mr. Carlineo’s crime is grave . . . As someone who fled a war zone, I know how destablizing acts of political violence can be. That his threat of violence relied on hateful stereotypes about my faith only makes it more dangerous.”

“But we must ask: Who are we as a nation if we respond to threats of political retribution with retribution ourselves,” she added. “The answer to hate is not more hate; it is compassion. Punishing the defendant with a lengthy prison sentence . . . would not rehabilitate him . . . It would only increase his anger and resentment . . . Only restorative justice can do that. He should understand the consequences of his actions, be given the opportunity to make amends and seek redemption.”