Rep. Ilhan Omar asks judge sentencing the man who threatened to murder her to show "compassion"

Patrick Carlineo Jr. faces a fine of up to $250,000 and a prison sentence of up to 10 years after threatening Omar 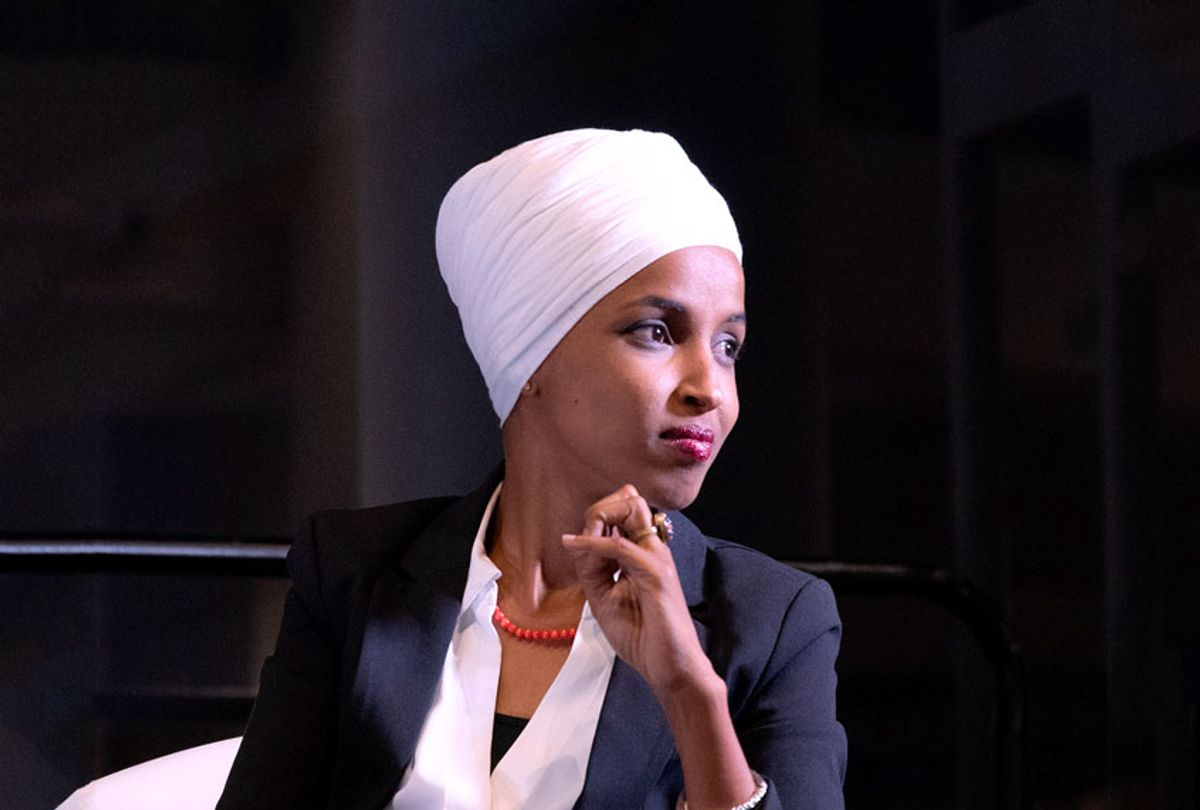 Rep. Ilhan Omar, D-Minn., asked a judge to show "compassion" as he sentences a man from New York who pleaded guilty to threatening to assault and murder the legislator and being a felon in possession of firearms.

“Who are we as a nation if we respond to threats of political retribution with retribution ourselves?” Omar wrote in a letter addressed to Judge Frank P. Geraci, Jr., which was shared with Salon. “The answer to hate is not more hate; it is compassion. Punishing the defendant with a lengthy prison sentence or a burdensome financial fine would not rehabilitate him. It would not repair the harm he has caused. It would only increase his anger and resentment.”

Patrick Carlineo Jr., 55, faces a fine of up to $250,000 and a prison sentence of up to 10 years after he threatened to kill Omar, according to the U. S. Attorney’s Office in the Western District of New York.

Prosecutors said Carlineo placed a phone call to Omar’s Washington office on March 21 at approximately 12:20 p.m. local time. During the call, Carlineo asked a staffer, “Do you work for the Muslim Brotherhood? Why are you working for her, she’s a (expletive) terrorist. Somebody ought to put a bullet in her skull. Back in the day, our forefathers would have put a bullet in her (expletive).”

Carlineo then added, “I’ll put a bullet in her (expletive) skull.”

He placed the call, “because he hates individuals he views as radical Muslims being in the United States government," according to prosecutors.

In 1998, Carlineo was convicted of criminal mischief in the second degree, making it illegal for him to own firearms. As of April, however, he owned “a load .45 caliber handgun, three rifles, two shotguns and hundreds of rounds of ammunition.”

Omar is not the only Muslim lawmaker to have received death threats this year. In June, Rep. Rashida Tlaib, D-Mich., revealed at a House Oversight Committee about white supremacy that she had received a number of threats.

“And I keep asking, 'What happens? What happens to these individuals?' . . . I'm being sincere.  I'm not trying to — I'm really sincere. I'm a mother, so I want to go home to my two boys," Tlaib told Michael McGarrity, the FBI's assistant director of the counterterrorism division.

Omar has also had her loyalty to America called into question. During a rally for President Donald Trump in July, a number of people in the audience began chanting, “Send her back.” The president made did nothing to dissuade them.

Earlier that month, Trump tweeted that Omar, Tlaib and the two other Democratic congresswomen of color who form “the Squad” — Reps. Ayanna Pressley of Massachusetts, Alexandria Ocasio-Cortez of New York — should “go back and help fix the totally broken and crime infested places from which they came. Then come back and show us how it is done.”