Exclusive: Martin O'Malley says not standing up to Trump officials on immigration is "irresponsible" 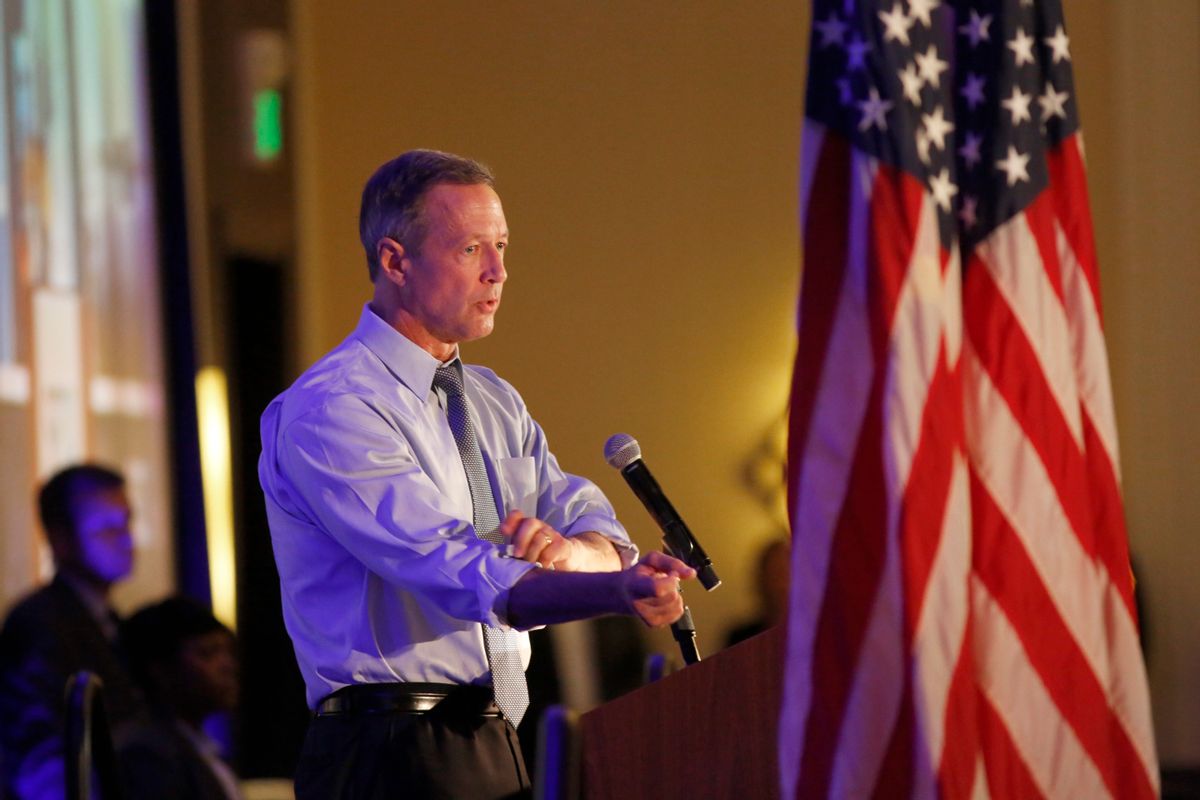 FILE - In this Jan. 16, 2016 file photo, Democratic presidential candidate, former Maryland Gov. Martin O'Malley rolls up his shirt sleeve while he speaks in Charleston, S.C. In Iowas leadoff presidential caucuses, OMalley could finally be a player. Thats probably not because of any hidden depths of support for the low-polling former Maryland governor. Rather, the quirks of the Iowa process mean that candidates must have a minimum level of support in each of the states nearly 1,700 voting precincts. If OMalley backers cant reach the threshold they will have to select another candidate. (AP Photo/Mic Smith, File) (AP)
--

Martin O'Malley — the former Maryland governor and presidential candidate who on Wednesday had a heated exchange about immigration with President Donald Trump's acting Deputy Secretary of Homeland Security, Ken Cuccinelli — spoke to Salon on Sunday about his advice for Americans who want to stand up to Trump officials on immigration issues.

"I think silence in the face of the cruelty of caging children on our southern border is irresponsible," O'Malley said. "We cannot be silent in the face of this. The biggest threat to our American freedom is not dictatorship. It's our own public passivity and acceptance of cruelty and institutional violence practiced in our name and with our permission. We all have an obligation to speak out, to call it like it is."

The confrontation between O'Malley and Cuccinelli occurred on Wednesday night at a Washington pub called the Dubliner during an unofficial meetup for alumni of Gonzaga College High School. The former Baltimore mayor criticized the Trump administration's policies of separating migrant children from their parents and of detaining immigrants in chain-link enclosures, later telling The Washington Post in a text message that Cuccinelli is "the son of immigrant grandparents who cages children for a fascist president." His actions were praised by progressives like New York Times columnist Michelle Goldberg, who on Thursday tweeted "God bless Martin O'Malley."

Cuccinelli has a history of anti-immigrant rhetoric and has been accused of white supremacism. In August he said that the Statue of Liberty's greeting should be rewritten to read, "Give me your tired and your poor who can stand on their own two feet and who will not become a public charge." He also said that in his opinion the Statue of Liberty's message was meant solely for "people coming from Europe."

When asked what he would say to Trump if he had an opportunity to speak to him like he did Cuccinelli, O'Malley told Salon that he would criticize "the scapegoating and the racism that's being hurled at immigrant people" and the construction of large internment camps "for penning up people that are primarily brown-skinned and Spanish-speaking." O'Malley described these things as "an outrage that runs contrary to everything our country stands for."

The former 2016 presidential contender also denounced "the ripping of toddlers and children from their parents' arms, putting them in cages, the sort of intentional infliction of emotional damage to kids. How do you put an estimate on that damage to real people and the memory of that trauma for years to come?" He identified certain elements of Trump's political movement as fascistic, including "the scapegoating of ethnic groups, the promotion of a white militant ethnic nationalism, [the] aggressive masculinity and also encouraging supporters to resort to violence against political opponents. All of these things are the hallmarks of fascism."

During the 2016 presidential election, O'Malley was the last candidate to drop out of the Democratic race before it became a two-way contest between former Secretary of State Hillary Clinton and Sen. Bernie Sanders of Vermont. He spoke with Salon last year about his criticisms of aspects of the primary process, and in particular the presidential debates.