Humanity's paths: a "Star Trek" utopia or a "Terminator" dystopia? 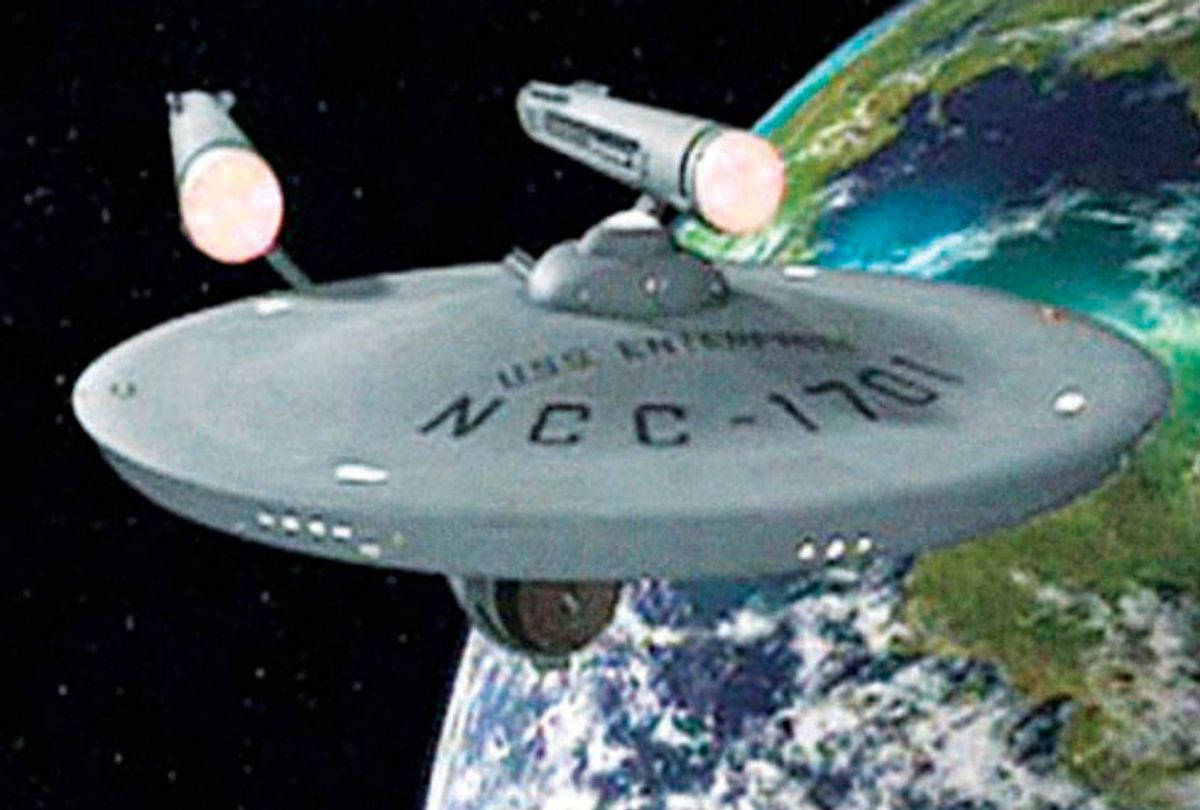 Excerpted from "Innovation + Equality: How to Create a Future that is More Star Trek than Terminator," by Joshua Gans and Andrew Leigh. Reprinted with permission from The MIT PRESS, 2019.

The United States today is more unequal than it has been in generations and more technologically advanced than ever. As the top 1 percent increases its share of the world’s wealth, advances in artificial intelligence are driving new breakthroughs in facial recognition, language translation, and abstract strategy games. While the earnings gap between highly educated workers and the unskilled widens, CRISPR technology lets scientists edit genomes.

For robot designers, data analysts, and medical researchers, it can be the best of times. To paraphrase technology entrepreneur Jerry Kaplan, theirs is a future represented by "Star Trek"— a world where technology’s benefits are widely shared. For someone with few skills, few assets, and no job, it can feel like the worst of times. Theirs is a future that can seem like the dystopian one of "Terminator," after a self-aware artificial intelligence realizes that it no longer needs humanity.

Some people argue that inequality is the price we must pay for innovation. They say that we can’t all be billionaires. They assert that if we try to make society more equal by raising the top tax rate, it could deter risk taking and innovation. If we have to choose between having more stuff and distributing it fairly, they conclude that we should go for growth over equity.

We believe this is a false trade-off. Perhaps we can’t all be billionaires, but there’s no reason to be sanguine about rising inequality and falling mobility. The central argument of our book is that there are many ways society can improve innovation and equality. This means we can have a bigger cake and slice it up more fairly. Indeed, when we overlook these ideas, we miss the chance to make society more entrepreneurial and more egalitarian.

While the bottom is dropping out, the top is accelerating away. In today’s dollars, CEOs of large firms in the mid-1960s earned, on average, around $900,000 — a total that includes salary, bonuses, stock options, and incentive pay. They currently earn $18.9 million. Put another way, the average worker back then would have had to work for 20 years to earn what their CEO took home in a year. Now, they would have to work for an impossible 312 years to earn the boss’s annual salary.

Some people have dropped out of work altogether. Labor economists refer to people aged twenty-five to fifty-four as “prime aged.” In the 1960s, the employment rate for men in this group was 94 percent. Since 2010, it has averaged just 83 percent. Even prime-aged women, whose workforce participation rates skyrocketed in the postwar era, have a lower employment rate this decade than in the 1990s or 2000s.

Let’s put it another way. In the aggregate, men working full time haven’t gotten a real pay raise since "American Graffiti" came out, and the typical household has about the same real income as it did when "The Matrix" was revealed. The child poverty rate is as bad now as when the Beatles toured. After inflation, households in the bottom tenth barely have more income than in the year Madonna released “Like a Prayer.”

Admittedly, we need to be careful about what we’re measuring. Compared to a generation ago, US employees are more likely to receive supplements to salaries, such as health care, private pension contributions, and on-site day care. But these kinds of benefits only exacerbate inequality. Three-quarters of high earners have employer-provided health insurance, compared to just one-quarter of low earners. Benefits such as free meals, paid volunteering days, and annual bonuses are more common in well-remunerated industries.

Having large sections of the population fall behind isn’t inevitable. In the postwar decades, macroeconomic growth was strong, and equally distributed. In fact, from 1946 to 1980, incomes for the bottom half of the US population grew faster than incomes for the top half. But this came to an end in the 1980s.

One recent study looked at the issue by asking the simple question: What are the odds that a child earns a higher income than their parents? For a child born in 1940, there was a 92 percent chance that they would end up living in a household with a higher income than the one they grew up in. But for a child born in 1980, this chance had fallen to just 50 percent. About two-thirds of this is due to the rise in inequality, with just one-third attributable to the fall in the overall rate of economic growth.

Wealth in the United States is becoming concentrated into fewer and fewer hands. In the mid-1980s, the bottom 90 percent of households controlled four times as much wealth as the top 0.1 percent. Today, the two groups have the same shares. This means that in a population of slightly over 300 million, the top 300,000 or so have as much wealth as the bottom 270 million. It’s a case of the “haves” versus the “have yachts.”

Conveniences made possible by technology are also changing the nature of jobs, and which jobs are done by people and which are done by machines. From Prime to Alexa, Amazon is constantly on the lookout for innovations that can entice you to shop with it rather than at a local store. Amazon’s Part Finder lets you point your smartphone camera at a screw, bolt, or washer to figure out what to order online. McDonald’s is replacing human cashiers with digital-ordering kiosks. Pizza Hut stores in Japan and Singapore use Pepper the robot to take orders. In some clothing stores, smart cameras can scan your body shape to identify your size. It won’t be long before artificial intelligence can suggest accessories with more accuracy than a human staff member.

Car factories have more robots and fewer workers than ever before. Fully automated warehouses can replace packers with robots, saving space, energy (robots can work in the dark), and time. A joke imagines a factory in the future staffed by a person and a dog. The person’s job is to feed the dog. The dog’s job is to bite the human if they try to touch the machines.

Our focus is on how to maximize the upside and minimize the downside of technology. We’re both unabashed geeks, with a love for new gadgets and gizmos. We’re excited by the potential of genetic medicine, 3-D printing, and virtual reality to make our lives healthier, more interesting, and longer than ever before. Just as technologies of the past have improved our lives, so too can the innovations to come.

But we’re also painfully aware of the risk that technology drives a wedge through our society. In a world where robots can do everything and wages fall to zero, the only thing that matters is who owns the assets. That’s a prospect for the one in five people whose wealth is already approximately zero. Even in more moderate scenarios, it’s likely that the earnings gap between university graduates and high school dropouts will continue to widen. That should be worrying for every teenager today who’s considering not finishing school.

Is There a Big Trade-off?

In his 1975 book "Equality and Efficiency: The Big Tradeoff," economist Arthur Okun suggested that policy makers often have to choose between fairness and growth. Take Supplemental Security Income, which is paid to disabled and low-income elderly people. The payment reduces inequality. But it is mostly funded by taxes on employment, which can dampen the incentive to work more hours. Total income goes down, and equality goes up. Paying taxes to keep the elderly out of poverty is a trade-off that most people are happy to support.

The big question is whether a growing gap between rich and poor is the price of progress. If we want to generate technological advances and innovations that improve productivity, must we accept that there will be some who end up with a larger share of hose fruits? Is there a trade-off between innovation and equality?

Many in business and government say that inequality is merely the price that society pays to enter into a more exciting world. They rationalize this position by saying that the focus should not be on inequality per se—who gets more than me?—but instead on progress—am I better off than I was before? Innovations are seen as things that make everyone better off even if the gains differ. Yet in reality, “no losers” innovations are rare. Electronic supermarket checkout machines displace cashiers today just as steel mills displaced blacksmiths a century ago. Even as they raise average well-being, most inventions make some people worse off.

Economists are also concerned about incentives. Innovations do not come for free. Someone must devote effort and resources to bring new ideas to market. Not surprisingly, they will only do so if they expect to be paid back. Adjusting for risk, some profit is due them. So when we look back, we will get innovations, but we will also likely see inequality. The fruits of progress are unequally shared.

Seen in this light, extremely high top tax rates might impair innovation. In the final two years of World War II, the United States had a top tax rate of 94 percent on incomes over $200,000. For every additional dollar above that threshold, the taxpayer kept just six cents. In that environment, some entrepreneurs might hesitate. Push all tax rates up to 100 percent—the approach favored under pure communism—and the link between risk and reward is broken entirely. The result, as societies from Mao Tse-tung’s China to Fidel Castro’s Cuba have shown, is more equality but less innovation. In the end, everyone is worse off.

The problem with many contemporary debates over innovation and equality is that these extreme positions—innovation benefits everyone versus equality hurts everyone—have come to dominate the discussion. But once we move away from the fringes, we find many policies that do not imply a trade-off. Once you examine the details of technological innovation and its impacts, there are a plethora of good policies that allow both more innovation and less inequality. Okun’s trade-off is often a false choice.

We argue that good policies are those that respect two fundamental facts about the process of innovation: creative destruction and unresolvable uncertainty. Creative destruction means that technological change comes at a cost, and this cost should be shared by those who receive the benefits. Unresolvable uncertainty means that policies should not be overly rigid and sector specific. Instead, we should think in insurance terms: how do we stimulate innovation while providing a buffer for those who disproportionately bear innovation’s costs? In other words, how do we make redistribution smart?

Excerpted from "Innovation + Equality: How to Create a Future that is More Star Trek than Terminator," by Joshua Gans and Andrew Leigh. Reprinted with permission from The MIT PRESS, 2019.

Andrew Leigh is a Member of the Australian House of Representatives, a former economics professor, and author of "Battlers and Billionaires," "Randomistas," and other books.

Joshua Gans is Professor of Strategic Management and holds the Jeffrey S. Skoll Chair of Technical Innovation and Entrepreneurship at the University of Toronto's Rotman School of Management. He is the author of "The Disruption Dilemma" (MIT Press), "Prediction Machines," and other books.​