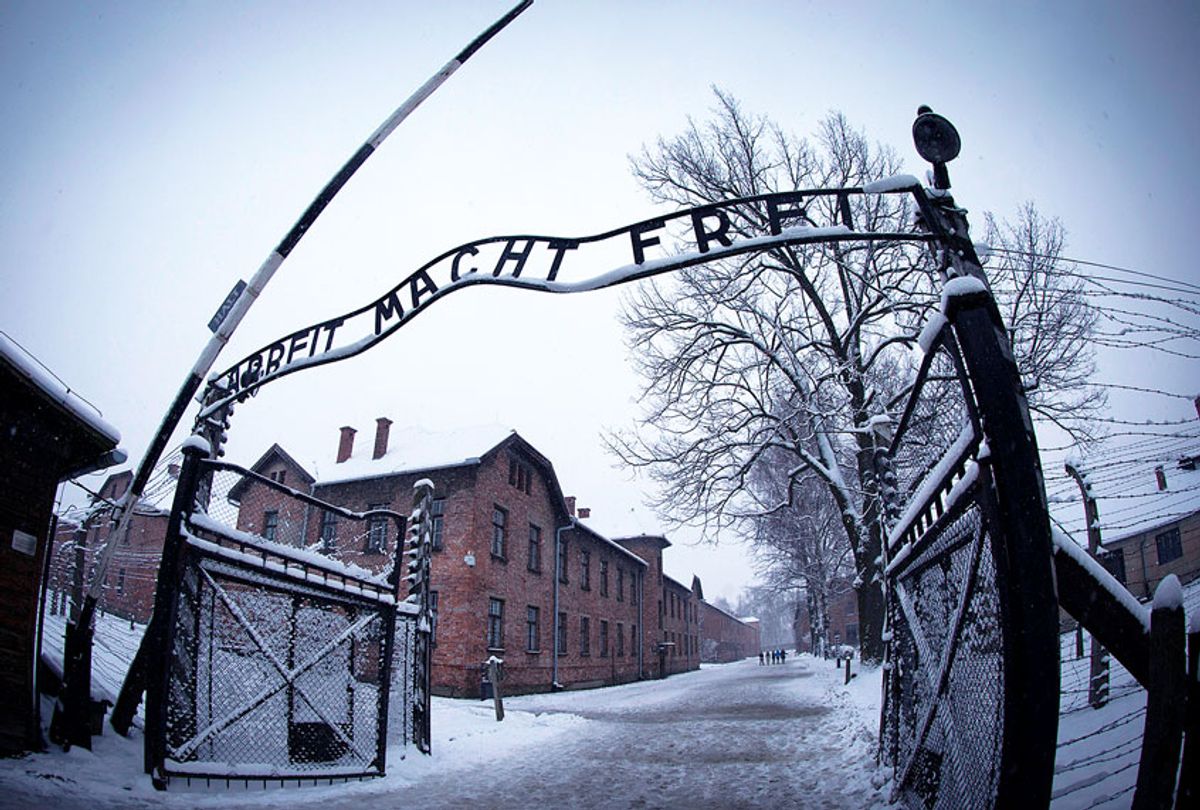 The entrance to the former Nazi concentration camp Auschwitz-Birkenau with the lettering 'Arbeit macht frei' ('Work makes you free') is pictured in Oswiecim, Poland on January 25, 2015, days before the 70th anniversary of the liberation of the camp by Russian forces. (JOEL SAGET/AFP via Getty Images)
--

Amazon has removed Christmas ornaments which included imagery from the Auschwitz concentration camp after backlash on social media, including from the official Twitter account of the Auschwitz Memorial.

“All sellers must follow our selling guidelines, and those who do not will be subject to action, including potential removal of their account,” Amazon told NBC News in a statement on Monday.

The products that Auschwitz Memorial and others flagged as objectionable not only included Christmas ornaments but also a beer bottle opener and a mouse pad.

“Selling ‘Christmas ornaments’ with images of Auschwitz does not seem appropriate. Auschwitz on a bottle opener is rather disturbing and disrespectful. We ask Amazon to remove the items of those suppliers," The memorial tweeted on Sunday,

After Amazon removed the suppliers from its site, the memorial tweeted later that day that “it seems that Amazon has removed all of the ‘Christmas ornaments’ with the images of the former Auschwitz camp. Thank you everyone for your activity and response.”

Roughly an hour later, however, the memorial tweeted: “Sadly, it is not over yet Amazon. The ‘Massacre Auschwitcz (!) Birkenau Jewish Death’ mousepad is another disturbing online product. We are not sure if @yadvashem would like the ‘Christmas ornament’ with a freight car used for deporting Jews for extermination either.”

That supplier was also removed from Amazon’s site on Monday. The memorial noted, however, that similar products were being sold at Wish Shopping.

The takedowns occurred after Rep. Adam Schiff, D-Calif., wrote in a public letter that “as the largest online marketplace in the world, Amazon is in a unique position to shape consumption.” The congressman additionally expressed concern that Amazon’s algorithms were “not designed to distinguish quality information from misinformation or misleading information, and as a result, harmful anti-vaccine messages have been able to thrive and spread.”

The site removed home merchandise including bath mats and doormatsthat were covered in references to the Prophet Muhammad, Islamic calligraphy and Muslim scripture, CNN reported in January. America’s largest Muslim civil rights and advocacy organization, the Council on American-Islamic Relations, asked Amazon to take down those products, because they “would be stepped-on or otherwise disrespected by customers.”