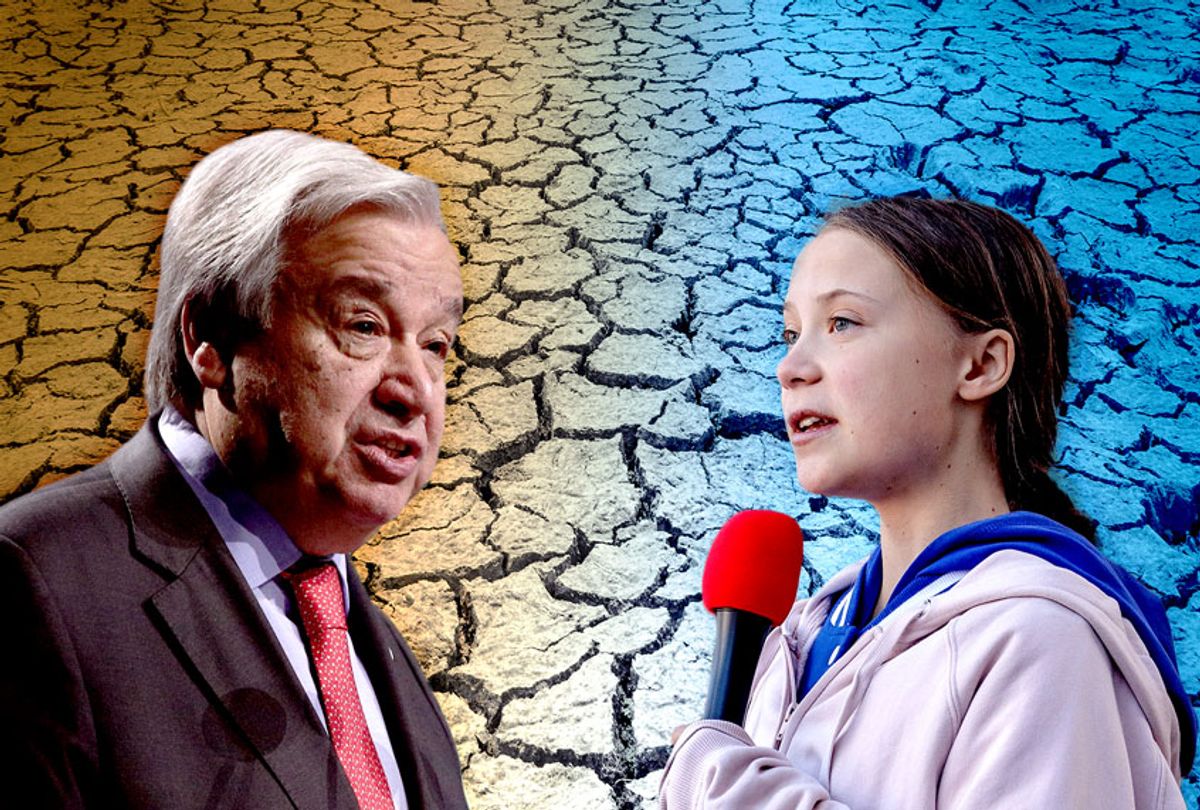 The United Nations Secretary-General, António Guterres, offered a bleak warning about the future of the planet if world leaders fail to implement a meaningful solution to climate change.

After telling reporters in the Spanish capital of Madrid on Sunday that "the point of no return is no longer over the horizon, it is in sight and hurtling toward us," Guterres told the United Nations on Monday in his opening speech to delegates that levels of heat-trapping gases have reached a record high not seen since sea levels were 10 to 20 meters higher than they are today. He warned that the results could be dire for humanity if greenhouse gas emissions are not significantly reduced in the near future.

"Do we really want to be remembered as the generation that buried its head in the sand, that fiddled while the planet burned?" Guterres asked. His words were reminiscent of a prior speech from climate change activist Greta Thunberg, who in September told the United Nations that "you are failing us, but young people are starting to understand your betrayal. The eyes of all future generations are upon you, and if you choose to fail us, I say we will never forgive you."

Salon spoke with top climate scientists who agreed with Guterres about the urgency of the issue but did not entirely support the language he chose to use.

"The UN Secretary General has said that efforts to stop climate change have so far been 'utterly inadequate' and that there is a danger global warming could pass the 'point of no return,'" Ken Caldeira from the Carnegie Institution for Science told Salon by email. Caldeira agrees with Guterres, though notes that while "it is true that we will never regain our environmental virginity... [humanity has] irrevocably altered our environment," that does not mean that "it is too late to do anything."

Caldeira's perspective was echoed by Kevin Trenberth of the National Center for Atmospheric Research (NCAR), who told Salon that "basically Guterres is right, but I would not use that language 'point of no return.'"

"What he really means is that the risk of irreversible changes looms larger and larger," Trenberth explains. "Here, 'irreversible' means on a few people's lifetimes. Because of long lifetimes of carbon dioxide and infrastructure we needed to start reducing emissions yesterday (20 years ago) and in that sense we have a crisis of lack of action to move things in the right direction."

Michael E. Mann, the director of the Earth System Science Center, told Salon that "as a report last week noted, we are potentially nearing a number of so-called tipping points in the climate system. Points of no return, if you will." He concluded:

"Once we trigger for example the collapse of the major ice sheets, we commit to not feet, but meters of sea level rise. We don’t know how close we are to that point. I liken it to the blindfolded man who is nearing a cliff and he doesn’t know how close he might be to the edge."