“I don't know if I would recognize Lisa Page if I saw her on the street,” Ingraham says 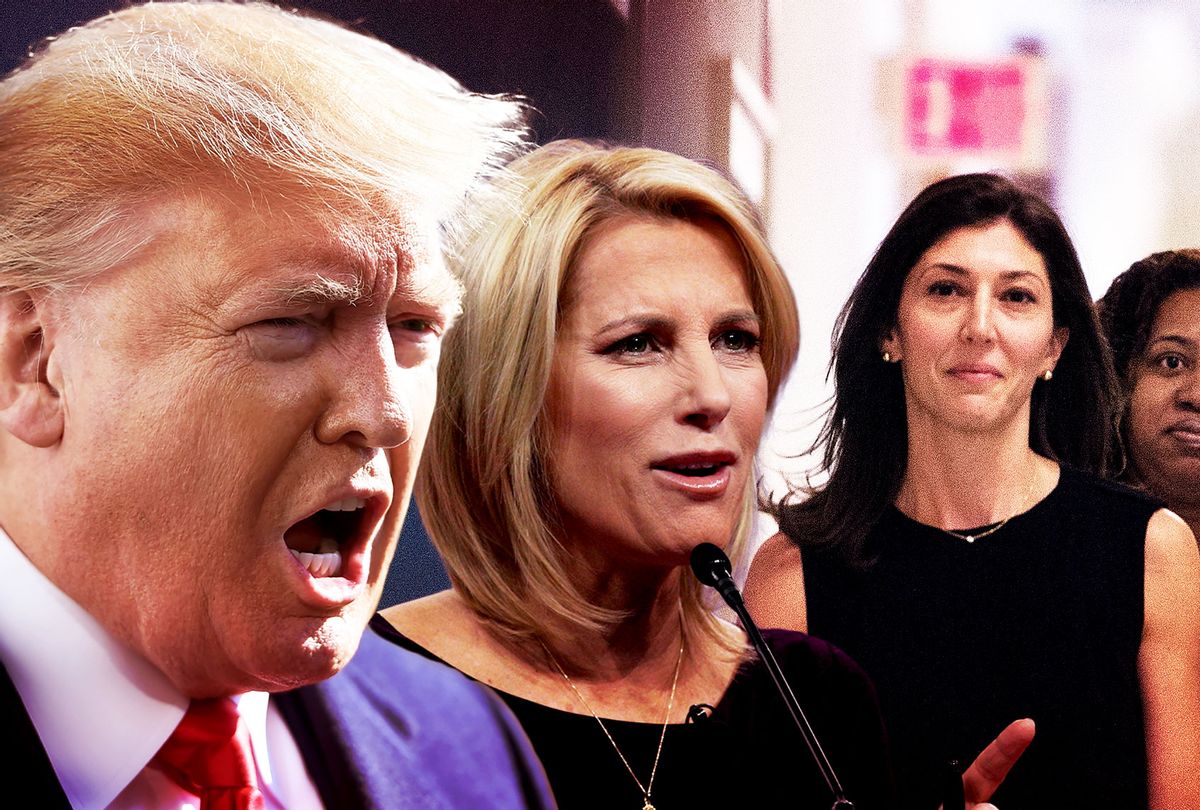 Fox News host Laura Ingraham ridiculed former FBI lawyer Lisa Page — who has been vilified for disparaging President Donald Trump during text conversations with a man with whom she had an affair, then-FBI agent Peter Strzok — for speaking out against “demeaning” personal attacks from the executive.

Ingraham’s comment came after she referred to a recent interview with Page in The Daily Beast as a “puff piece.” She showed a clip of the author, Molly Jong-Fast, saying that Trump was “dehumanizing [Page] and sexualizing [Page]” when he referred to her as the “lover” of Strzok. Jong-Fast also recalled how Page said she feels afraid when she sees someone wearing a MAGA hat.

“Who recognizes — I just have a question, ‘Who the heck?’ I mean, we're obsessed, [and] I don't know if I would recognize Lisa Page if I saw her on the street,” Ingraham said.

After quoting a segment of the interview in which Page described her sense of fear, Ingraham remarked that “that is a little excessive. It's all a build-up, this is all an act.”

Journalist John Solomon agreed with Ingraham’s remarks, adding that “the sense of self-importance that some of these bureaucrats have demonstrated in these last few years show why the bureaucracy got so out of control.”

Earlier in the interview, Ingraham quoted a report by the Department of Justice about Page and Strzok, a former investigative agent at the FBI.

“Your excessive, repeated and politically charged text messages while you were assigned as the lead against the FBI’s two biggest and most politically sensitive investigations in decades demonstrated a gross lack of professionalism and exceptionally poor judgment,” the Department of Justice report said.

During her interview with The Daily Beast, Page said that “when somebody makes eye contact with me on the metro, I kind of wince, wondering if it’s because they recognize me. Or are they just scanning the train like people do? It’s immediately a question of friend or foe?”

She added, “Or if I’m walking down the street or shopping and there’s somebody wearing Trump gear or a MAGA hat, I’ll walk the other way or try to put some distance between us, because I’m not looking for conflict. Really, what I wanted most in this world is my life back.”

She also said that when the text messages between her and Strzok were released to the public, they “were selected for their political impact. They lack a lot of context. Many of them aren’t even about him or me. We’re not given an opportunity to provide any context.”

The texts did not limit their criticisms to Trump. Texts were released that also criticized his Democratic rival Hillary Clinton and her daughter, Bernie Sanders and former Attorney General Eric Holder.

Ingraham was not alone in dismissing Page’s predicament. White House counselor Kellyanne Conway told Fox News on Monday that “I honestly think she feels really sorry for herself.”

She mater added, “I’m not a woman who feels sorry for myself. That’s the message of the day. I hope my three daughters are watching.”

You can watch the segment here: