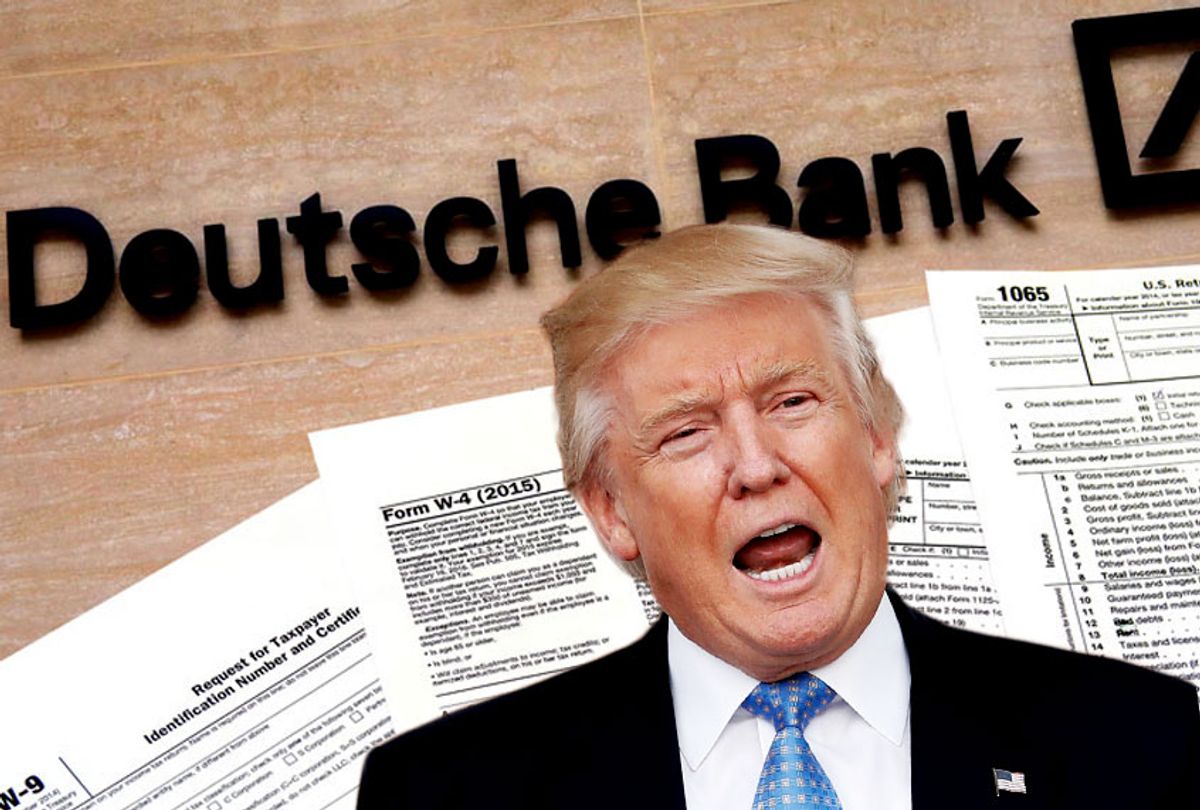 Two banks must turn over President Donald Trump's financial records to Congress, a federal appeals court ruled Tuesday, dealing another blow for an executive who has sought to shield his personal financial records.

The New York-based appeals court upheld Congress' broad investigative authority and ordered Deutsche Bank and Capital One to comply with subpoenas from the House Intelligence and Financial Services Committee for the president's financial information. The court ruled that Trump has seven days to seek review from the Supreme Court in the case.

In a 106-page ruling, the U.S. Court of Appeals for the Second Circuit said the House committees' "interests in pursuing their constitutional legislative function is a far more significant public interest than whatever public interest inheres in avoiding the risk of a chief executive’s distraction arising from disclosure of documents reflecting his private financial transactions."

The appeals court said that the banks must begin turning over most of the documents in "daily batches" beginning in one week. It made an exception for "sensitive documents."

The president's personal attorney Jay Sekulow said in a statement Tuesday that Trump's legal team believes the subpoena is "invalid as issued" and is reviewing the ruling to determine next steps, "including seeking review at the Supreme Court."

In a statement, Deutsche Bank said, "We remain committed to providing appropriate information to all authorized investigations and will abide by a court order regarding such investigations."

The House Intelligence and House Financial Services Committees subpoenaed Deutsche Bank in April for financial documents related to the president and his three eldest children: Donald Jr., Ivanka and Eric. Lawmakers also subpoenaed the bank for financial records related to the Trump Organization and other Trump-related business entities. The committees, led by Reps. Adam Schiff and Maxine Waters, both California Democrats, have argued they need the records as part of its investigation into Russian money laundering and potential foreign influence involving Trump.

The appeals court was reviewing a district court decision from May which concluded that the subpoenas could be enforced. Trump and his legal team appealed the decision, claiming that the subpoenas have no legitimate purposes and violate the privacy rights of the president and his family.

The majority disagreed, finding the subpoenas serve a "legitimate legislative purpose," but acknowledged the privacy concerns related to the case. The court ordered the lower court to give Trump and his family time to identify "all sensitive documents" which should potentially be excluded from disclosure. The House committees could object to those potential exclusions, the court ruled.

"We have recognized that this loss of privacy is irreparable," the court said, but “the seriousness of the hardship . . . should be assessed in light of the fact that [Trump] is already required to expose for public scrutiny a considerable amount of personal financial information."

The ruling for the Second Circuit is the third time a federal appeals court has upheld subpoenas for Trump's financial records. Last month, the U.S. Court of Appeals for the District of Columbia ruled against the president, affirming that Congress can seek eight years of Trump's tax records.

In that case, the president is fighting a subpoena issued to his longtime accounting firm, Mazars USA, by the House Oversight and Reform Committee. Trump has asked the Supreme Court to block the subpoena, and the high court agreed to temporarily block the enforcement of the subpoena to allow itself more time to decide whether to take up the case.

The case is one of two at the Supreme Court in which Trump sued to stop Mazars from complying with subpoenas for his financial records.

The latter arises out of an investigation headed by Manhattan District Attorney Cyrus Vance Jr., a Democrat, who subpoenaed roughly the same materials from Mazars as part of a probe into hush-money payments made to adult-film actress Stormy Daniels and former Playboy model Karen McDougal. Both women alleged affairs with Trump, who has denied the claims and any wrongdoing.

The case is further along at the Supreme Court, as the president has already filed a petition seeking a review. Meanwhile, prosecutors have field a brief urging the court to deny one.

In the Deutsche Bank case, attorneys for the bank indicated in a letter to the court that it possessed the tax returns of at least some of the individuals or businesses requested by lawmakers, but it redacted the identities of the taxpayers.

Several media outlets then filed a motion to unseal the names of the individuals. Deutsche Bank, along with the president's legal team, said it opposed the motion at the time. The appeals court denied the media's request, in part because Deutsche Bank had informed the court that "the only tax returns it has for individuals and entities named in the subpoenas are not those of the president." The court added, "[T]he identity of the two taxpayers whose tax returns Deutsche Bank has is not relevant to any issue we need to decide."

Democrats on Capitol Hill have been on a quest to obtain Trump's tax returns ever since he bucked decades of tradition when he first refused to release them during the 2016 election cycle.

Though not required by law, every major party presidential nominee since the 1970s has chosen to publicly release his or her tax returns except for Gerald Ford, who only released a summary. Financial disclosures can help paint a fuller picture of a candidate's business positions and interests by providing information about financial dealings, such as investments, donations, business relationships, assets and possible conflicts of interests.

Since clinching the presidency, Trump has argued that he cannot disclose his returns, because he is being audited by the IRS — even though audits do not prevent taxpayers from releasing their tax documents.