"I read transcripts of every one of the witnesses who appeared in the live hearing," Pamela Karlan told Collins 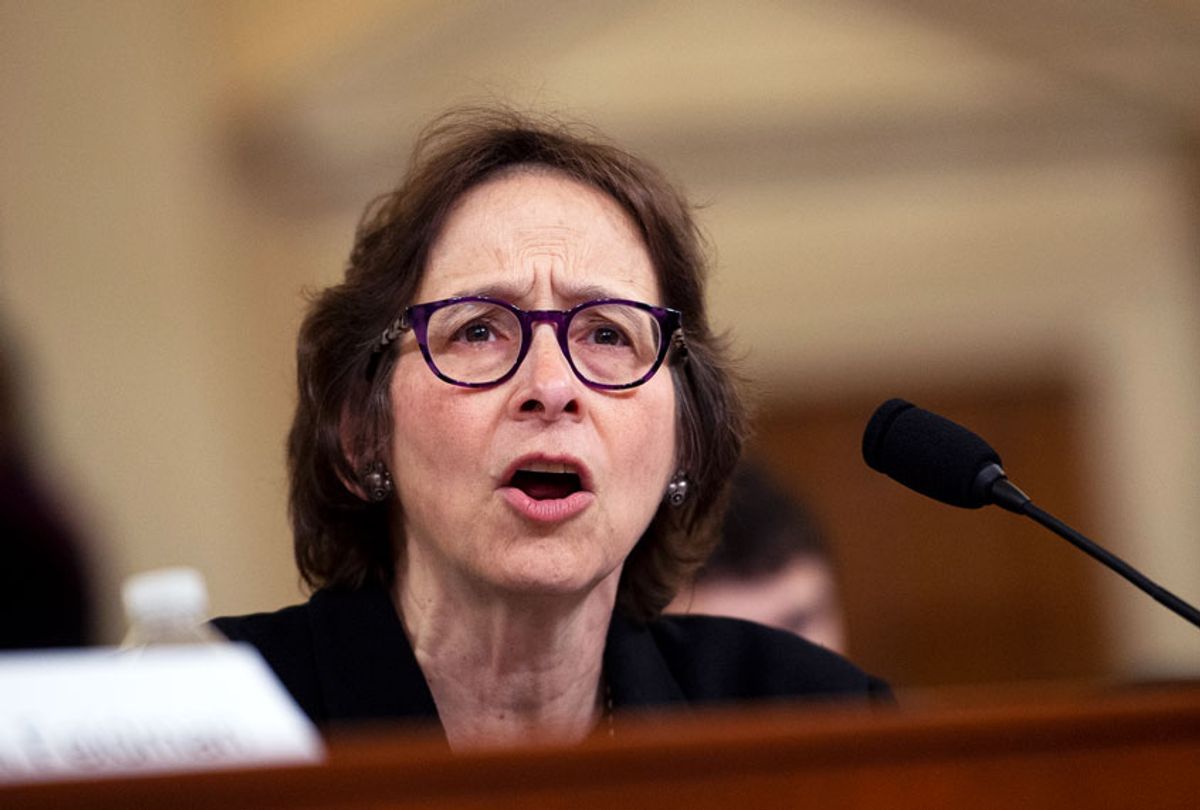 Stanford law professor Pamela Karlan, one of the constitutional scholars called by Democrats to testify in the House Judiciary Committee's first impeachment hearing Wednesday, admonished Rep. Doug Collins, R-Calif., the panel's ranking member, for suggesting that she was a partisan who did not care about the "facts" of the case against President Donald Trump.

"Mr. Collins, I would like to say to you, sir, that I read transcripts of every one of the witnesses who appeared in the live hearing, because I would not speak about these things without reviewing the facts," Karlan said in her opening statement. "I'm insulted by the suggestion that as a law professor, I don't care about the facts."

Karlan's remarks came after Collins, in his opening statement, complained that the panel's hearing was "unfair," politically-motivated and invalid, in part because the committee had not called any "fact witnesses" and was relying on testimony from law professors called by Democrats.

"The discussion today will be about whether constitutional principles support impeachment based on 300 pages of supposed 'facts' we just received, which ignore inconvenient, exculpatory information," Collins said. "This unfair process is politics as usual, but this time it's politics to overturn 63 million American votes."

Collins had suggested that Karlan was biased against Trump, a notion she rejected in her opening statement by citing the "evidentiary record" before the committee. Collins argued that the evidence reveals Trump had abused the powers of his office by urging a foreign nation to interference in the 2020 presidential election for his personal political benefit.

"Everything I read on those occasions tells me that when President Trump invited, indeed demanded, foreign involvement in our upcoming election. He struck at the very heart of what makes this a republic to which we pledge allegiance," she added. "Put simply, a candidate for president should resist foreign interference in our elections — not demand it. If we are to keep faith with the Constitution and our republic, President Trump must be held to account."

The House Judiciary Committee on Wednesday held its first hearing in the impeachment inquiry. The panel, which has jurisdiction over drafting articles of impeachment, heard testimony from four constitutional scholars about the legal and historical underpinnings of the process.

The hearing came one day after the House Intelligence Committee voted along party lines to approve its 300-page draft report about the inquiry. The report concluded that Trump had "compromised national security to advance his personal political interests" and then engaged in an "unprecedented campaign of obstruction" in order to prevent Congress from uncovering his misconduct.

At the heart of the inquiry are allegations that Trump attempted to leverage a White House meeting and millions in military aid, sought by Ukraine in the face of Russian aggression, to pressure President Volodymyr Zelensky to investigate former Vice President Joe Biden and his son, Hunter, as well as an unsubstantiated theory that the Ukrainian government had conspired with Democrats to interfere in the 2016 presidential election.