Company with long history of legal trouble won wall contract, even though its bid "did not meet standards" 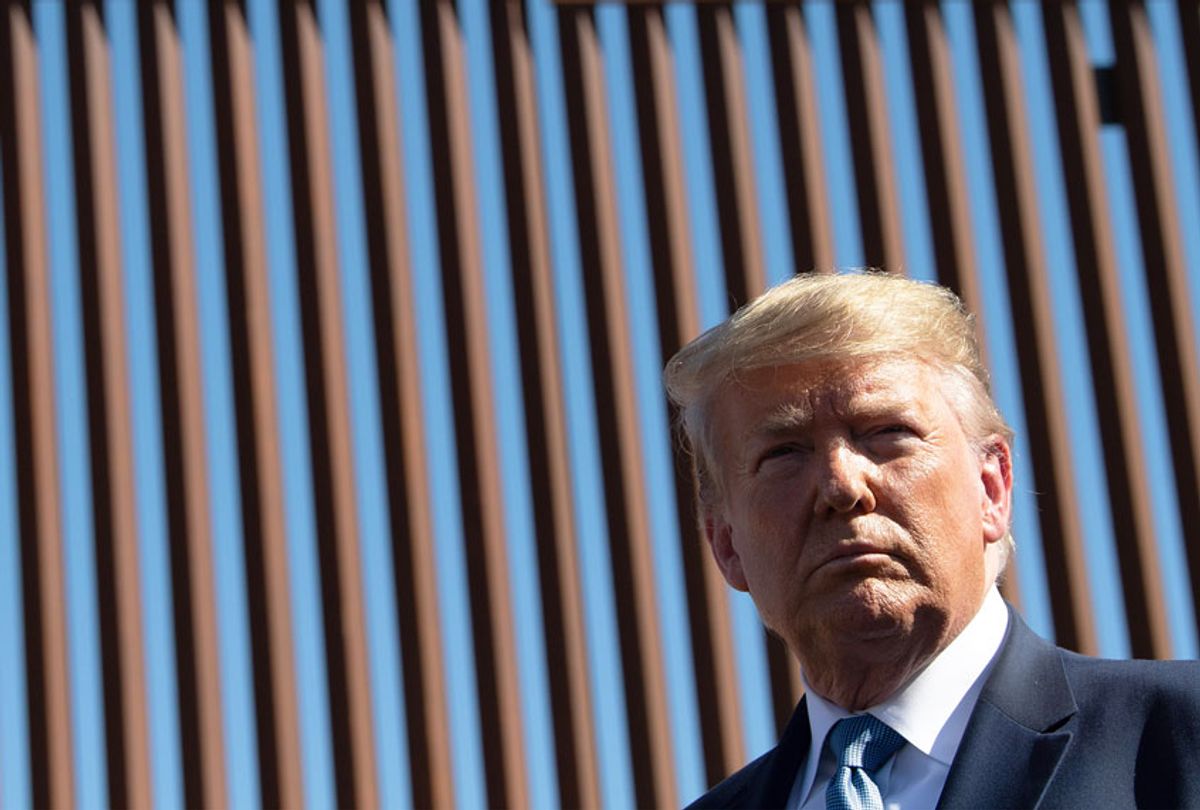 The company of a Fox News guest repeatedly praised by President Donald Trump received a $400 million border wall construction contract from the Pentagon.

The Defense Department announced on Monday that North Dakota-based Fisher Sand and Gravel was awarded the contract to build part of the wall in the Cabeza Prieta National Wildlife Refuge along the Arizona border.

The announcement came after Trump spent months pressuring the Army Corps of Engineers to pick the firm even though the pressure “concerned” officials, who told Trump that the company’s bids did not meet its standards, according to The Washington Post.

Trump appears to have pushed the firm because he has been “enamored” with CEO Tommy Fisher, a regular Fox News guest.

The Post reported in May that Trump had “aggressively pushed” the Department of Homeland Security and the Army Corps to select Fisher’s firm, which “alarmed” leaders. The pressure came after Fisher went on Fox News and claimed that his company could build more than 200 miles of the wall in less than a year.

“He always brings them up,” Sen. Kevin Cramer, R-N.D., a supporter of the company who has received thousands in contributions from Fisher, told The Post. Cramer said that Trump likes Fisher because “he’s been very aggressive on TV.”

“You know who else watches Fox News?” he asked in an obvious reference to the president.

The Post detailed in May how Fisher repeatedly appeared on Fox News in the spring in an effort to “reach” Trump.

“The President, if he allows our team of Fisher Industries to play, I guarantee it, no different than Tom Brady: Once we get in, we never come out,” Fisher said in a March appearance on the network. “And if we don’t perform, the President can fire us. That’s how comfortable and confident I am, is when people see what I really offer.”

Fox host Sean Hannity even brought the company up to Trump during a phone interview in April.

“I don’t know if you heard about this contractor that said he can build a whole wall for a lot cheaper than anybody else and get it done by 2020. Are you aware of that?” Hannity asked.

“Yes, we are dealing with him, actually,” Trump replied. “It’s Fisher, comes from North Dakota, recommended strongly by a great new senator as you know, Kevin Cramer. And they are real.”

Fisher has also worked with Trump allies like former Kansas Secretary of State Kris Kobach, who was appointed to head Trump’s ill-fated voter fraud commission, and former White House adviser Steve Bannon. Fisher was hired by Build the Wall, an activist group backed by Kobach and Bannon, to build 3.5 miles of border wall along the Rio Grande.

Fisher’s company was awarded the contract despite a history of environmental and tax violations that has cost it more than $1 million in fines, CNN reported. In 2009, co-owner Michael Fisher was sentenced to 37 months in prison and ordered to pay $300,000 in restitution after pleading guilty to nine counts of felony tax fraud, according to the High Plains Reader. In 2005, former company head David William Fisher pleaded guilty to child pornography charges and was sentenced to five years in prison.