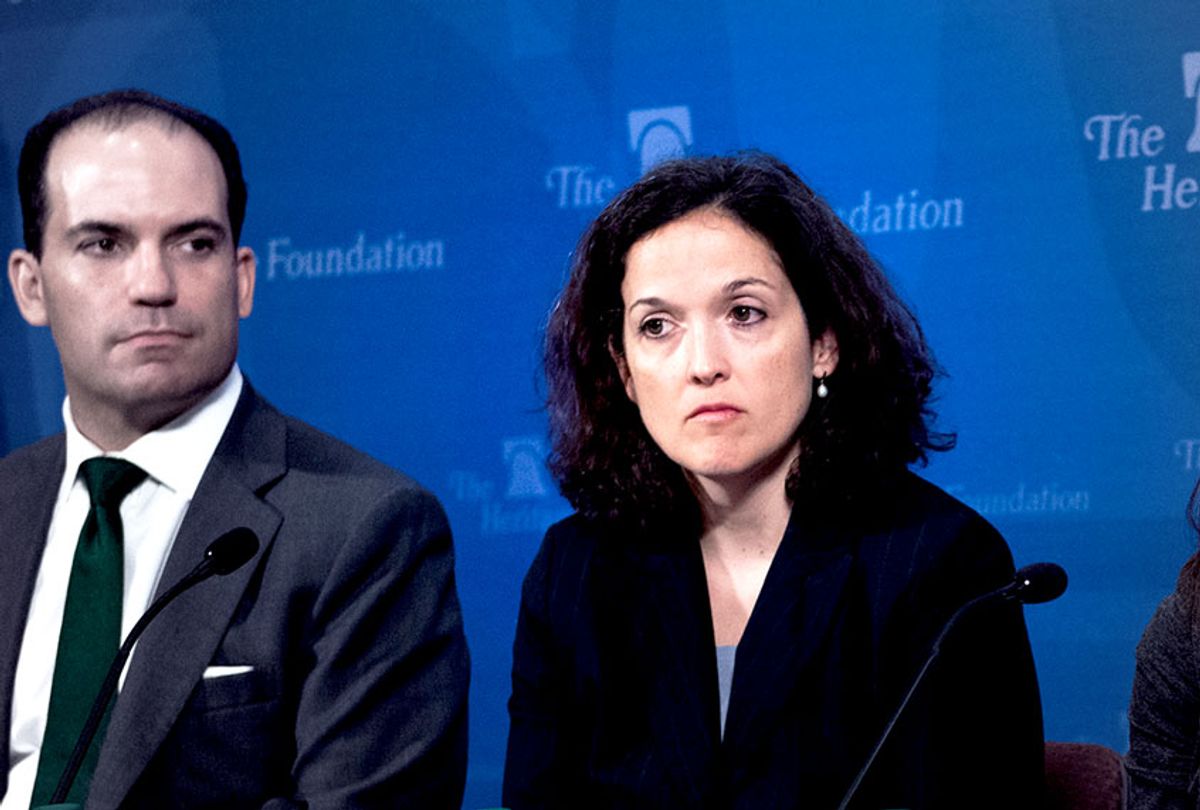 Republicans in the Senate confirmed President Donald Trump’s judicial nominee for the federal bench in Missouri despite concerns over her opposition to abortion and fertility treatments and a “not qualified” rating from the American Bar Association.

Pitlyk is a member of the Federalist Society, which has garnered enormous influence over Trump’s judicial picks, The Washington Post reported. Pitlyk is also one of at least six Trump appointees to earn a “not qualified” rating from the ABA.

“Ms. Pitlyk has never tried a case as lead or co-counsel, whether civil or criminal,” wrote William Hubbard, who chairs the ABA’s standing committee on the federal judiciary. “She has never examined a witness. Though Ms. Pitlyk has argued one case in a court of appeals, she has not taken a deposition. She has not argued any motion in a state or federal trial court. She has never picked a jury. She has never participated at any stage of a criminal matter.”

But it was not just Pitlyk’s lack of relevant experience that prompted Democrats to universally oppose her appointment.

“Pitlyk’s record is extremely troubling and raises a number of questions about her ability to be a fair and impartial judge,” Sen. Dianne Feinstein, D-Calif., said on the Senate floor Tuesday.

Feinstein pointed to Pitlyk’s dubious claims about abortion, adding that “it is disqualifying for any judicial nominee to make unfounded and unsupported claims, especially in a court of law.”

Pitlyk has long defended some of the most extreme abortion restrictions in the country, including Iowa’s six-week abortion an that was later declared unconstitutional.

She claimed in an amicus brief to the Supreme Court last year that abortion clinics prey on “minority neighborhoods.” She has also written that women should be banned from seeking abortions for fetal abnormalities, claiming that these women are participating in “increasingly widespread eugenic practices that devalue and disadvantage the most vulnerable members of society.”

But while many of Trump’s judicial nominees have been ardent right-wing crusaders against abortion, Pitlyk’s views also extend to fertility treatments and surrogacy.

She has also written that surrogacy “is harmful to mothers and children, so it’s a practice society should not be enforcing.” Pitlyk has also called for frozen embryos to be recognized as human beings, claiming that “children” are “killed” when embryos are destroyed, Stern noted.

Pitlyk will now serve as a federal judge in Missouri, where lawmakers recently passed an eight-week abortion ban and are seeking to shut down the lone Planned Parenthood clinic left in the state.

Planned Parenthood called Pitlyk “one of the most extreme opponents of reproductive health care ever nominated to be a federal judge.”

“She also relied on racist and harmful stereotypes about women of color in arguing for abortion bans that restrict abortion access. Pitlyk opposed in-vitro fertilization and surrogacy, and she has even fought for the right to discriminate against people for using birth control,” the organization said in a statement. “Her entire career is built on rolling back the clock on reproductive freedom.”

The National Women’s Law Center called Pitlyk’s confirmation “a disgrace to our judicial system and a betrayal of anyone who believes in fair courts.”

Sen. Tammy Duckworth, D-Ill., wrote about her own struggles with fertility treatments in an op-ed opposing Pitnyk’s confirmation.

“I’m just one of the many, many Americans who’d never be able to enter her courtroom with any reasonable expectation that my case would be adjudicated in a fair and impartial manner,” she wrote. “It’d be simply impossible to trust that Pitlyk’s opinions were based on actual facts and circumstances, rather than on some discriminatory creed. Not after she went so far as to imply in an amicus brief submitted to the Supreme Court that children conceived with the help of ART are inferior. Not after she dared accuse moms and dads who opt for surrogacy of contributing to ‘grave effects on society.’”