The bill bans the procedure even in cases of rape, incest or human trafficking 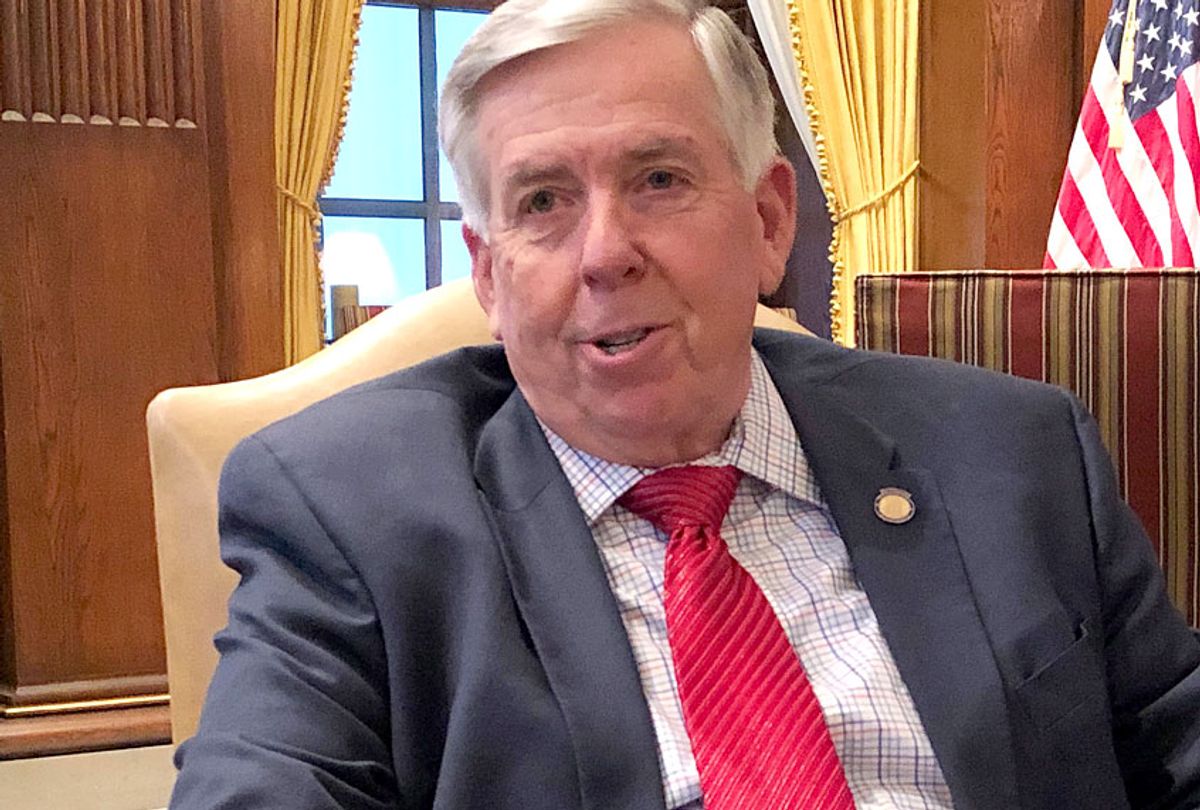 Missouri Gov. Mike Parson on Friday signed a bill into law that bans abortions on or beyond the eighth week of pregnancy, even in cases of rape, incest or human trafficking.

The law, known as the Missouri Stands for the Unborn Act, is among the most restrictive abortion policies in the nation. It says a non-complying doctor could be charged with a felony and face up to 15 years in prison for performing an abortion in most circumstances. Women who receive abortions would not be criminally penalized.

The legislation declares that "God is the author of life" and that the "state and all of its political subdivisions are a 'sanctuary of life' that protects pregnant women and their unborn children."

The new law is expected to come into effect Aug. 28, and it is likely to face legal hurdles.

It places Missouri in line with states, including Georgia, Ohio, Kentucky and Mississippi, that have passed so-called "heartbeat" bills outlawing abortions once a fetal heartbeat can be detected, which can be as early as six weeks and before many women know they are pregnant. Utah and Arkansas also voted to ban the procedure after the second trimester.

Alabama Gov. Kay Ivey, a Republican, last week signed into law a ban on abortions at any time absent a medical emergency. The legislation, called the Human Life Protection Act, prohibits abortions at every stage of pregnancy, and it is poised to become the country's most restrictive abortion ban. A doctor could be charged with a felony and face up to 99 years in prison for performing an abortion in most circumstances.

Before Parson signed the legislation, Missouri already had highly restrictive abortion laws. Women seeking abortions have just one clinic — Planned Parenthood in St. Louis — which provides the procedure. The organization has previously condemned the measure.

"Politicians are putting the health and lives of Missouri women at risk in their race to make our state the one that overturns Roe v. Wade at the Supreme Court," M'Evie Mead, director of policy and organizing for Planned Parenthood Advocates in Missouri, said. "These bans on safe, legal abortion will have real costs — expensive legal costs and human costs for the women and families who need reproductive health care."

State lawmakers have introduced more than 250 abortion restriction bills so far this year, according to a study conducted by Planned Parenthood and the Guttmacher Institute, a reproductive rights research organization. Democrats in the House and the Senate have condemned the latest efforts by Republicans to curtail abortion access across the country.

"Republicans are on the march to overturn Roe v. Wade. And thanks to Donald Trump stacking the courts with anti-choice judges, that could be a real possibility," Sen. Elizabeth Warren, D-Mass., a 2020 Democratic presidential candidate, said. "Access to safe, legal abortion is a constitutional right — and we're going to fight this with everything we've got."

"Right now I am calling for it, even though obviously with Mitch McConnell and a [majority Republican] Senate, we would not see a vote," if it were introduced in Congress today, he told BuzzFeed News on Wednesday. "We need to pass it through the House and Senate, and I look forward to signing that law when I become president."