“I guarantee the Russians have the actual information" discussed on the calls, former CIA official John Cipher says 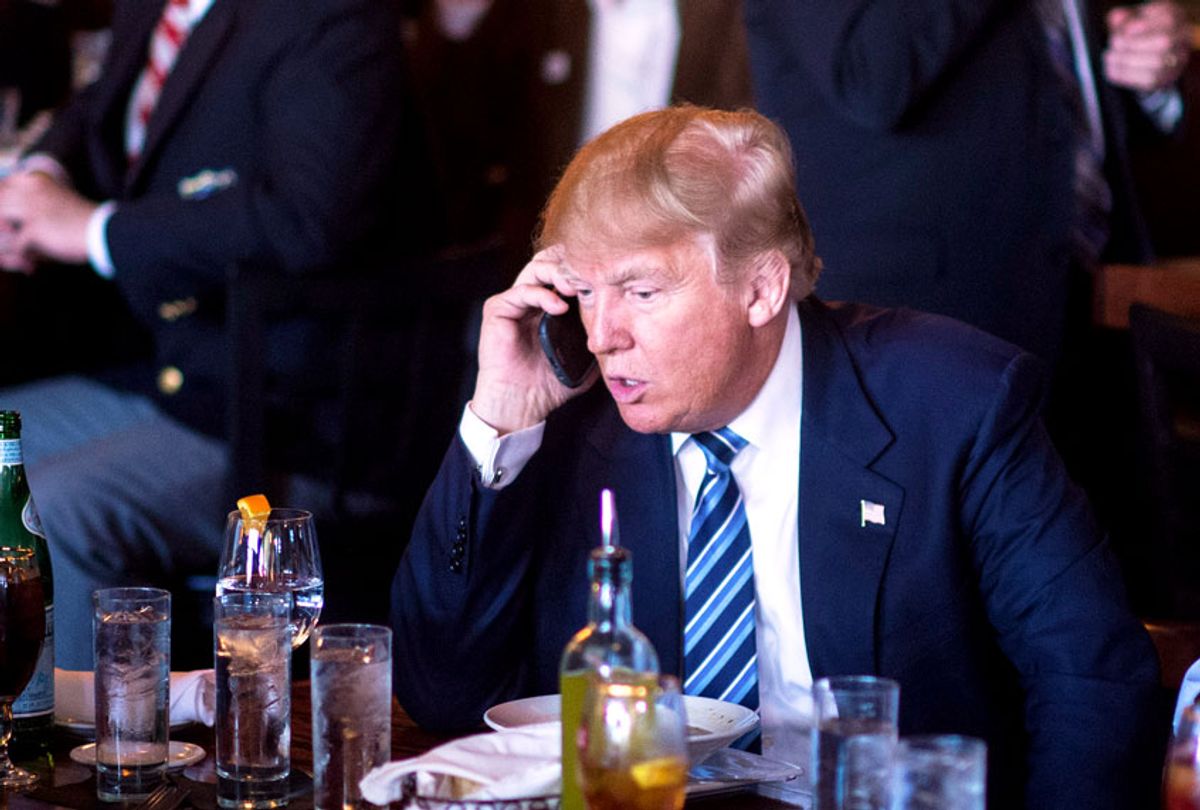 Russia likely learned of President Donald Trump’s Ukraine dealings months before they were exposed by a whistleblower report, because he used unsecured phone lines to speak with his personal attorney Rudy Giuliani, current and former officials told The Washington Post.

Phone records released in the House Intelligence Committee’s impeachment report this week showed that Giuliani made multiple calls to a blocked number listed as “-1.” Though Trump is not identified by name in the records, investigators believe the number belongs to Trump, and administration officials confirmed that Trump spoke with Giuliani on unsecured lines.

“It happened all the time,” one former senior aide told The Post.

Officials also told the outlet that Giuliani would have been considered a target for Russian surveillance efforts, and intelligence officials believe the surveillance would have “intensified” after Giuliani began his efforts in Ukraine.

“That would definitely put him on the radar,” an unnamed government official told The Post. “There’s no way around that.”

John Sipher, a former CIA official who oversaw Russia operations, and other officials told the outlet that it was “so likely” that Russia monitored the calls that the Kremlin “probably knows more now about those conversations than impeachment investigators.”

“Congress and investigators have call records that suggest certain things but have no means whatsoever of getting the actual text” of what was said, Sipher said. “I guarantee the Russians have the actual information.”

The former CIA official added that Trump and Giuliani had “given the Russians ammunition they can use in an overt fashion, a covert fashion or in the twisting of information.”

A former senior aide to Trump agreed that Trump’s unsecured phone is “absolutely a security issue,” calling it a “bonanza” for the Russians.

Former officials told The Post that Trump has also given out his private cell phone number to world leaders like French President Emmanuel Macron, British Prime Minister Boris Johnson and Turkish President Recep Tayyip Erdogan. Though it’s unclear if he spoke with them on his cellphone, four sources told the outlet that Trump continues to use the unsecured phone “routinely.”

Former White House chief of staff John Kelly tried to get Trump to stick to secure lines, but Trump decided to keep using his personal phone after learning that Kelly would be able to compile daily logs of his phone calls, officials told The Post.

“He was totally paranoid that everyone knew who he was talking to,” a former senior administration official told the outlet.

Officials said that even if Trump used secure White House lines, the calls would still be susceptible to surveillance because Giuliani used a personal cellphone.

“Giuliani calling the president through the Situation Room does not guarantee any level of security, because he’s using a commercial cellphone and at least part of his call is coming over commercial phone lines,” Larry Pfeiffer, a former CIA official who served as senior director of the Situation Room under President Obama, told The Post.

Giuliani, who was named a cybersecurity adviser by Trump in 2017, is also notoriously clumsy with his phone. Reporters have been able to listen in on Giuliani’s conversations after he butt-dialed them. Journalist Roger Sollenberger wrote at Salon that Giuliani once texted him what appeared to be a password. Just one month ago, NBC News reported that Giuliani had to go to an Apple store in San Francisco after locking himself out of his iPhone.

“Very sloppy,” a former Apple store employee who was there on the day of Giuliani’s visit told NBC News. “Trump had just named him as an informal adviser on cybersecurity, and here, he couldn’t even master the fundamentals of securing your own device.”