Press Watch: Donald Trump says not to trust anonymous sources — for once, he's not lying

"Anonymous sources" have become ubiquitous in political reporting. For once, Trump has a point: They suck 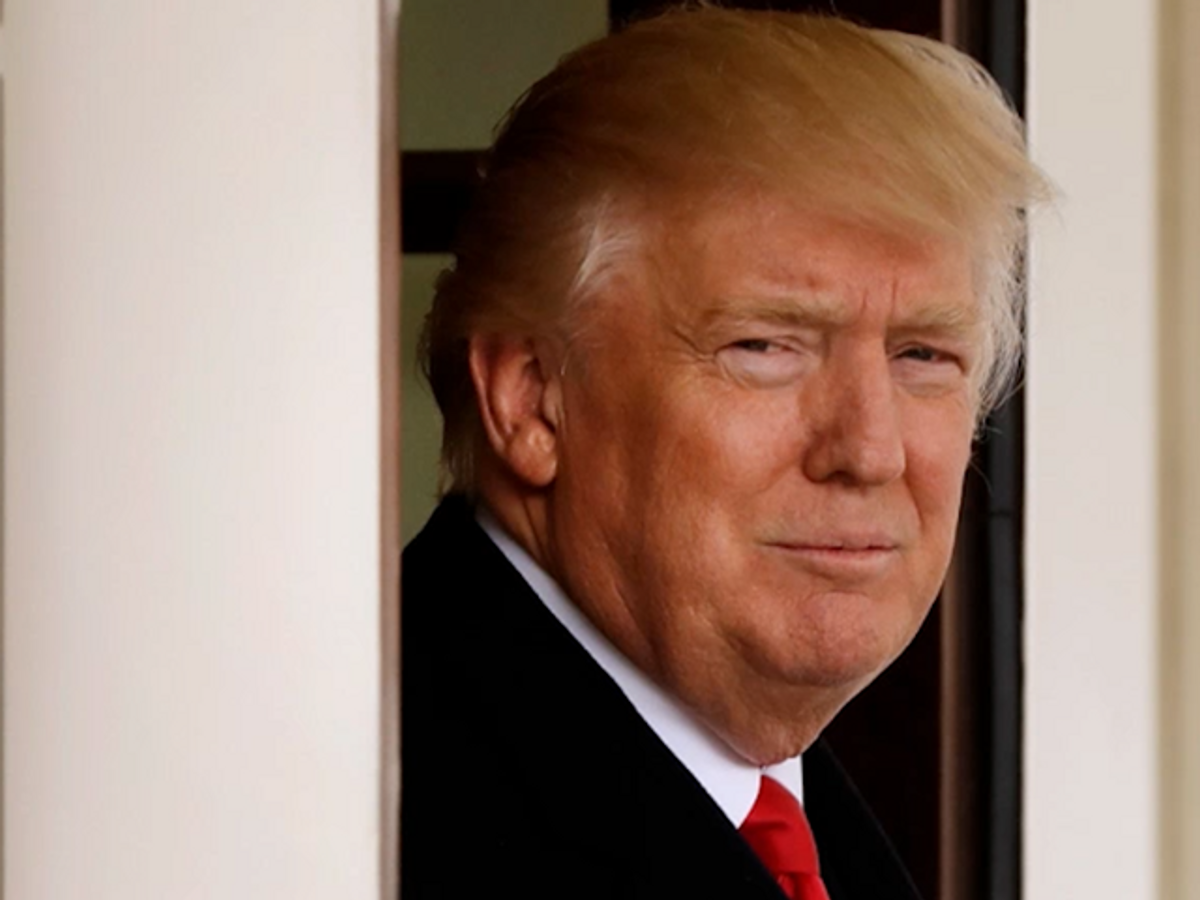 Donald Trump obviously didn’t like something he read on Friday morning.

But he also had a point.

Anonymous sources have always been problematic for journalists. That’s true in politics more than elsewhere. And it’s more true now than ever before, because Trump’s Washington is awash in chaos, misdirection, and lies. (Read my overview of the topic, Anonymity for sources shouldn’t come cheap.)

You certainly can’t trust any anonymous source who says they know what Trump is thinking. Nobody does, not even Trump.

Leaks and spin are not the same thing

There was an absolutely marvelous line — compact and yet redolent with meaning — in Washington Post reporter Sarah Ellison’s article about the White House’s new “rapid-response operation” on Thursday, headlined "A look inside Trump’s anti-impeachment spin factory."

Much of the article was anonymously sourced (of course) to “half a dozen current and former Trump administration officials.” The two principals — team leads Tony Sayegh and Pam Bondi — “declined to be interviewed” (at least on the record). Nevertheless, Ellison figured out one of their secrets:

Sayegh and Bondi have shied away from characterizing the president’s thinking, allowing them to avoid being contradicted by him, a regular occurrence for aides who try to speak to Trump’s state of mind.

Doesn’t that sort of say it all? They don’t divulge anything, they just spin.

And yet Washington reporters, particularly in the White House press corps, continue to depend on anonymous sources, because most of the time that’s the best they’ve got.

Who you gonna trust?

My biggest problem with anonymous sources is that there is no way to hold them publicly accountable.

But the immediate problem for news consumers is that you don’t really know whether to trust the information the sources provide. The news organization (that you presumably trust) wouldn’t grant them anonymity unless they were telling the truth, right? But isn’t it more likely that they’re lying?

Think about this way: The New York Times (for instance) publishes something attributed to an anonymous source in the Trump White House. You know you should take that with a grain of salt, but the Times is essentially vouching for the information — or it wouldn’t publish it.

Now, what if you knew the source was Kellyanne Conway?

My point is that when the source is granted anonymity, you don’t know how big a grain of salt is called for.

So if White House reporters insist on citing anonymous sources, I think readers should insist on at least getting a bit more transparency. That means some indication of the source’s motives, their historical credibility and their access to first-hand information. It also means more information about the scope and ground rules of the interactions between White House officials and the press.

The role of the rapid responders

Now, for better or worse, it’s been standard operating procedure over many administrations for the White House to hold “background briefings” with “senior administration officials” before certain foreign trips and visits and policy rollouts. Those are often announced on the widely-read White House Press Office mailing list, and sometimes the transcripts are sent out as well.

But it sounds like a lot more than that is going on these days. What about that “rapid-response” anti-impeachment spin operation Ellison wrote about? She didn’t really address its interactions with the press corps (see my annotations.)

Back in mid-November, Alexa Corse and Michael C. Bender of the Wall Street Journal described “an accelerated talking-point operation aimed at stuffing email inboxes of Republican lawmakers, surrogates and other allies on each day of the public hearings.” For example, they wrote:

During the opening statement on Tuesday from Lt. Col. Alexander Vindman, the White House sent supporters emails noting that “Vindman has major credibility issues,” pointing to testimony from Tim Morrison, a former national security aide, that he had concerns about Col. Vindman's judgment and worried he was a leaker.

As testimony began for Jennifer Williams, a national security aide to Vice President Mike Pence, the White House “What You Need to Know” email dismissed her previous concerns about the president’s approach with Ukraine as “nothing but personal opinion and conjecture" and pointed to her testimony that she didn't think about the president's call until there news reports about it months later.

The Associated Press story clearly indicated that journalists are among the recipients:

The White House sent a steady stream of “rapid response” emails to reporters beginning before the first witnesses were even sworn-in. The messages sought to defend Trump and undermine the credibility of the witnesses.

I publicly pleaded for more information:

But to no avail:

Since then, either the emails have ceased to a trickle (unlikely) or reporters have agreed not to mention their source at all.

The one exception I’ve seen was a tweet from Axios reporter Alayna Treene on Wednesday:

The inside story of anonymous sources

As it happens, the aforementioned Axios reporter Jonathan Swan, who has made a whole career of running scoops based on anonymous sources, has also been pretty forthright about how the whole business works.

In this piece, for instance, he essentially confirmed that the folks who hand him “exclusives” are not brave whistleblowers doing a public service by exposing the truth, but rather people who know he will play his role in their game of attention-getting and score-settling.

I’d like to see more such confessions. I’d also like to see more reporters write about how what really happens inside the Trump White House (not to mention inside Trump’s brain) is essentially unknowable.

In a New York Times tick-tock in June about Trump’s decision not to bomb Iran, Peter Baker, Maggie Haberman and Thomas Gibbons-Neff — or perhaps a conscientious editor — took a break from the omniscient voice to acknowledge the epistemological challenge  presented by the Trump White House:

The full story of how Mr. Trump set in motion an attack on another country and then canceled it remained to some extent shrouded in mystery even to some of those involved, according to interviews with administration officials, military officers and lawmakers, many of whom asked not to be named.

So true! As they also noted:

On the day after the aborted strike, multiple, seemingly conflicting accounts emerged and the White House made no effort to reconcile them, choosing to stay silent about the deliberations.

Was this what ticked Trump off?

Trump on Tuesday told reporters he was in no hurry to end the trade war with China. “I have no deadline,” he said. “In some ways I like the idea of waiting until after the election for the China deal.”

But the very next day, Bloomberg News reporters Jenny Leonard and Shuping Niu reported that “people familiar with the talks” had told them that Trump didn’t really know what he was saying:

The people, who asked not to be identified, said that U.S. President Donald Trump’s comments Tuesday downplaying the urgency of a deal shouldn’t be understood to mean the talks were stalling, as he was speaking off the cuff.

Is Trump’s Friday tweet about anonymous sources something reporters can use to their advantage, by convincing sources to go on the record in future?

Politico editor Blake Hounshell tweeted that he’d give it a try:

I see three basic kinds of information emerging from the White House under the cover of anonymity: Official White House messaging, score-settling and information that’s genuinely in the public interest.

There’s no excuse to grant anonymity in that first category; they should put up or shut up.

When it comes to sources In the second category, reporters should provide more information  about their motives.

What’s the most unseemly use of anonymity in Washington right now? It’s when reporters let Republican elected officials who ardently support Trump in public go off the record to trash him. They should be outed. More on that next week.