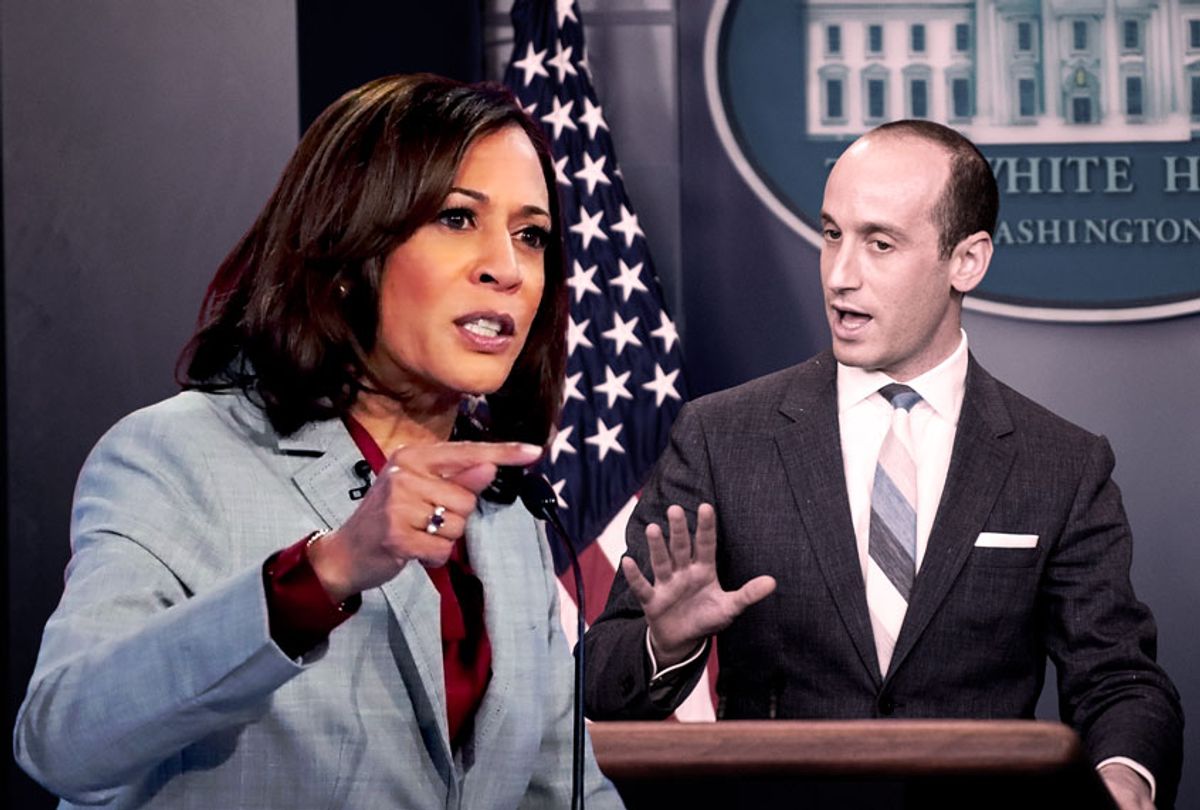 More than half the Democrats in the Senate have issued a letter to the White House calling on President Donald Trump to fire White House senior adviser Stephen Miller after leaked emails showed Miller promoting white nationalist outlets and ideology.

“We write to demand the immediate removal of Stephen Miller as your advisor,” said the letter, which was first obtained by HuffPost. “What is driving Mr. Miller” is “not national security, it’s white supremacy — something that has no place in our country, federal government, and especially not the White House.”

“Simply put,” the letter states, “Mr. Miller is unfit to serve in any capacity at the White House, let alone as a senior policy adviser.”

The letter comes after a former Breitbart News editor leaked more than 900 emails to the Southern Poverty Law Center showing that Miller, then an aide to Sen. Jeff Sessions, R-Ala., repeatedly referenced reports and urged the far-right outlet to cover reports published by white nationalist and white supremacist outlets. The SPLC’s Michael Edison Hayden wrote that after reviewing the emails he was “unable to find any examples of Miller writing sympathetically or even in neutral tones about any person who is non-white or foreign-born.”

One of the emails urged Breitbart to write about “The Camp of Saints,” a fascist French novel that depicts feces-eating immigrants storming France. The SPLC noted it had “gained popularity among extremists for its fictionalization of the ‘great replacement’ or ‘white genocide’ myth.”

The senators wrote to the White House that it was “simply appalling that a senior advisor to the President advanced parallels between this book and contemporary events.”

The letter said that Miller’s “demonstrable white nationalist ideology has been directly translated” into the Trump administration’s policies.

“The Muslim ban targeted individuals of color and caused chaos at U.S. airports around the country, wreaking havoc on the lives of countless individuals and families,” the letter said. “The family separation policy tore children from their families, resulting in widely reported mistreatment and human rights abuses of immigrants in detention facilities nationwide. The rescission of Deferred Action for Childhood Arrivals (DACA) has thrown the lives of hundreds of thousands of DREAMers into chaos and instability.”

The letter went on to note that Miller has also pushed for “efforts to slash refugee admissions, limit asylum access for vulnerable populations, prevent extensions of Temporary Protected Status to those granted safety from humanitarian crises abroad, and disqualify immigrants who use public resources from receiving certain immigration benefits.”

The Trump administration defended Miller after the emails leaked and attacked the SPLC as a “long-debunked far-left smear organization” even though the emails had been leaked by a former Breitbart editor. An unnamed White House official even claimed to Axios that Miller himself was the victim of bigotry, arguing that “it is clearly a form of anti-Semitism to levy these attacks against a Jewish staffer.”

Following the letter, nearly 40 Democratic senators and more than 100 Democrats in the House of Representatives have called for Miller to be fired or step down. The NAACP and more than 50 other civil rights groups issued a similar call. A petition started by Rep. Alexandria Ocasio-Cortez, D-N.Y., to demand Miller’s resignation has garnered more than 130,000 signatures.

Katie McHugh, the former Breitbart editor who leaked the emails and denounced the far right after being ousted from the outlet, told the SPLC that Miller’s ideas have grown beyond pitches for blog posts.

"What Stephen Miller sent to me in those emails,” she said, “has become policy at the Trump administration.”