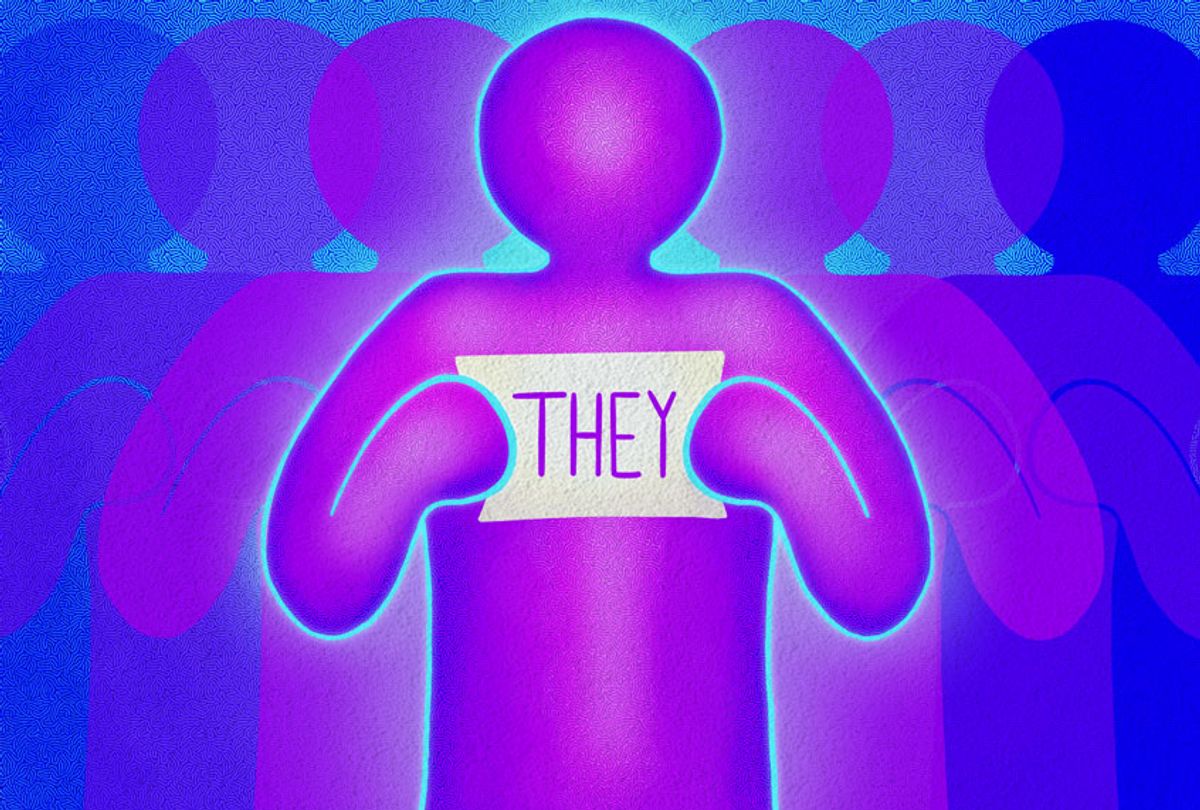 Merriam-Webster on Tuesday proclaimed “they” as the word of the year for 2019, reflecting the pronoun’s increasingly widespread use as a gender neutral term for nonbinary individuals.

“Lookups for ‘they’ increased by 313 percent in 2019 over the previous year,” the dictionary wrote in an article announcing its decision. “English famously lacks a gender-neutral singular pronoun to correspond neatly with singular pronouns like ‘everyone’ or ‘someone,’ and as a consequence ‘they’ has been used for this purpose for over 600 years.”

Merriam-Webster added, “More recently, though, ‘they’ has also been used to refer to one person whose gender identity is nonbinary, a sense that is increasingly common in published, edited text, as well as social media and in daily personal interactions between English speakers. There's no doubt that its use is established in the English language, which is why it was added to the Merriam-Webster.com dictionary this past September.”

Emily Brewster, senior editor at Merriam-Webster, added in a statement that “pronouns are among the language's most commonly used words, and like other common words (think ‘go,’ ‘do’ and ‘have’) they tend to be mostly ignored by dictionary users. But over the past year or so, as people have increasingly encountered the nonbinary use, we've seen searches for ‘they’ grow dramatically.”

This is not the first step that Merriam-Webster has taken toward incorporating the word “they” into its official lexicon. The dictionary added the singular, nonbinary pronoun use of “they” into the dictionary this past September. This occurred after the nonbinary singer Sam Smith announced that they used “they/them” as their pronouns.

“We are always aiming to reflect usage,” Brewster said. "It’s very clear that this is fully established in the language at this point."

Smith was far from the first public figure to discuss using nonbinary pronouns at that time. Rep. Pramila Jayapal, D-Wash., announced in April that her “beautiful, now 22-year-old child told me last year that they were gender nonconforming. The only thought I wake up with every day is: My child is free. My child is free to be who they are, and in that, freedom comes a responsibility for us as legislators to protect that freedom.”

Though the term “they” has traditionally been associated with its plural form, it can be singular, as well.

“Purists object that a plural pronoun like ‘they’ can’t be used as a singular. But they are wrong,” Dennis Baron, a professor of English and linguistics at the University of Illinois, told The Washington Post in 2014. “‘You’ began its life as plural (the singular second person was ‘thou’). Then ‘you’ began serving as singular, as well . . . Today, we use ‘you’ to refer to one person — ‘Are you talkin’ to me?’ — without worrying about number. And for most people, ‘they’ works the same way.”