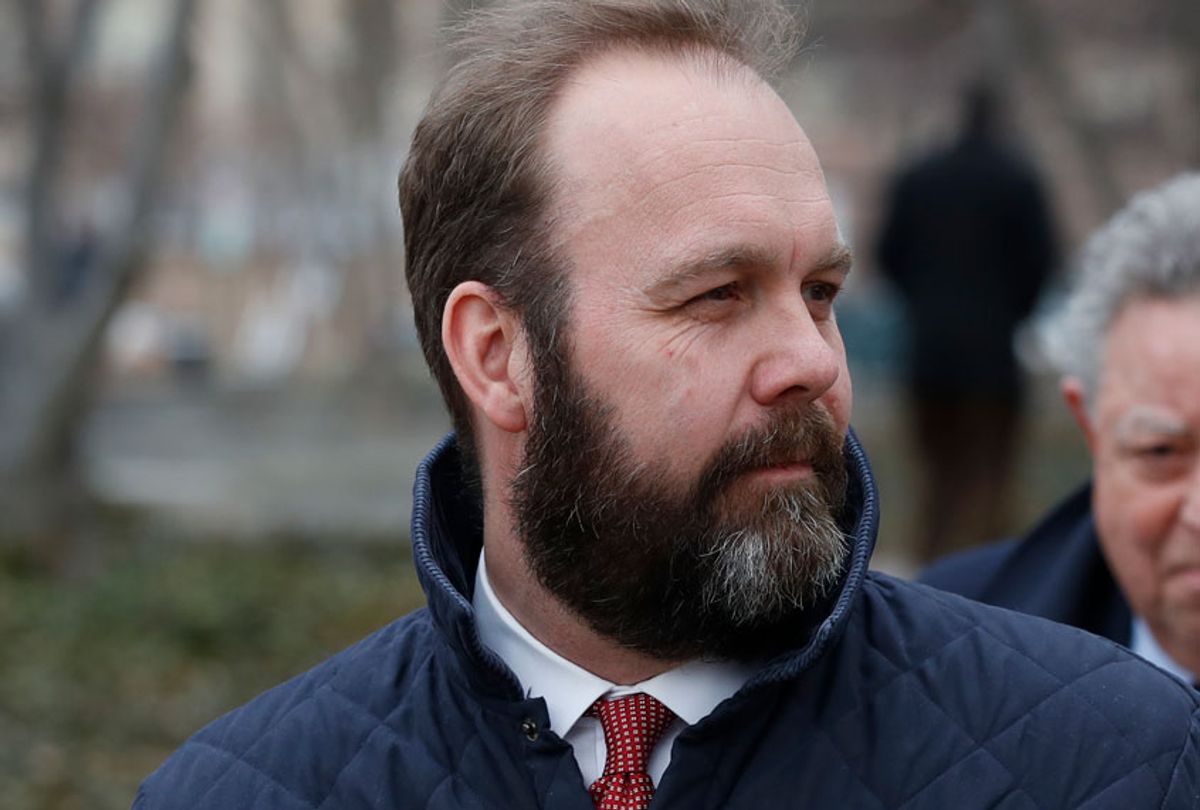 Prosecutors said in a court filing that they will not oppose Gates’ request to be sentenced to probation after he pleaded guilty in 2018 to conspiracy, lying to federal investigators and other charges.

Gates cooperated with Mueller’s team after the plea and testified at the trials of former Trump campaign chief Paul Manafort and longtime Trump adviser Roger Stone, who were both convicted of numerous charges, as well as attorney Greg Craig, who was acquitted. Prosecutors said this week that Gates is still assisting with "a number of different ongoing matters."

Gates’ lawyers said in a court filing that his cooperation “likely represents the most extensive undertaking by any cooperating defendant in the work of” the special counsel’s office.

Prosecutors agreed that Gates “has provided the government with extraordinary assistance,” noting that he “met with investigators more than fifty times, providing truthful information to the special counsel’s office and several other prosecuting offices of the Department of Justice.”

They added that their client had continued to cooperate, even after his family became “the subject of intense media scrutiny” and despite being asked to testify in “high profile matters, against powerful individuals, in the midst of a particularly turbulent environment.”

“Gates received pressure not to cooperate with the government, including assurances of monetary assistance,” prosecutors said.

“He should be commended for standing up to provide information and public testimony against individuals such as Manafort, Craig and Stone, knowing well that they enjoy support from the upper echelons of American politics and society,” the filing added.

However, the filing did not mention whom allegedly offered Gates money in exchange for his silence. Former federal prosecutor Elie Honig said that this kind of offer should have prompted criminal charges.

“Holy crap. According to federal prosecutors, Gates was promised ‘monetary assistance’ if he did not cooperate? By who?? That’s a lay-down-your-hand obstruction case,” he tweeted.

Former John McCain adviser John Weaver also questioned why the financial offer was not “being pursued” as potential bribery and obstruction.

Though it is unclear who made the offer, summaries of FBI interviews obtained by BuzzFeed News showed that Gates told investigators in April 2018 that Manafort, his longtime business partner, urged him not to accept a plea deal from the government, arguing that the White House would “take care of us.”

“Manafort told Gates there were two funds out there,” the FBI document said. “The first was called ‘Patriot Defense Funds,’ and it covered White House staff. The other fund would cover anyone outside of the White House, and Manafort and Gates would be ‘No. 1 and No. 2 on that list.”

It is unclear if that exchange was related to the monetary assistance offer mentioned by prosecutors. A source familiar with the matter told The New York Times that “it was most likely a reference to funds raised for Mr. Trump’s legal cases.”

Gates ultimately rejected Manafort’s pleas and provided more than 500 hours of testimony to investigators, according to his attorney.

“Gates had no basis to trust Manafort and thought the conversation was designed to convince Gates not to plead guilty,” the FBI said in their interview summary. "By then, Gates had already made his decision. Gates added that Manafort talked a big game, but Gates had no confidence what he said was true."