The Reimann family, which owns Krispy Kreme and Panera Bread, are descended from Adolf Hitler supporters 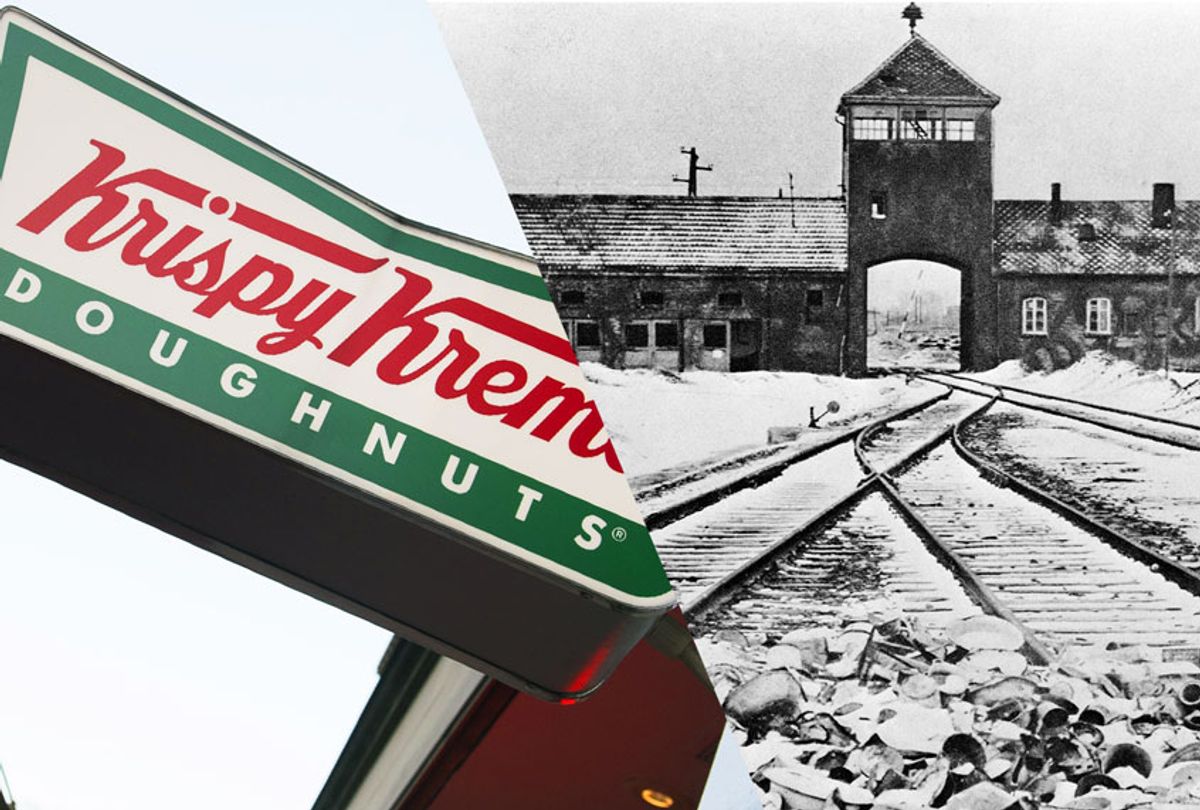 The Reimann family, whose JAB Holdings owns popular restaurant chains including Krispy Kreme and Panera Bread, announced on Thursday that it is donating $5.5 million to Holocaust survivors to make up for the fact that their ancestors supported the Nazi regime.

“Elderly, poor Holocaust survivors need food, medicine and heat in the winter. These funds will enable thousands of survivors to live in dignity,” Julius Berman, president of the Conference on Jewish Material Claims Against Germany, said in a statement, according to NBC News. The donations will be given out through the Reimanns’ humanitarian arm, the Alfred Landecker Foundation, in three installments: $2.2 million in 2020, $2.2 million in 2021 and $1.1 million in 2022.

In March the German tabloid Bild revealed that Albert Reimann Sr. and his son, Albert Reimann Jr., had supported Adolf Hitler during World War II. During that period they used Russian civilians and French prisoners of war as forced laborers to work in a factory for their industrial chemical company. When this was revealed earlier this year, Peter Harf, a spokesperson for the Reimann family, explained that the family had hired a history professor in 2014 to investigate whether they had ties to the Nazis after discovering suspicious documents that belonged to the elder Reimann. The historian’s conclusions were “consistent” with Bild’s own report and demonstrated that the family had supported Hitler’s anti-Semitic agenda, prompting Hart to say, “We were ashamed. These crimes are disgusting.”

The donation announced on Thursday will be part of a larger $11 million commitment that the Reimann family has made to Holocaust survivors. Their foundation is named after a man who was killed by the Nazis and was linked to the Reimann family.

The Reimann family is hardly alone among European billionaires who have genealogical ties to Nazism. As Roman Köster, a German historian, told Forbes in April, “These kind of stories never come as a surprise. In 1944, one third of the whole workforce in Germany was forced labor. This means that almost every company which produced back then was in one way or the other involved in the war economy. From 1942 it proved very complicated [for German businesses] to maintain production [that] was not in one way or the other related with the war.”

Billionaires and businesses with ties to the Nazis include Ikea’s Ingvar Kamprad, who had ties to the Nazi Party as a teenager; Eugène Schueller, the founder of beauty giant L'Oréal, who is reported to have been a known anti-Semite and who thrived in Hitler’s Germany; and Gunther and Herbert Quandt – whose family today is the largest shareholder of the German car company BMW – who used roughly 50,000 slave laborers at Nazi concentration camps at factories owned by the family in Hitler’s Germany. BMW (which the Quandt family did not become major shareholders of until after World War II) also profited from its relationship with the Nazis, from supplying the German army with weapons to using forced labor.