Meghan McCain says no to Greta, argues for Trump whistleblower as Person of the Year

"View" co-host dismisses climate crisis as "religion on the left," but adds she won't "attack a 16-year-old" 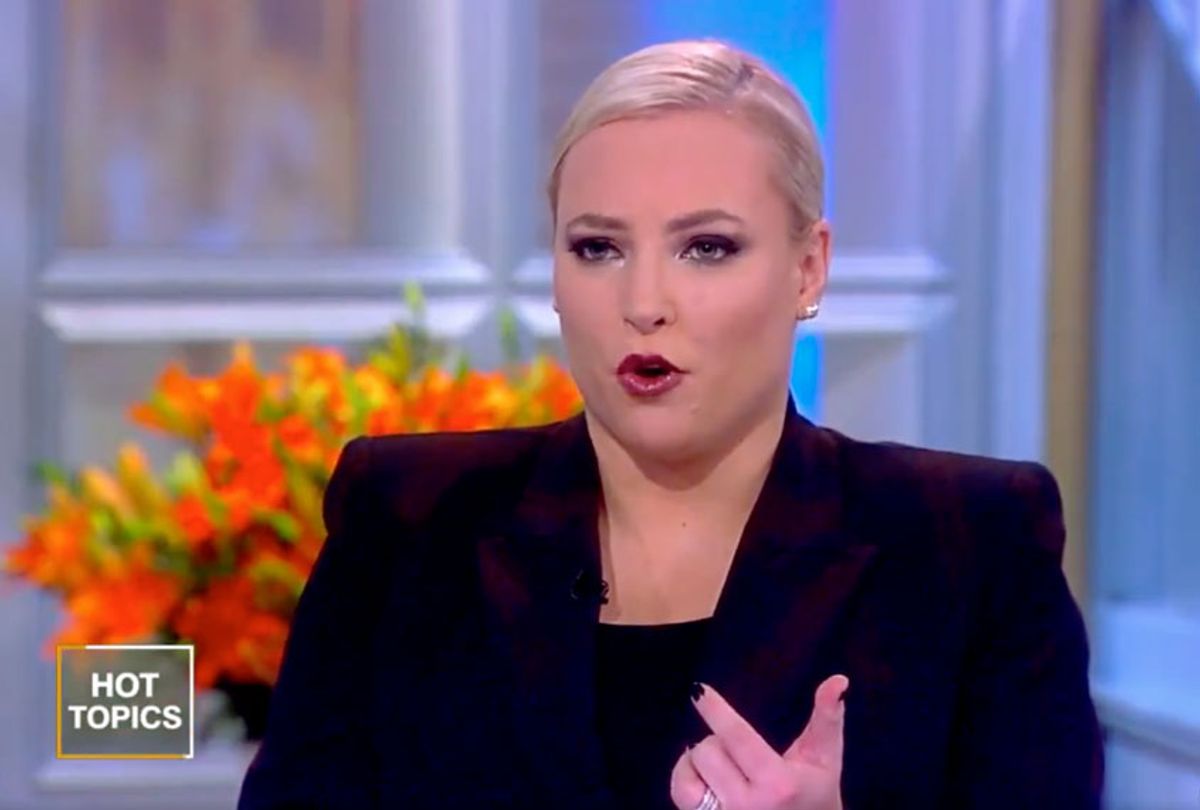 Meghan McCain told her co-hosts on “The View” on Thursday that she does not agree with Time magazine’s decision to declare teenage climate activist Greta Thunberg as their Person of the Year.

“I actually wanted it to be the whistleblower this year, to be the Person of the Year,” McCain said, referring to the anonymous individual who drew attention to the now-infamous July 25 phone call between President Donald Trump and Ukrainian President Volodymyr Zelensky. “I actually think it’s a more salient and timely choice. It’s hard for me to talk about Greta Thunberg because she’s 16 and I still don’t believe in attacking underage people. I disagree with her, I think everyone knows how I feel about climate change as a religion on the left, but I’m not going to attack a 16-year-old in the same way that I don’t agree with attacking Barron Trump.”

At that point McCain’s co-hosts pointed out that First Lady Melania Trump has been silent about her husband's attacks on a teenage girl, even though earlier this month Melania Trump had publicly criticized Stanford law professor Pamela Karlan for mentioning Barron Trump during the impeachment inquiry. When her own child was brought into the limelight over a political matter, Melania Trump had tweeted that “a minor child deserves privacy and should be kept out of politics. Pamela Karlan, you should be ashamed of your very angry and obviously biased public pandering, and using a child to do it.”

Melania said nothing on Thursday when President Trump tweeted in response to the announcement about Thunberg, “So ridiculous. Greta must work on her Anger Management problem, then go to a good old fashioned movie with a friend! Chill Greta, Chill!”

Thunberg, in an apparent response, changed her Twitter profile to describe herself as “a teenager working on her anger management problem. Currently chilling and watching a good old fashioned movie with a friend.”

McCain also told her co-hosts on “The View” that “I don’t put that kind of clout into the Time persons of the year. Keep in mind, Hitler and the Ayatollah were also the Person of the Year at one point.”

McCain was not alone among conservatives who criticized the choice of Thunberg. On Wednesday night Fox News host Laura Ingraham said that Time had chosen the Swedish teenager “in spite of its own reader poll” while her guest Raymond Arroyo, the lead news anchor for the Catholic cable network EWTN, characterized the choice as the “biggest dud since Time designated the personal computer as ‘Person of the Year’ back in 1982.” He also argued that Thunberg had set “a horrible example, though, to kids — thinking just go protest, you don’t have to go to school. And I know she sails around the globe to help the environment, but this isn’t sailor of the year. It’s ‘Person of the Year.’”

You can watch the Meghan McCain segment below, via The Daily Beast: