Trump slammed for sexist rant about cleaning: “He’s never run a dishwasher and thinks only women do" 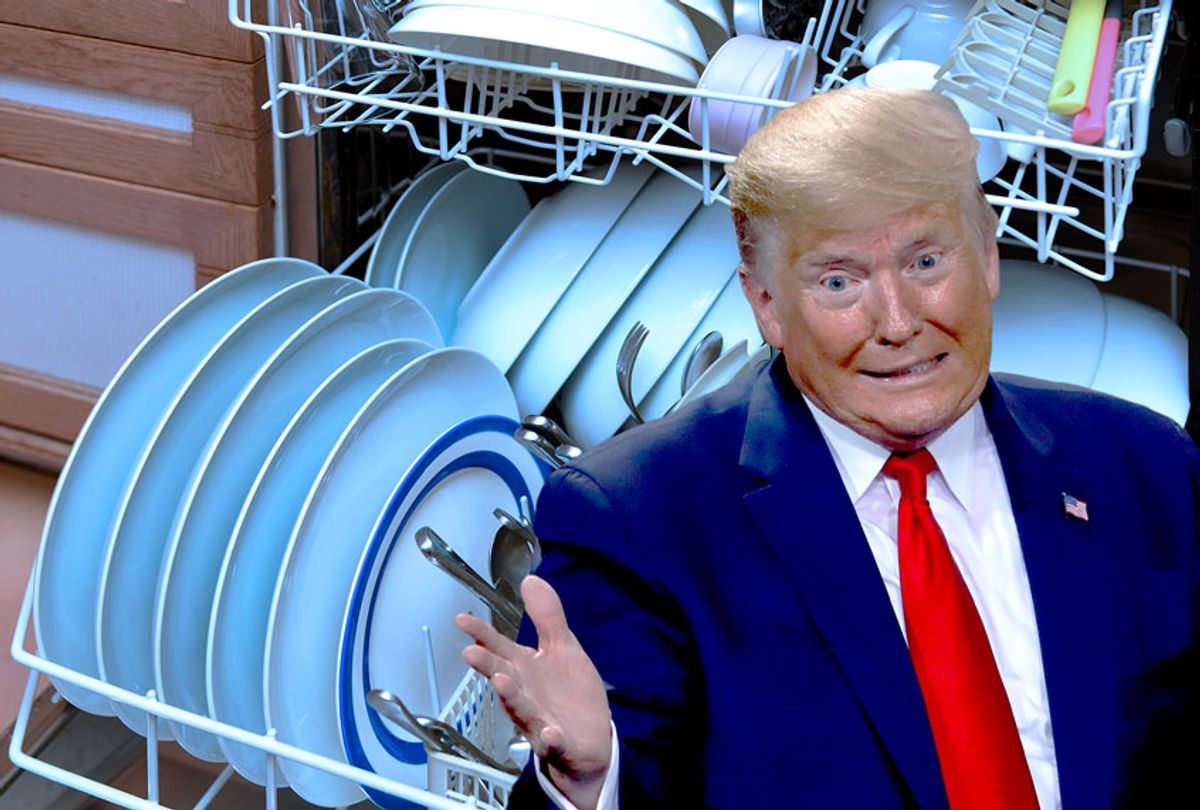 President Donald Trump claimed that women have complained to him about faulty dishwashers during a misogynistic rant about cleaning on Wednesday night.

"Remember the dishwasher? You'd press it. Boom! There’d be like an explosion. Five minutes later, you open it up. The steam pours out,” Trump said.

The president also touted his administration’s achievements on “electric” — presumably energy-efficient light bulbs — claiming that “we're bringing back standards that are great.” Trump appeared to suggest that his administration had created new regulations for dishwashers.

In late November, the Department of Energy announced that it was implementing a rule-making change that would exempt dishwashers from previous energy efficiency standards. In September, the administration said it would loosen standards for energy-efficient light bulbs.

Trump’s comments were criticized on Twitter as sexist, as they appeared to presume that only women run dishwashers in the home — and not men, too.

“Frankly this comment tells you a lot about how elite this guy is. And sexist,” former Sen. Claire McCaskill of Missouri said on Twitter. “He’s never run a dishwasher. And thinks only women do. Btw dishwashers today work great. Much better than they used to. What an idiot.”

Daniel Dale of CNN wrote, “Trump says that you used to press a dishwasher once and it was an ‘explosion’ and five minutes later steam would come out. ‘Now you press it 12 times. Women tell me.’ Women tell me.”

Molly Jong-Fast of The Daily Beast tweeted that “Trump’s weird obsession with dishwashers and low flow toilets is so incredibly soul crushingly on brand I can’t stand it....”

This is not the first time that Trump has mentioned household issues during his political speeches. Earlier this month, he told reporters at a White House press conference: "We have a situation where we're looking very strongly at sinks, and showers and other elements of bathrooms where you turn the faucet on — and areas where there's tremendous amounts of water — where the water rushes out to sea, because you could never handle it. And you don't get any water.”

The president added, "You turn on the faucet, and you don't get any water. They take a shower, and water comes dripping out. Just dripping out. Very quietly dripping out. People are flushing toilets 10 times, 15 times, as opposed to once. They end up using more water. So the EPA is looking at that very strongly at my suggestion."