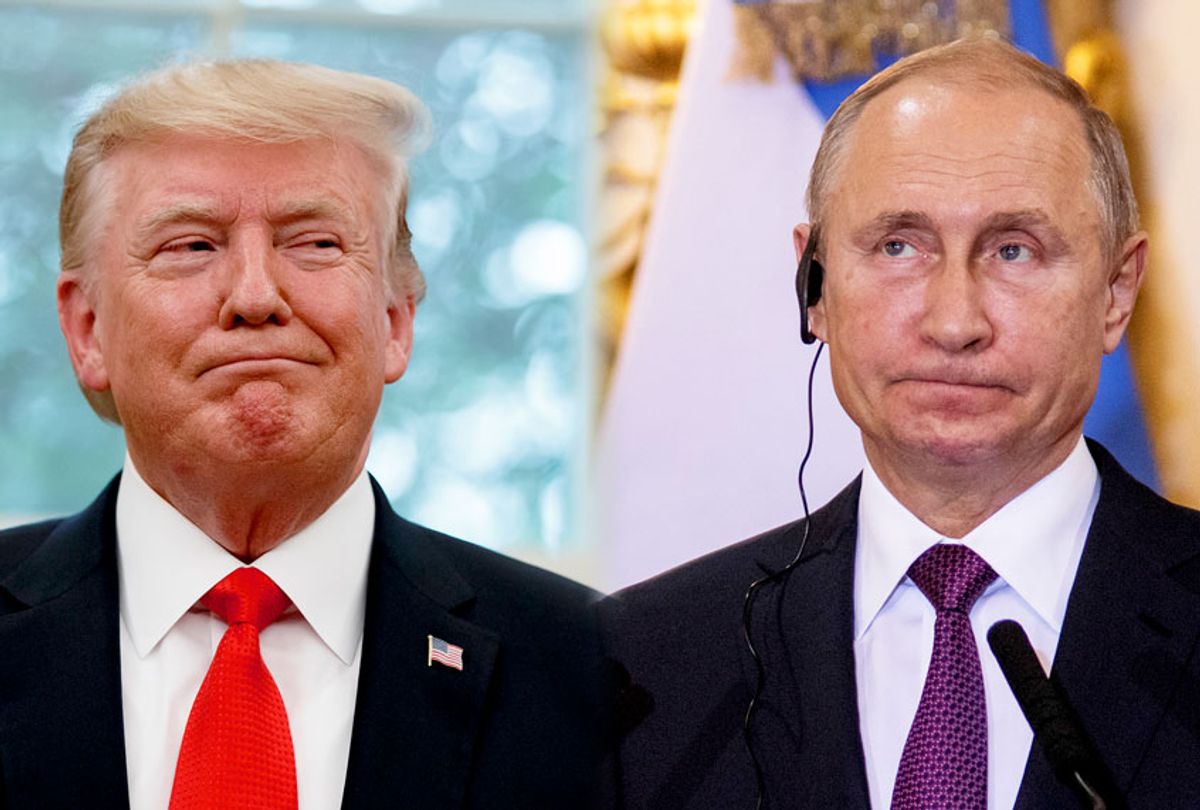 Russian President Vladimir Putin criticized House Democrats for impeaching President Donald Trump for what he called “made up reasons” and expressed his confidence that Senate Republicans would keep only the third executive impeached in power.

Putin held an annual news conference in Moscow hours after the House of Representatives voted mostly down party lines Wednesday to impeach Trump for abuse of power and obstruction of justice. Putin was asked at the lengthy news conference about his strategy for dealing with the U.S. until the end of Trump’s presidency.

"Regarding the continuation of our dialogue till the end of Trump's presidency, you make it sound as if it's already coming to an end," Putin said, according to CNN. "I actually really doubt that it is ending. It still has to go through Senate, where as far as I know, the Republicans hold the majority. So it's unlikely they will want to remove the representative of their party for some made-up reasons."

Putin also used a Trump talking point to criticize Democrats, arguing that impeaching Trump as a result of his dealings with Ukraine was just an excuse for Democrats to impeach the president after former special counsel Bob Mueller found no evidence of collusion between Trump’s campaign and Russia.

"This is just the continuation of the internal political battle — one party that lost the elections, the Democrats — and are now trying to find new ways by accusing Trump of collusion with Russia,” Putin said. “But then it turns out there was no collusion. This can't be the basis for the impeachment. Now they came up with some pressure on Ukraine. I don't know what is the [pressure], but this is up to your congressmen."

Though Mueller did not find collusion between the campaign and Russia, the U.S. intelligence community determined that Russia hacked Democratic servers and interfered in the election in an attempt to hurt rival Hillary Clinton. The stolen emails were welcomed by Trump and sought by his advisers. Russia’s interference paid off: The Trump administration has repeatedly opposed sanctions against Russia. Just as Putin defended Trump after he was impeached, Trump rejected the findings of the U.S. intelligence community when he said he believed Putin’s claim that Russia had not interfered in the U.S. election.

Trump was later impeached as part of a Ukraine pressure scheme, which grew out of an attempt to prove that Ukraine — not Russia — had interfered in the election.

Putin’s comments come as the Trump administration is quietly trying to fight off a new Russia sanctions bill that was introduced by staunch Trump ally Sen. Lindsey Graham, R-S.C.

A State Department official said in a letter to Graham that the administration “strongly opposes” the bill and argues it is unnecessary, The Daily Beast reported. The bill “risks crippling the global energy, commodities, financial and other markets,” the letter said. It would target “almost the entire range of foreign commercial activities with Russia.”

The 22-page letter came despite the Trump administration’s own experts sounding the alarm on Russian aggression.

"The Russians will — are continuing to try to destabilize — our form of government and just our way of life, in general," Chris Kreps, who heads the Department of Homeland Security’s Cybersecurity and Infrastructure Security Agency, told CBS News last month.

Despite Trump’s opposition, the Senate Foreign Relations Committee approved the bill 17-5 this week and advanced it to a full Senate vote. “It is unclear if or when that will happen,” wrote The Daily Beast’s Betsy Swan.

The Republican-led committee said in a statement that the bill is “designed to bolster the United States' ability to confront Russian aggression on several fronts — by strengthening our commitment to NATO, establishing an elite State Department cyber unit and levying wide-ranging sanctions on Russian entities and individuals" and "persons that facilitate illicit and corrupt activities, indirectly or directly, on behalf of Vladimir Putin."