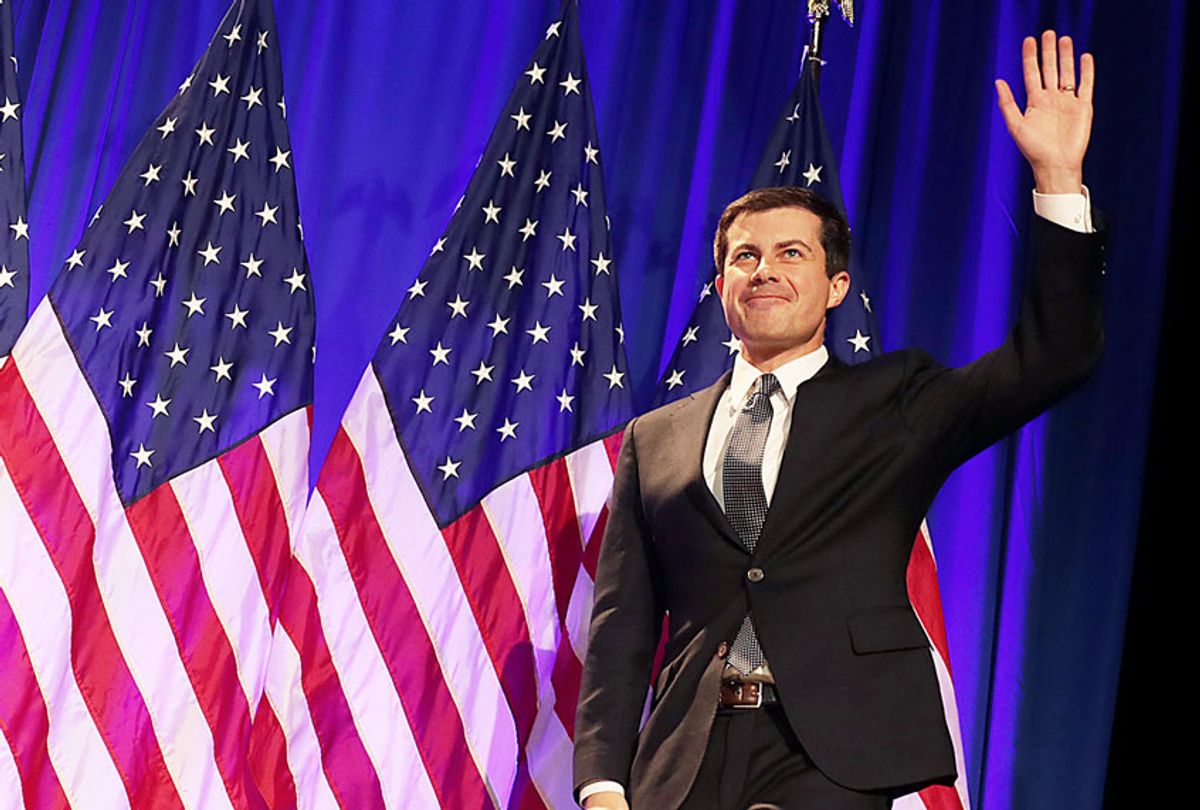 South Bend Mayor Pete Buttigieg released a position paper on Sunday that elaborates on the immigration policies he promises to pursue if elected president in 2020, although the campaign did not offer specifics when asked by Salon to detail what a pathway to citizenship would entail for undocumented immigrants.

In the immigration policy document released on Sunday, the Buttigieg campaign promises that as president, Buttigieg would "create a path to citizenship for the approximately 11 million undocumented people living in the United States who call this country home." The document does not elaborate on any concrete steps that the pathway to citizenship would entail for those who wish to follow it.

In response to a request for more specifics, the campaign spokesperson told Salon that the mayor wishes to focus on setting the right tone to establish that it would be a path for everyone, but declined to elaborate on what that would look like in terms of actual rules and requirements aside from saying that there were many ways in which this could be accomplished.

At another point in the document, the Buttigieg campaign writes that the mayor would "shift responsibility for processing centers to the Department of Health and Human Services," which it argues would "ensure proper care of asylum seekers." When asked about the implications this would have for the future of Immigration and Customs Enforcement (ICE), a campaign spokesperson told Salon that the mayor wishes to conduct a comprehensive review of both ICE and Customs and Border Protection (CBP) and is open to redistributing some or all responsibilities to other government agencies if the review deems it necessary.

One of the frontrunners for the Democratic presidential nomination, Sen. Bernie Sanders of Vermont, has argued that ICE should be abolished and its responsibilities redistributed. Sanders is alone among Democratic candidates in holding that position, with the other Democrats either calling for reforming how the agency operates, supporting ICE or not clearly establishing their position on the issue.

The document includes a number of policy promises that directly respond to initiatives begun by President Donald Trump. On one occasion the document harshly denounces the policy of separating children from their parents at the southern border.

"On Day One of my administration, we will reverse this administration's cruel and counterproductive immigration actions that take infants out of their mothers' arms, argue against children having toothpaste or soap, deport veterans, break up families, and sweep up workers in raids while heaving exploitative employers unpunished," the Buttigieg campaign writes.

The campaign also says in its position paper that "in his first 100 days, Pete will push for legislation that provides a mechanism to gain legal status and ultimately citizenship, including for people with temporary protections — Deferred Action for Childhood Arrivals (DACA), Temporary Protected Status (TPS), Deferred Enforced Departure (DED), and withholding of removal." Buttigieg's campaign also promises to "restore and extend temporary protections" that had been imperiled or eliminated by Trump.

As mayor of the medium-sized Indiana city of South Bend, Buttigieg attempted to help undocumented immigrants who were worried about being picked up by federal authorities.

“Parents had grabbed their kids from Harrison Primary Center and small shops closed for the day,” Buttigieg recalled in his memoir "Shortest Way Home: One Mayor’s Challenge and a Model for America’s Future." “After that day working the phones to verify this was all a false alarm, my staff and I added to our mayor’s office to-do list the creation of a phone tree in the event of immigration raids.”