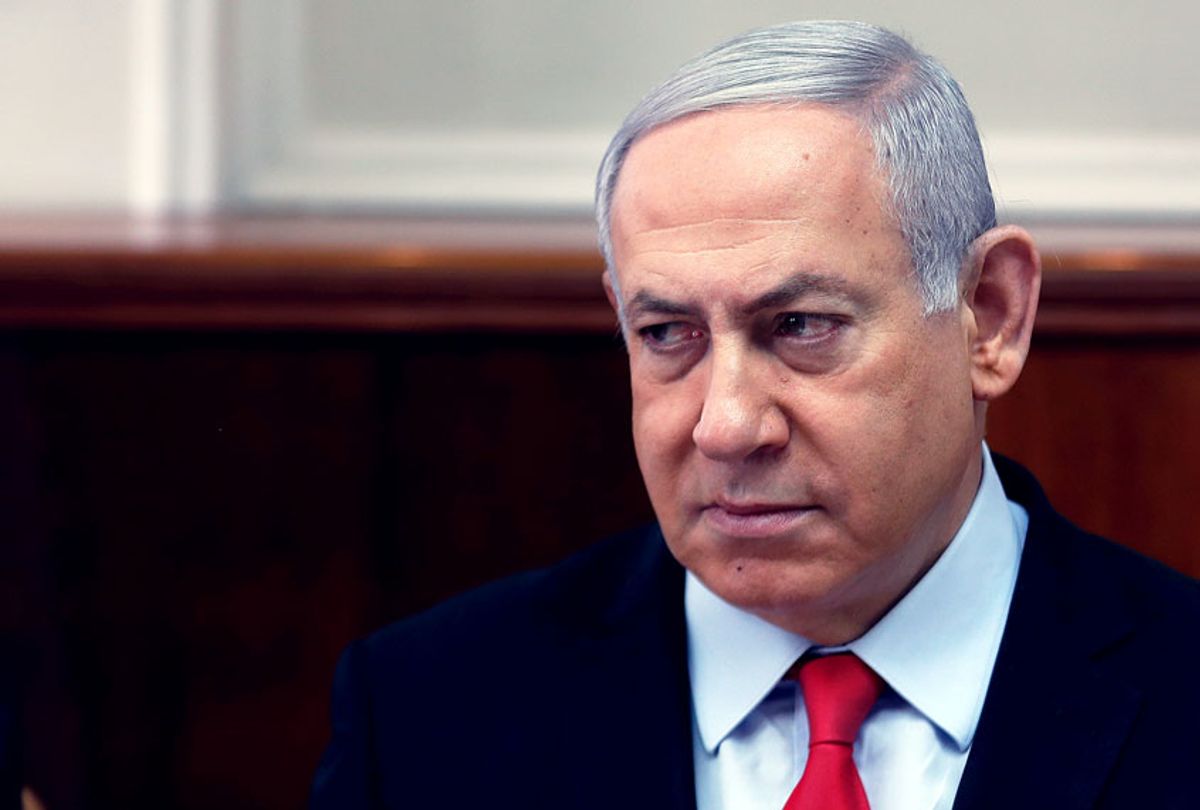 Israeli Prime Minister Benjamin Netanyahu fought for his political life Thursday as members of his conservative Likud Party voted on whether he should be replaced as its standard-bearer ahead of an upcoming general election in March.

In the end, Netanyahu earned more than 72.5 percent of the vote, according to results posted by the political party. The embattled prime minister's rival, meanwhile, garnered 27.5 percent support.

"Huge victory! I thank the Likud members for the trust, the support and the love," Netanyahu tweeted after polls had closed, according to a translation by CNN. "With God's help and with your help, I will lead the Likud to a great victory in the coming (March) election and we'll continue leading the state of Israel to unprecedented achievements."

Netanyahu was widely expected to win against challenger Gideon Sa'ar in spite of the numerous scandals plaguing his administration, according to The New York Times. Sa'ar ran against Netanyahu from the right by promising to annex territory in the occupied West Bank and to strengthen Israel’s settlement enterprise and land claims in the region. Though Netanyahu has also pledged to do these things, he has stopped short of following through on his vows amid international pressure.

Sa'ar avoided explicitly mentioning Netanyahu’s scandals during his campaign. But Netanyahu became the first sitting Israeli prime minister in history to be prosecuted last month when he was charged with bribery, fraud and breach of trust. The scandals that beset Netanyahu for months have taken a toll on the prime minister’s political clout, which was once significant enough to allow him to become the longest-serving prime minister in Israeli history.

In perhaps a final blow to the morale of Netanyahu’s campaign, a rocket from Gaza was launched at the prime minister while he campaigned in the Israeli city of Ashkelon. Netanyahu was hustled off stage and only returned after the rocket had been intercepted.

Netanyahu has struggled to retain his hold on power for nearly a year. Israeli prime ministers are elected through the nation’s parliament, known as the Knesset, with voters choosing the members who will represent them. After they have done so, the 120 Knesset members form coalitions to determine who will be in charge of their country; for a single prime minister candidate to win, a coalition of at least 61 Knesset members must support him or her.

Though Netanyahu originally won 65 seats during the April elections compared to 55 seats for Gantz, five members from ultra-Orthodox Jewish parties defected from Netanyahu’s coalition due to a dispute about whether ultra-Orthodox men were exempted from military service, which is mandatory for all Israelis. A second election in September failed to settle matters, with Gantz’s Blue and White party winning 32 seats and Netanyahu’s Likud Party winning 31, forcing both candidates to negotiate with smaller parties to create a governing coalition.