Pundits yearn for an Amy Klobuchar "surge" — but where's the evidence? 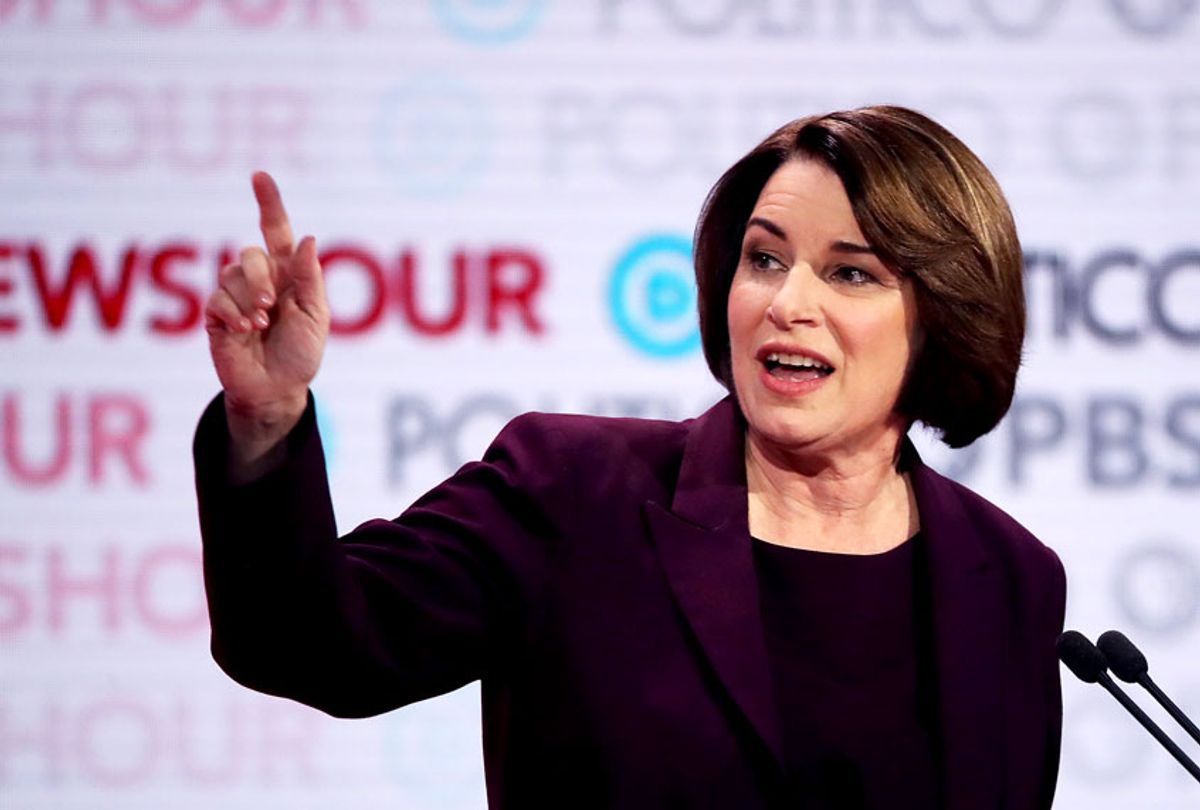 Various media pundits appear to be embracing the view that Sen. Amy Klobuchar of Minnesota is poised to shake up the 2020 Democratic presidential race after a strong showing in last week’s debate. This shared perception comes despite the fact that Klobuchar has shown little or no movement in either national or early-state polling.

Citing “a commanding debate performance” that “resulted in $1 million in donations flowing in during the 24 hours after the Los Angeles event,” Susan Milligan of U.S. News & World Report wrote on Tuesday that Klobuchar “is having a moment. And while it's still unclear if the senator from Minnesota can translate that into a longer-term rise in a still-crowded Democratic presidential primary, she is seizing her moment with six weeks before the Feb. 3 Iowa caucuses.”

David Siders of Politico had a similar observation, writing on Tuesday that “the Minnesota senator occupies a unique place in the Democratic presidential primary. She sits firmly outside the top tier of contenders. But she is the one candidate viewed widely in Iowa — by local party officials, campaign operatives and her competitors — as having the last, best chance to disrupt the caucus field.”

There are some indications that Klobuchar’s fortunes have improved since the Thursday debate. A Morning Consult poll this week found that her favorability rating has increased by 5 percentage points to 25 percent after the debate, and her campaign claims to have taken in more than $1 million by Friday night, according to The Hill.

At the same time, there is little polling evidence, either nationally or in the crucial early states of Iowa and New Hampshire, to suggest that Klobuchar has made significant headway with voters. She remains well behind Vice President Joe Biden, the consistent frontrunner, as well as Sens. Bernie Sanders and Elizabeth Warren and South Bend Mayor Pete Buttigieg. In the current RCP polling average, Klobuchar stands at 3.3 percent nationally, 6.3 percent in Iowa and just 2 percent in New Hampshire.

One notable moment of Thursday’s debate was when Klobuchar criticized Buttigieg for having "basically mocked the hundred years of experience on the stage" during the previous debate. After Buttigieg replied by claiming that Klobuchar had denigrated his experience during the break and he had wanted to let it go "because we got bigger fish to fry here," Klobuchar replied that "I don't think we have bigger fish to fry than picking a president of the United States."

Later, when Buttigieg tried to compare himself with Klobuchar over their respective abilities to get elected, the Minnesota senator told the South Bend mayor, "If you had won in Indiana, that would be one thing. You tried and you lost by 20 points. I'm sorry. That's just the math." That was a reference to Buttigieg’s 2010 campaign for Indiana state treasurer, which he actually lost by 25 points, or more than 400,000 votes, to Republican incumbent Richard Mourdock.

On Sunday Klobuchar insisted that one more debate be held before the Iowa caucus in February, even though it’s possible the Senate will be holding President Trump’s impeachment trial during that time.

"My first belief is we have to have the debate," Klobuchar told Margaret Brennan of "Face the Nation.” She pointed out that in the 1999 impeachment trial of Bill Clinton, "there were breaks in the day so we could get there. If that day doesn't work, there's plenty of other days. We know we don't have Sundays [during an impeachment trial] and there's going to be other days after that. We may just have to have the debate closer to the Iowa caucuses."