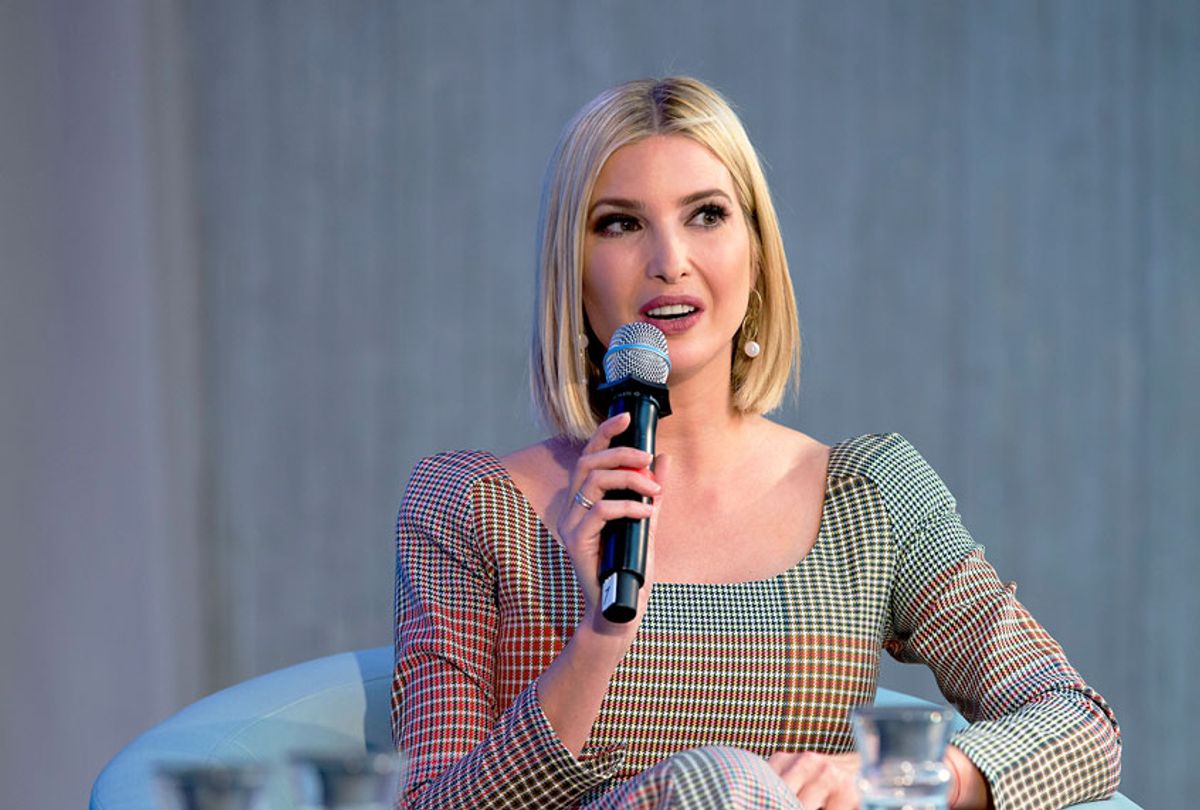 Ivanka Trump was roundly criticized on Twitter after the White House employee claimed that she could not help children victimized by her father’s family separation policy, because it was “obviously” not part of her “portfolio.”

During an appearance on the CBS program “Face the Nation,” Trump was asked by host Margaret Brennan whether her support for paid family leave translated into sympathy for migrant families separated at the border as a result of the administration's immigration policies. About 900 children remain torn apart from their parents, the CBS News anchor said on the Sunday broadcast.

“Immigration is not part of my portfolio, obviously,” Ivanka told Brennan. “I think everyone should be engaged, and the full force of the U.S. government is committed to this effort to border security — to protecting the most vulnerable. That includes those being trafficked across our border, which this president has committed to countering and combating human trafficking in an incredibly comprehensive, aggressive way. So the full United States government has been focused on this issue, starting with the president.”

Both interviewer and subject were knocked for the “Face the Nation” interview, with particular attention being paid to what critics claimed was a "softball" interview from Brennan.

“What a load of sh*t. What qualifies @IvankaTrump to have an opinion on anything she is talking about?” Newsweek columnist Naveed Jamali tweeted.

Broadcast journalist Soledad O’Brien tweeted that the interview was a “fail,” while Democratic strategist Adam Parkhomenko wrote: “The free passes given to Ivanka Trump make crystal clear how badly the political press is failing this moment in history.”

A few minutes earlier, he mocked the tone of the interview by tweeting: “Next week on Face the Nation, our panel debates whether Ivanka is the smartest most beautiful person in the country or the universe. Tune in!”

Meanwhile, Medhi Hasan, a columnist for The Intercept, tweeted a list of questions, which he believed should have been asked of Ivanka, ranging from her father’s impeachment trial and the sexual misconduct claims against him to the fact that the contractor which designed her clothing line does not offer paid maternity leave. He also described Brennan’s conversation with Ivanka as an “awful, softball, kid-glove interview.”

Stephanie Kennedy of The Democratic Coalition expanded the criticisms to Ivanka herself, citing her “not part of my portfolio” comment.

"We were not allowed to speak to children," Merkley said at the time. "So you had these rules that had been in the facility — it's either Department of Homeland Security or Health and Human Services — they are imposing two-week requirements, you have to seek a waiver, they don't want to do it except when they can fly in special minders to control everything you do while you're there. We are not able to exercise oversight if we can not get into a facility on brief notice and actually talk to the relevant people, be they staff or be they actual for example the children or adult prisoners."