The reduction of Kelly Marie Tran's part wasn't deliberate, but it does show Disney didn't care enough to fix it 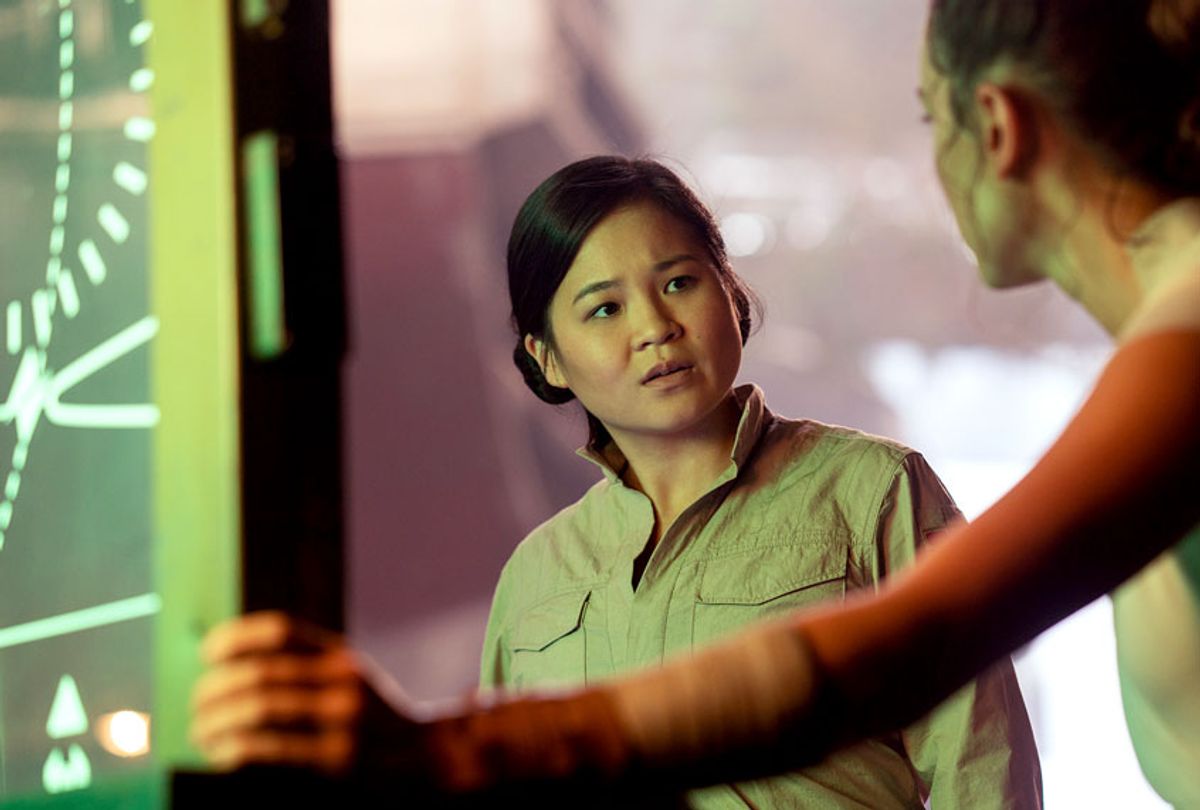 Rose Tico in "The Rise of Skywalker" (Walt Disney Studios)
--

Despite having a number of plot threads set up in "The Last Jedi," Kelly Marie Tran's character Rose Tico was nearly completely forgotten in "Star Wars: The Rise of Skywalker" (see my review here). Chris Terrio, who co-wrote the latest installment with J. J. Abrams, explained  that the controversial decision to reduce the role had nothing to do with ill will toward either the Resistance mechanic character nor the actress who played her.

Instead, the reduction in screentime had to do with the character arc of Princess-turned-General Leia, who was played by the late Carrie Fisher.  Her character continued to appear posthumously after "Force Awakens" through the use of previously shot footage and movie magic. This created limitations on the Leia scenes as the trilogy went on as less unused footage was available.

"Well, first of all, J.J. and I adore Kelly Marie Tran," Terrio told Awards Daily. "One of the reasons that Rose has a few less scenes than we would like her to have has to do with the difficulty of using Carrie’s footage in the way we wanted to. We wanted Rose to be the anchor at the rebel base who was with Leia. We thought we couldn’t leave Leia at the base without any of the principals who we love, so Leia and Rose were working together. As the process evolved, a few scenes we’d written with Rose and Leia turned out to not meet the standard of photorealism that we’d hoped for. Those scenes unfortunately fell out of the film."

He added, "The last thing we were doing was deliberately trying to sideline Rose. We adore the character, and we adore Kelly – so much so that we anchored her with our favorite person in this galaxy, General Leia."

Regardless of the motives, Disney's decision to reduce Rose Tico's role was read by many as a capitulation to a racist, sexist fanbase that rejected the character. And some fans were not buying any reasons or excuses. After all, if the character were so beloved, Disney could have beefed up Rose's storyline after having seen how little she was being used.

"Regardless of intention, her near-exclusion from the movie can ONLY read like Disney choosing to side with the most sexist, racist elements of its fanbase," said one "Star Wars" fan who participated in the #RoseTicoDeservedBetter hashtag.

Another Twitter user wrote, "I hope Kelly Marie Tran goes on to be in so many blockbusters and critically-acclaimed award-bait films over the next decade that she pulls a Gwyneth Paltrow and doesn't even remember being in Star Wars, because Star Wars definitely didn't remember HER."

Meanwhile the group The Nerds of Color tweeted that "So, #RoseTicoDeservedBetter is trending... BECAUSE SHE DESERVED BETTER."

Describing the initial harassment that she faced from "Star Wars" fans after appearing in "The Last Jedi," Tran wrote an editorial for The New York Times in which she wrote that "this is what it is to grow up as a person of color in a white-dominated world. This is what it is to be a woman in a society that has taught its daughters that we are worthy of love only if we are deemed attractive by its sons. This is the world I grew up in, but not the world I want to leave behind."

She concluded, "You might know me as Kelly. I am the first woman of color to have a leading role in a 'Star Wars' movie. I am the first Asian woman to appear on the cover of Vanity Fair. My real name is Loan. And I am just getting started."