"Star Wars: The Rise of Skywalker" review: A return to form brings the saga to a fitting end

For the second time, J. J. Abrams has saved the "Star Wars" franchise after his predecessors' missteps 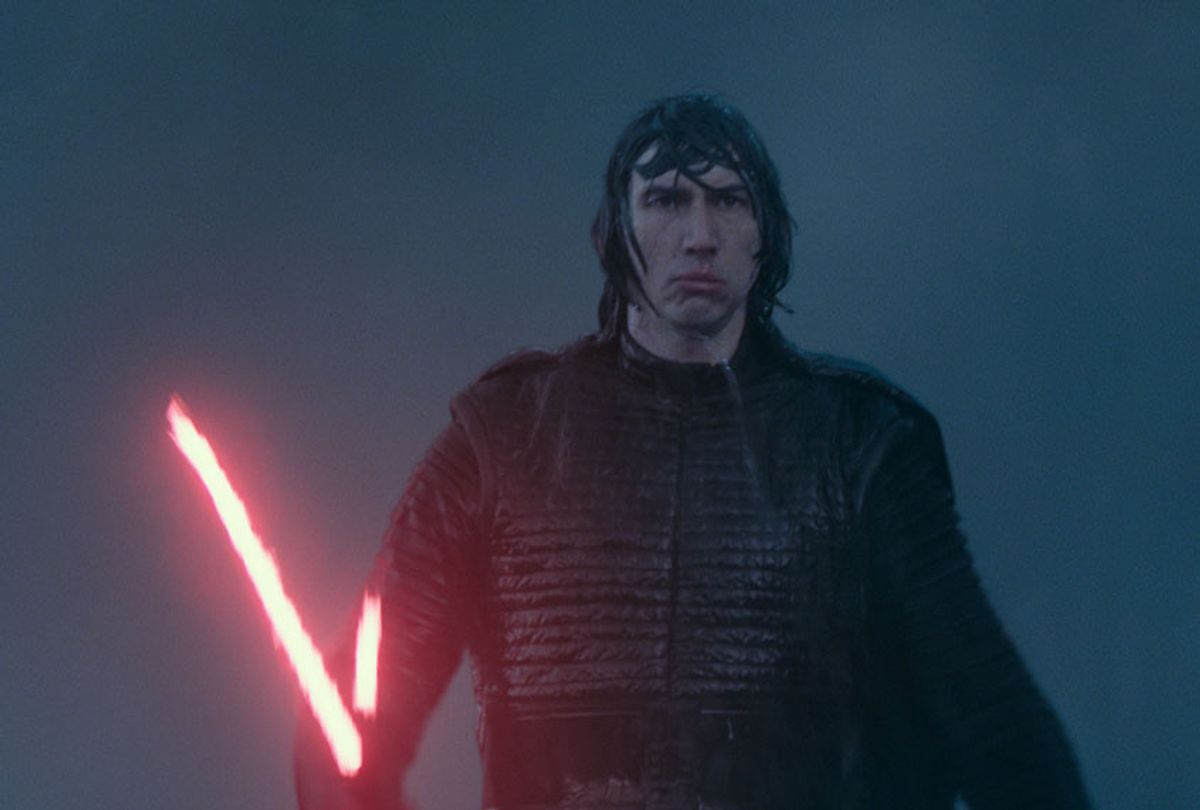 Warning! Some spoilers follow for "Star Wars: The Rise of Skywalker."

"Star Wars: The Rise of Skywalker" is as visually lush and action packed as you would expect from any "Star Wars" movie. The dialogue is clever, the pacing is brisk (its 144 minute running time flies by) and best of all, it leaves audience members with that inimitable glow that can only be felt after being immersed in a genuinely entertaining story. Because it recaptures the magic of the best "Star Wars" films — mainly the original trilogy and "The Force Awakens" — and avoids the pitfalls of the worst ones, particularly "The Last Jedi," it works as both a fitting conclusion to the Skywalker Saga and a quality popcorn flick.

Its main flaw is that — perhaps because it had so much to do and very little time in which to do it — the movie sometimes feels rushed, like it's packing in more than it can handle. This puts it in the same league as 2019's other big blockbuster, "Avengers: Endgame," which also had the unenviable task of needing to provide closure to numerous other films while telling its own satisfyingly self-contained story. Also like "Avengers: Endgame," it mostly succeeds, although at times the plot does strain under the weight of its responsibilities.

On that note, be warned that mild spoilers follow.

When "The Rise of Skywalker" begins, Rey (Daisy Ridley) is continuing her Jedi training while Poe Dameron (Oscar Isaac), Finn (John Boyega) and Chewbacca (Joonas Suotamo) learn a terrible secret from a mole in the evil First Order: Emperor Palpatine (Ian McDiarmid) used the "unnatural" powers from the Dark Side of the Force to survive and has been the secret antagonist of the sequel trilogy the entire time. Now it is up to our heroes to thwart Palpatine once and for all before he raises the Final Order and crushes what's left of the Resistance, even as Rey grapples with her intense connection to Kylo Ren (Adam Driver), on a mission to lure Rey over to the Dark Side with him.

Watching "The Rise of Skywalker," I couldn't shake the sense that director J. J. Abrams, his co-screenwriter Chris Terrio and their co-storytellers Derek Connolly and Colin Trevorrow were working to undo the damage wrought by "The Last Jedi," which is why that film has to be mentioned quite a bit in this review. (There is more than speculation going on here, as both Abrams and Ridley have criticized that movie.) When you view this film directly after "The Force Awakens" and "The Last Jedi," you feel like you've watched a three-act play in which the second act was crafted by an artist with a drastically different vision than the ones who wrote Act One and Act Three. That makes sense, given that J. J. Abrams also directed "The Force Awakens" while Rian Johnson wrote and directed "The Last Jedi." Overall it gives the "Star Wars" sequel trilogy a weirdly inconsistent tone, jumping from classical storytelling to meandering subversiveness, and then back to a classical approach.

That classical approach, which has been dismissed by some critics as "fan service," is actually just Abrams and crew appreciating and building upon what it is that people love about the "Star Wars" characters and universe. And if there is one thing that I've learned from initially panning a movie because I thought it had too much fan service, and then learning from the error of my ways, it is that fan service should not be dismissed simply for existing. It is only a problem if it isn't well executed.

In "The Rise of Skywalker," the fan service is executed very, very well. There are satisfying resolutions for the character arcs of Rey, Poe, Kylo/Ben, Chewbacca, Palpatine, General Leia (Carrie Fisher) and even the droids C-3PO and R2-D2. Abrams deserves particular credit for finding ways of integrating the existing footage of Fisher, who passed away in 2016, into the plot of this film. While this may not have been the character arc they had planned for Leia, one could easily watch this movie and not have guessed that Fisher had died three years before its release.

The film is also skilled at bringing back familiar locations for reasons other than stimulating nostalgic affection. Scenes that take place on Endor, Tatooine and other locales in which the earlier films were set don't feel shoehorned, nor do the reappearances of certain key characters from the saga. Yes, these are moments intended to please the crowds (which they did at the screening I attended), and certainly that approach can seem cheap and pandering when done incorrectly. If handled in a way that organically flows from the story, however, those references to earlier characters and locations are precisely what elevates individual scenes from good to great. There is no shame in being deeply moved when that happens.

"The Rise of Skywalker" also understands that subverting expectations is not in and of itself good storytelling; one has to have a larger vision for the story that makes sense. In "The Last Jedi," expectations were subverted for reasons that did not seem to fit within the grander scheme of the story. The idea of challenging the concepts of having Jedi and Sith was presented, then spontaneously abandoned at the end. Luke Skywalker gave up on his mission in a way that was quite uncharacteristic of him, and while that could have worked if the events which led to that decision were fleshed out in the plot, Johnson instead simply had Luke exposit why he acted as he did amidst scenes so abbreviated they barely count as flashbacks — a violation of one of filmmaking's cardinal rules, which is that you should show and not tell whenever possible. Some of Johnson's subversions even created plot threads that felt like a waste of time; the search for the Master Codebreaker, for example, fizzled out in a way that Johnson may have thought was clever misdirection, but instead came across like he had no idea what to do with the characters of Finn, Rose and BB-8.

By contrast, all the surprises and plot threads in "The Rise of Skywalker" serve a purpose and make sense. When we finally learn the story of Rey's parents, it is logical given the power that she has displayed and her origins as a scavenger who had been abandoned as a child. Each of the characters' missions and challenges are brought to tidy conclusions and wind up contributing to the climax in significant ways. The deviations from traditional "Star Wars" mythology are inspiring instead of insulting: The lesson of Rey's origin and her relationship to Luke and Leia, for example, firmly states that a Jedi's worth comes from her own actions and character.

Even the action scenes are better than in previous "Star Wars" films: While the fights were overly-choreographed in movies like "The Phantom Menace," here they have a raw, emotional quality to them. The characters aren't merely dancing around while swinging lightsabers, but feel like they are expressing their deepest feelings and motivations.

This is not to say that "The Rise of Skywalker" is without its flaws. Rose Tico (Kelly Marie Tran) is grossly underutilized, a subplot in which Finn seems ready to reveal key information to Rey is abandoned by the writers, and characters are a bit too on-the-nose in the beginning when discussing how Palpatine was behind the First Order's machinations the entire time. In a similar vein, while McDiarmid is fantastic as always in the role of Palpatine, his character's reintroduction is particularly rushed. You can catch how he was able to be revived if you pay attention closely, but this should have been a big revelation in the movie, and instead is handled in a perfunctory fashion.

These are minor quibbles, however, in a story that is ultimately extremely satisfying. I was surprised when I learned that "The Rise of Skywalker" had a 56 percent score on Rotten Tomatoes, placing it below the stilted and padded out "Attack of the Clones", which is at 65 percent, as well as the already-discussed  "The Last Jedi," which stands at an inexplicable 91 percent. While I doubt the critics' disappointment will hurt this film's box office results, I hope it is not a blot on its overall legacy. "The Rise of Skywalker" had a big role as the closing chapter of what can literally be described as a trilogy of trilogies: The three prequels, the three sequels and the three originals. The expectations could not have been higher, and this film deserves credit for meeting them, if not quite surpassing them.