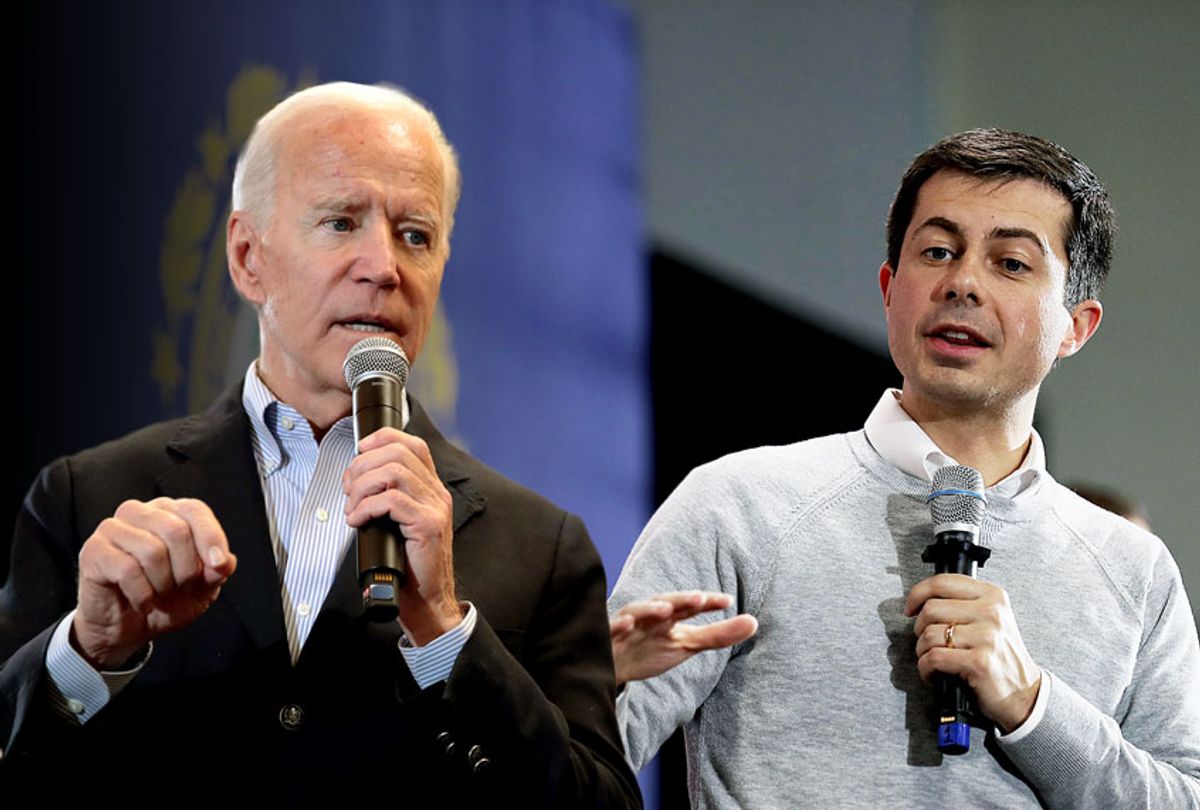 South Bend Mayor Pete Buttigieg took aim at Democratic frontrunner Joe Biden this week, hitting out at the former vice president’s vote for the Iraq War and his son’s controversial position at a Ukrainian energy company.

Biden’s son Hunter found himself at the heart of a Trump-world conspiracy theory, which ultimately led to the president’s impeachment. However, numerous Obama-era officials have also criticized the Biden after his son took a position on the board of the Ukrainian energy firm Burisma while he was still vice president.

Buttigieg told the Associated Press on Monday that he “would not have wanted to see” his son serving on the Burisma board and vowed that his administration would “do everything we can to prevent even the appearance of a conflict.”

“That’s very important, because as we see, it can create a lot of complications even when there is no wrongdoing,” he said.

Nonetheless, Buttigieg stressed that the Hunter Biden issue is mostly a distraction from Trump’s alleged wrongdoing.

“I think this is being used to divert attention from what’s really at stake in the impeachment process. There’s been no allegation, let alone finding of any kind of wrongdoing,” he said. “I just think it’s the wrong conversation to be having right now, though, given the spectacular misconduct that we have already seen in facts that are not in dispute, where the only argument to be had is over whether it rises to the level of removal.”

Buttigieg’s comment about Biden came one day after he called out the former vice president for his vote to back the Iraq War.

“This is an example of why years in Washington is not always the same thing as judgment,” Buttigieg in an Iowa Public Television interview, according to the AP. “He supported the worst foreign policy decision made by the United States in my lifetime, which was the decision to invade Iraq.”

Buttigieg also criticized the vote during an earlier stop on his Iowa swing.

“It’s certainly a question that reflects on foreign policy judgment at a time like this when it’s so precarious for the people of the U.S.,” he told reporters. “Obviously, my judgment is different when it comes to a lot of these issues.”

Biden countered Buttigieg’s criticism on the campaign trail by insisting that he only voted to authorize military force in Iraq, because President George W. Bush “promised” him that he was “only” trying to get inspectors in.

"From the moment 'shock and awe' started, from that moment I was opposed to the effort, and I was outspoken as much as anyone at all in the Congress and the administration," Biden claimed at the time.

But Biden was outspoken about his support for the military action in Iraq long after it became clear that the operation had little to do with getting inspectors in.

"Nine months ago, I voted with my colleagues to give the president of the United States of America the authority to use force and I would vote that way again today,” he said in a 2003 Brookings Institution speech.

Though Biden frequently criticized the Bush administration’s handling of the war, Biden continued to defend his vote in 2004.

"I'm convinced that we can still succeed if we level with the American people about the costs and the risks if we develop a coherent plan for success," he said in April of 2004.

Biden finally admitted he made a mistake in November 2005 in an interview on “Meet the Press.”

Buttigieg has been trying to make the case for weeks that he has the experience to compete with the other Democratic contenders. Buttigieg has touted his experience as a Navy intelligence officer in Afghanistan and recently picked up more than 200 foreign policy endorsements.

The 37-year-old mayor has surged to the top of the Iowa polls and is among the top contenders in New Hampshire. But Buttigieg is still in single-digits in national polls, trailing Biden, Sen. Bernie Sanders, I-Vt., and Sen. Elizabeth Warren, D-Mass.