Bernie Sanders out raised $34.5 million, the largest for any Democratic presidential candidate in the 2020 cycle 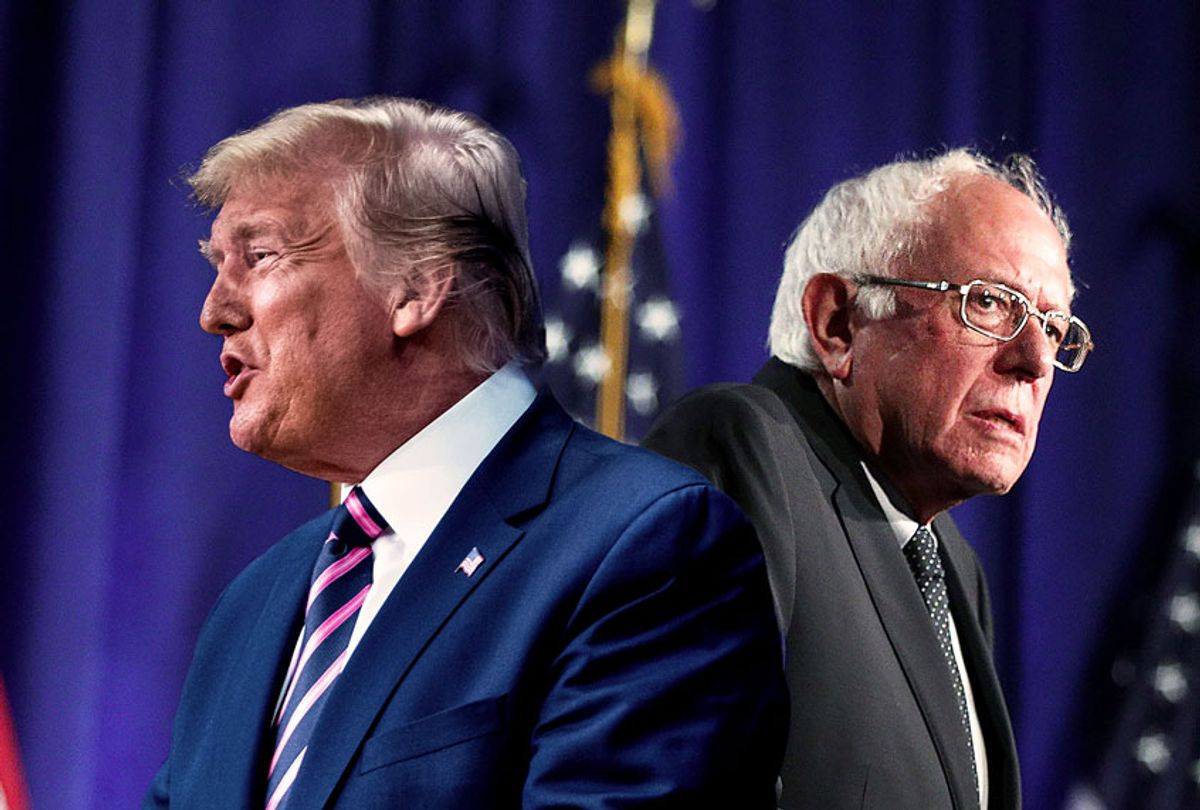 President Donald Trump took to Twitter to boast about raising $46 million for his re-election campaign during the final quarter of 2019, a feat which he partially attributed to alleged backlash to his impeachment.

Trump quoted a New York Post editorial speculating that Democrats had "shot themselves in the foot” and "alienated independents” after his campaign raised $10 million in the two days after the impeachment vote. He added that the “partisan Witch Hunt is hurting our Country do badly [sic], & only bringing more division than ever!”

The president's tweets were echoed by Brad Parscale, his campaign 2020 manager, who in a statement following the announcement of the $46 million haul said, “Democrats and the media have been in a sham impeachment frenzy, and the president’s campaign only got bigger and stronger with our best fundraising quarter this cycle.”

The Trump campaign has openly capitalized on impeachment, sending out fundraising requests to potential donors, which characterize the constitutional process as an alleged attempt to reverse the verdict of the 2016 presidential election. Whether for that reason or another, Trump's final fundraising quarter of 2019 surpassed the total of $42 million raised by former President Barack Obama during the final quarter of 2011, which occurred at an analogous time during his re-election campaign.

Trump managed to out raise the major Democratic presidential candidates who have released their fundraising results from the same frame. And the $46 million haul is not the extent of his war chest, either. The Republican National Committee has not yet released its fundraising figures for the fourth quarter, though it is known that the group has seven times as much cash on hand as the Democratic National Committee.

Sen. Bernie Sanders of Vermont raised $34.5 million in the final quarter of 2019, a figure which his campaign announced on Thursday. This is more than any other Democrat so far during the three-month period. It brings Sanders' total fundraising efforts for 2020 to $96 million, which he has received from more than 5 million individual contributors, according to his campaign. Sanders’ impressive results were the largest for any Democratic presidential candidate in a single quarter this election cycle.

The candidate with the next highest total after Sanders was South Bend Mayor Pete Buttigieg, who raised $24.7 million in the final quarter of 2019, according to CNN. Buttigieg was followed by former Vice President Joe Biden, who netted $22.7 million in the same time frame. Sen. Elizabeth Warren of Massachusetts, another top contender, has not yet released her figures, though her campaign sent out an email to supporters prior to the Dec. 31 deadline stating that it had brought in $17 million and hoped to finish the quarter with $20 million.

Another candidate who pulled in an impressive fundraising haul was entrepreneur Andrew Yang, who raised $16.5 million in the last quarter. This included $4 million, which the campaign says was raised on New Year’s Eve after it had set a fundraising goal of $3 million for that period. Yang has been stuck in the middle tier of candidates in the polls for most of the Democratic primary race, though the entrepreneur has managed to stay it longer than many senators and governors.

Rep. Tulsi Gabbard of Hawaii raised $3.4 million in the final quarter of 2019, a slight improvement over her numbers from the previous quarter but far behind the top of the pack.